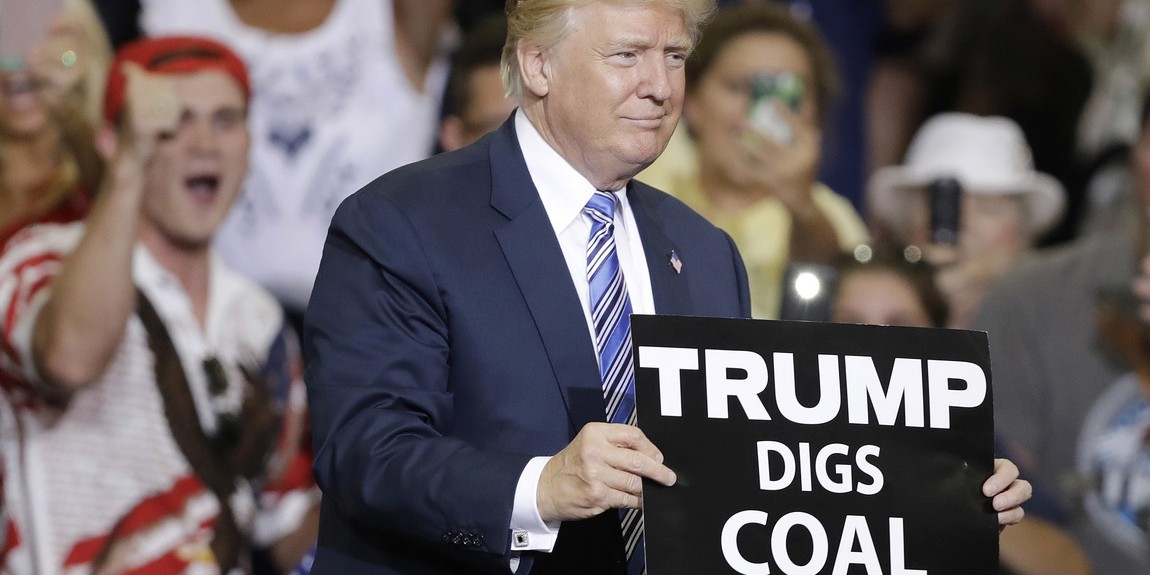 President Donald Trump, citing the need for economic stimulus, signed an executive order on Thursday that would allow key energy and infrastructure projects to move forward without required environmental reviews. This includes such projects as highways, mines, and pipelines.

In other words, it uses the cover of the US’ current emergencies to ram through polluting projects. That means agencies like the Environmental Protection Agency would be able to waive provisions put in place by laws like the National Environmental Policy Act (NEPA).

It is far from clear that the president has the legal authority to do this. NEPA is a clear directive from Congress to federal agencies that the president cannot ignore or change unilaterally. This is also very bad public policy. Pipelines and other infrastructure can do great environmental harm. Their impact should be carefully examined, as NEPA requires, before they are allowed to go forward.

Instead of trying to ease the pain of a nation in crisis, President Trump is focused on easing the pain of polluters.

Abusing emergency powers to deep-six necessary environmental reviews is utterly senseless. These reviews are required by law to protect people from industries that can harm our health and our communities. Getting rid of them will hit those who live closest to polluting facilities and highways the hardest — in many of the same communities already suffering the most from the national emergencies at hand.

Americans are crying out for leadership to confront racist violence and stop the spread of a deadly pandemic. This administration is not only ignoring those cries — but piling on the burden. We will not let this stand.

So what are the chances of groups like the NRDC legally overturning this executive order? Samir Abdelnour, a lawyer with the environmental practice at California law firm Hanson Bridgett, said:

We should expect immediate challenges to this executive order, first seeking an injunction to keep it from going into effect, followed by challenges to specific projects impacted by the order. What we’ve seen with previous executive orders from this president is that district courts are willing to grant nationwide injunctions to block them, but the Supreme Court has been relatively hostile to such nationwide injunctions.

On the other hand, the Supreme Court has recently decided two significant environmental cases arguably in favor of environmentalists — in the County of Maui and Atlantic Richfield cases — with Chief Justice Roberts joining the Court’s liberal wing to expand the potential scope of environmental relief available to plaintiffs.

Electrek’s Take: The rest of the world, including China, are putting together economic stimulus packages that build in sustainability and renewables. But the Trump administration is taking every opportunity to roll them back. To put it bluntly, this is insanity, and Trump needs to be stopped. This is Naomi Klein’s “shock doctrine” embodied: “Using the public’s disorientation following a collective shock to push through radical pro-corporate measures.” Shame on this administration for putting Americans’ health — particularly people of color — at risk by greenlighting polluting projects without regulation.

The nonprofit financial think tank Carbon Tracker has released a new study, “Decline and Fall: The Size & Vulnerability of the Fossil Fuel System,” that states that the energy transition is disrupting the entire fossil fuel system, with profound consequences for financial markets and geopolitics.

Carbon Tracker asserts that “falling demand, lower prices, and rising investment risk is likely to slash the value of oil, gas, and coal reserves by nearly two-thirds, increasing the risk and likelihood of stranded assets.”

The report predicts a 2% decline [in line with the Paris Agreement] in demand for fossil fuels every year could cause the future profits of oil, gas, and coal companies to collapse from an estimated $39 trillion [by the World Bank] to just $14 trillion.

A study has found that the value of the world’s fossil fuel reserves could fall by two-thirds, sooner than the industry expects, because the COVID-19 crisis has hastened the peak for oil, gas and coal demand.

Now is the time to plan an orderly wind-down of fossil fuel assets and manage the impact on the global economy rather than try to sustain the unsustainable.

The country is aiming for hydrogen capacity of up to 5 gigawatts by 2030, with a further 5 gigawatts to be installed by 2040 at the latest, according to Reuters.

The measures are aimed at making Germany the world’s supplier of state-of-the-art hydrogen technology.

The German government also intends to explore the possibility of creating a European-wide hydrogen initiative. It will present a full strategy soon.