Tesla has removed its mention of free Supercharging on new Model S and Model X orders as part of its new price cuts.

As we reported last night, Tesla has cut prices across its lineup except for Model Y.

For Model 3, there doesn’t seem to be any changes to the vehicle to compensate for the price cut, but Model S and Model X are losing their free unlimited Supercharging.

For the first few years of the Model S and Model X programs, unlimited free Supercharging has been one of the top perks that Tesla was offering to its customers.

“Sorry, it’s not really sustainable at volume production and doesn’t incentivize optimal behavior. We probably should have ended this earlier.”

After that, Tesla still brought back free Supercharging as an incentive to sell inventory cars and even the Model 3 during a few periods in 2018.

For a while, ‘Free Unlimited Supercharging’ was also linked to Tesla’s owner referral program, but the automaker has since restructured the program.

Lately, the only way to buy a Tesla with free Supercharging was to buy a used car from Tesla, but the automaker later brought back the perk for new Model S and Model X vehicles, which have seen major downturns in demand over the last few years. 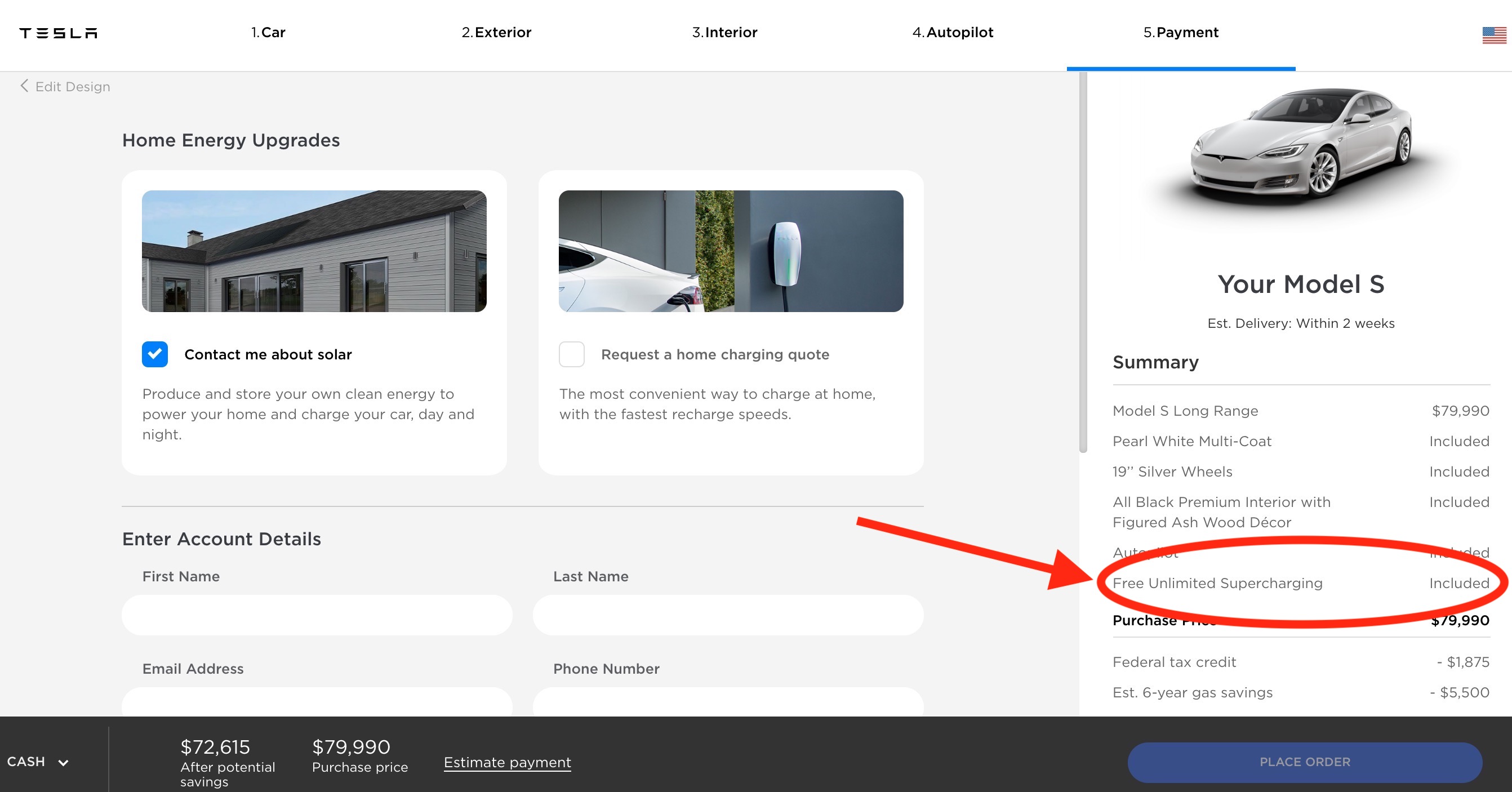 The End of Tesla’s Free Supercharging?

After Tesla’s price cuts last night, the mention of ‘Free Unlimited Supercharging’ has been removed from Model S and Model X configurators:

New buyers can also get 1,000 free Supercharging miles for all new vehicles by using a referral code from a current owner.