Tesla is bringing back its ‘Free Unlimited Supercharging’ perk for new Model S and Model X buyers even though CEO Elon Musk called it “unsustainable”.

For the first few years of the Model S and Model X program, unlimited free Supercharging was been one of the top perks that Tesla was offering to its customers.

“Sorry, it’s not really sustainable at volume production and doesn’t incent optimal behavior. We probably should have ended this earlier.”

After that, Tesla still brought back free Supercharging as an incentive to sell inventory cars and even the Model 3 during a few periods last year.

For a while, ‘Free Unlimited Supercharging’ was also linked to Tesla’s owner referral program, but the automaker has since restructured the program.

Lately, the only way to buy a Tesla with free Supercharging was to buy a used car from Tesla, but it’s no longer the case since last month.

However, we now learn that Tesla is bringing back the incentive for Model S and Model X buyers. 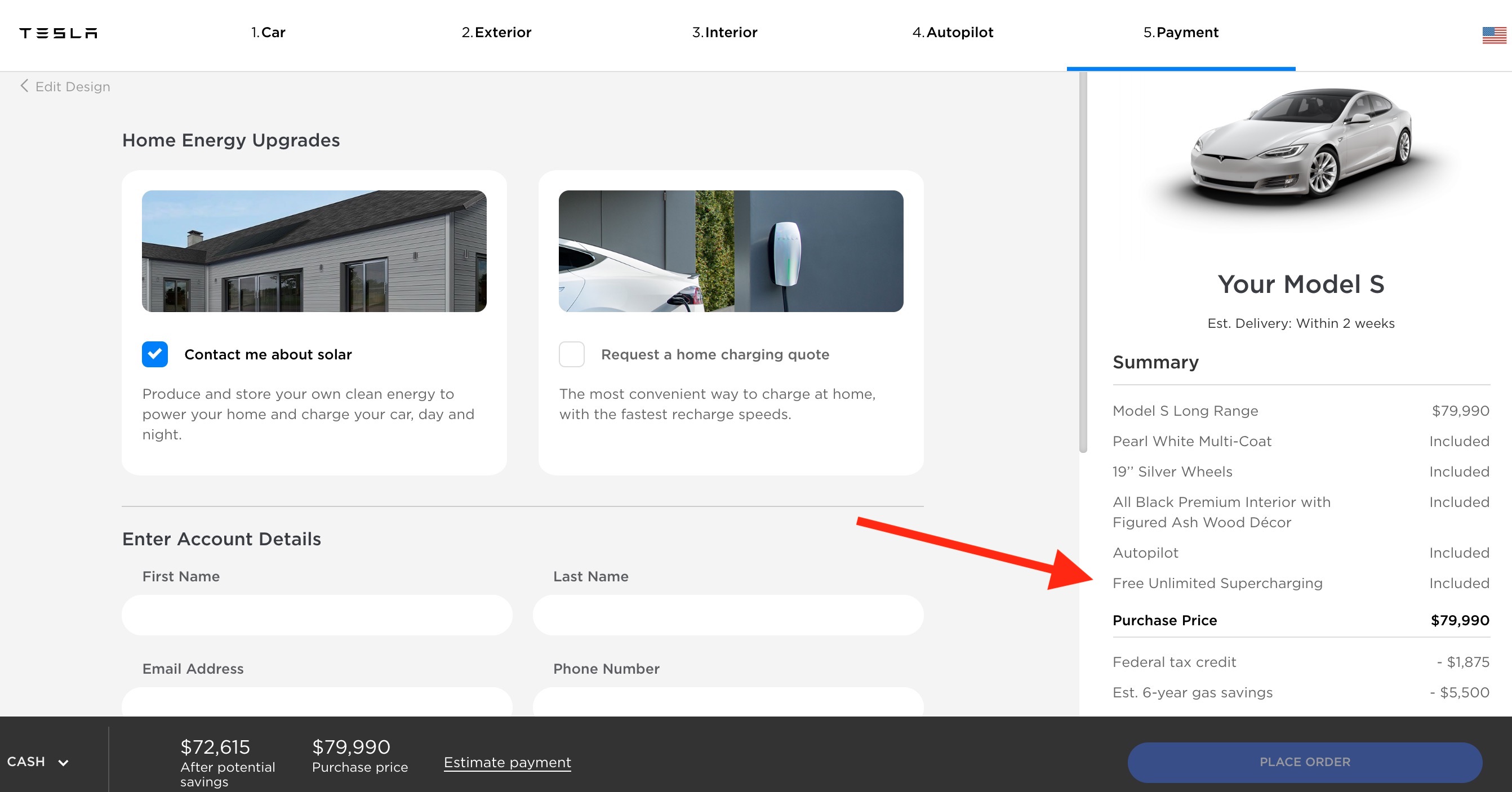 Electrek saw a memo that Tesla sent to the sales staff today confirming the change and noted that the ‘Free Unlimited Supercharging’ is for the time of ownership of the vehicles and is not transferable.

Unlike the previous reintroductions of the perk, there doesn’t seem to be a deadline this time, according to the memo.

We contacted Tesla about bringing back the ‘Free Unlimited Supercharging’ for Model S and Model X and we will update if the company releases a comment.

So much for being “unsustainable.”

I have to assume that it is related to lower Model S and Model X sales over the last few quarters. Buyers have been preferring the Model 3 and its higher charge rate at Supercharger stations.

While new Model S and Model X won’t be able to achieve the same 250 kW top charge rate, they will at least be using the station for free – or included in the price, I should say.