Following the rise of consumer drones and improved battery capacity, electric vertical take-off and landing aircraft (eVTOL) with the capacity for passengers has become possible.

Many companies are currently developing different versions of the technology to enable electric air taxi services, and automakers have gotten onboard.

Daimler invested in all-electric air taxi startup “Volocopter,” which already has working prototypes. Porsche also announced that it is building an electric vertical takeoff and landing aircraft with Boeing.

Aircraft makers like Airbus have also launched a project to make eVTOLs a reality.

Now a new player backed by deep pockets and with engineers coming from several of the previously mentioned companies is coming out of stealth mode.

In a press release announcing the launch of the company, called Archer, they announced that Marc Lore, the CEO of Walmart eCommerce, is the largest investor in the company.

Lore commented on the launch:

“As we look towards the future of transportation, it’s essential to invest in solutions that work to reduce traffic congestion and environmental impact while providing consumers with the swiftest, safest alternatives. I am a firm believer in Archer and the role it will play in ushering in the next age of urban travel.”

They announced details on their plan to build an eVTOL aircraft with a range of 60 miles on a single charge:

Based in Palo Alto, Archer is dedicated to reshaping urban air mobility, focusing on saving time for users in urban areas. Archer is designing a fully electric aircraft that will take off and land vertically, and can carry four passengers for up to 60 miles at speeds of up to 150mph, all using today’s battery technologies. The battery powered aircraft aims to provide a faster, sustainable, and affordable urban transportation option. Archer’s unique design will also offer passengers increased safety while producing minimal noise compared to helicopters.

Here’s how they calculate their range based on a 143 kWh battery pack: 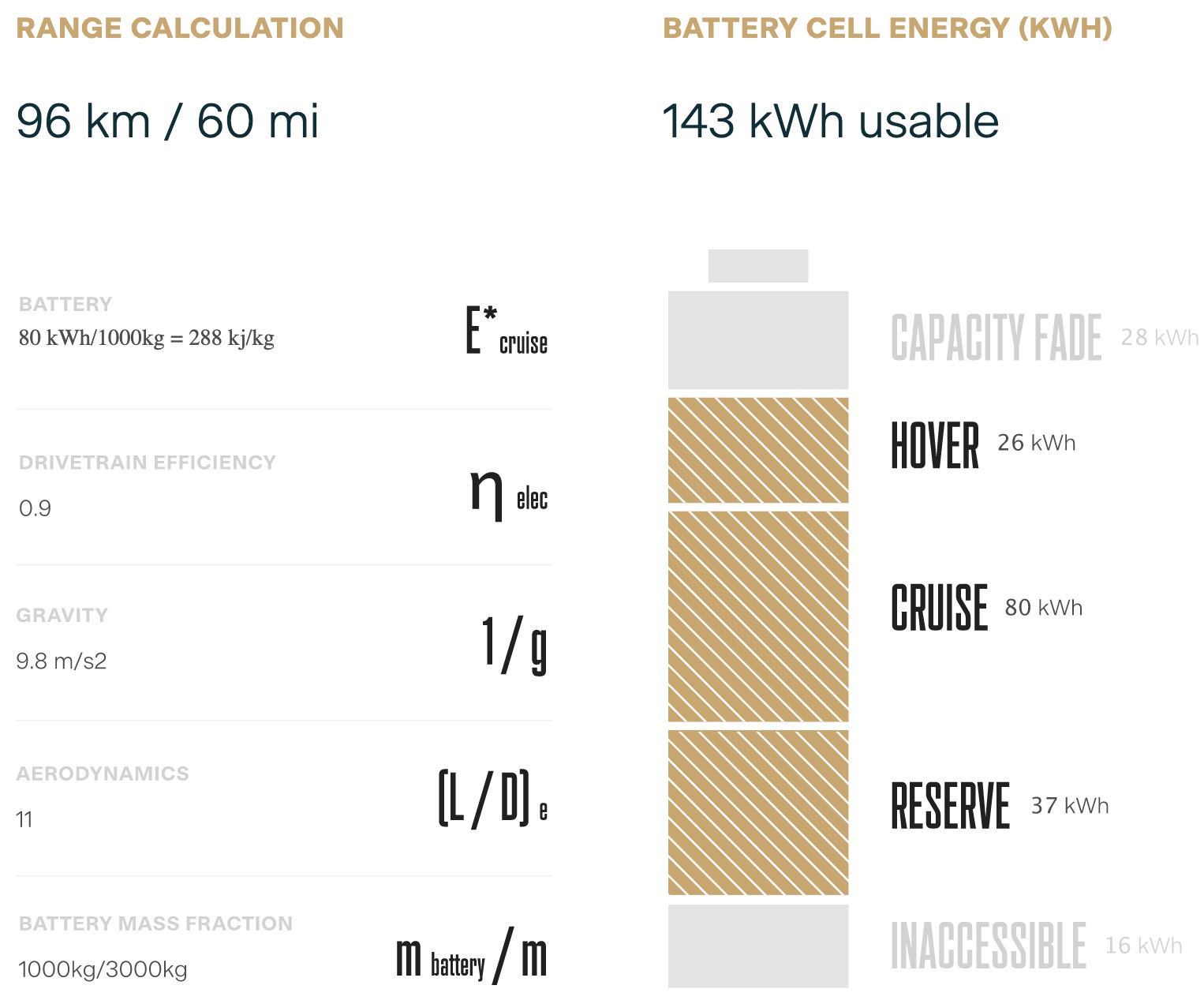 Archer is staffed with top engineers who have already been working on electric aircraft for years at Joby, Airbus Vahana, and Wisk.

They didn’t offer a timeline for bringing the aircraft to production or the electric air taxi service that they plan to be powered by the aircraft.