Elon Musk released an impressive chart of the impact of the pandemic on Tesla Supercharger use over the last few months.

With stay-at-home orders and travel restrictions being put in place in many markets, gasoline sales are way down.

Musk decided to release an interesting chart of the usage of Tesla’s Supercharger network in different regions over the pandemic.

The chart shows that Tesla’s Supercharger network in China saw a massive reduction in use in late January through February: 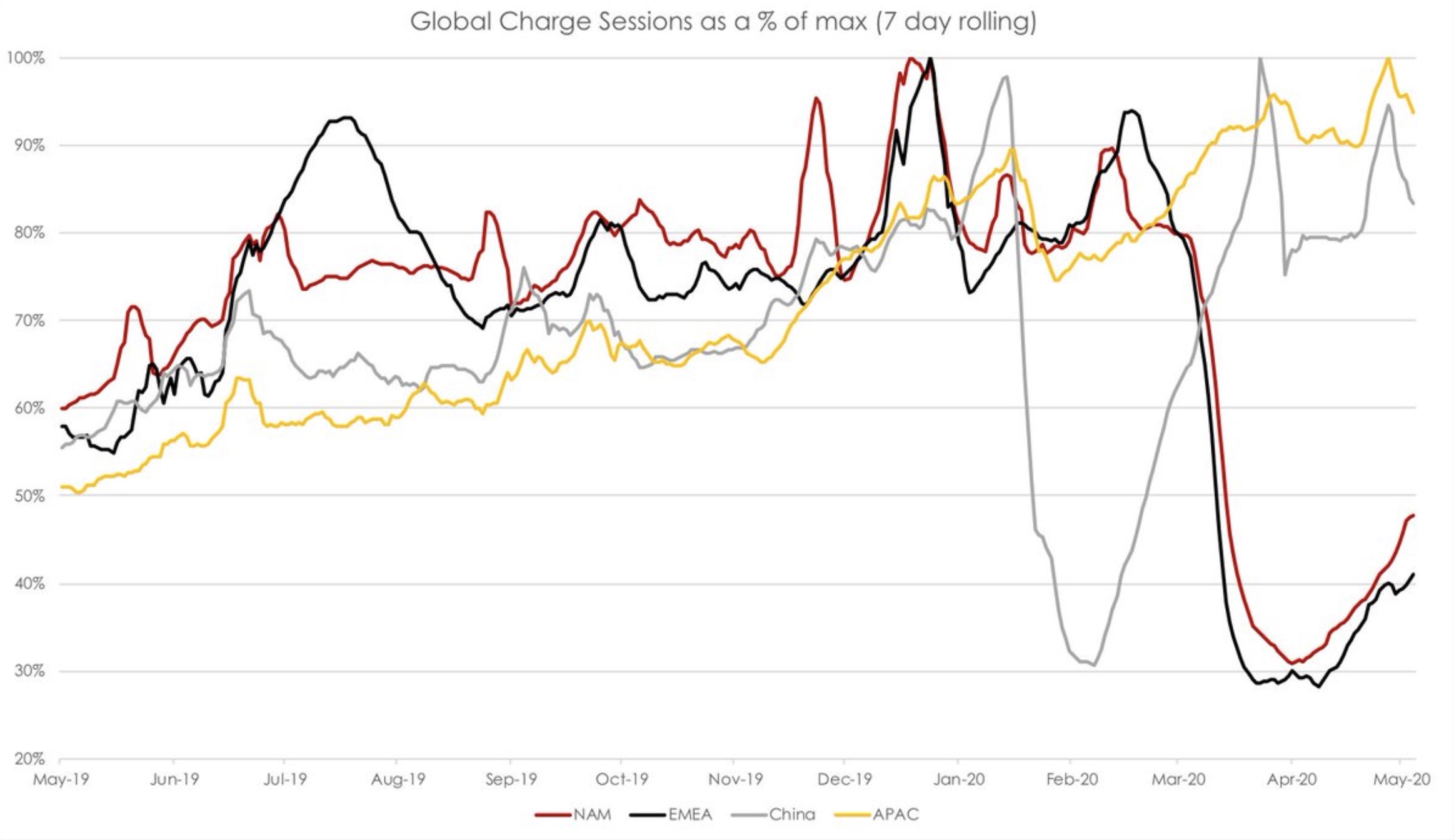 Interestingly, the chart shows a “V” shape recovery in Supercharger usage in China and a second wave of slower use in April.

In comparison, restrictions in Europe and North America happened about a month later, resulting in a similar rapid drop in Tesla Supercharger usage, but the recovery has been different.

It is a much slower recovery as restrictions are slowly being lifted in some North American and European markets.

Most interestingly, the Asia Pacific, which in this case excludes China, saw only a small drop in February, and it was not only back to normal but kept hitting new highs.

It’s important to note that for most Tesla owners, Superchargers are not the main way for them to charge their cars.

Most owners charge their vehicles at home and only periodically charge at Supercharger stations — mainly to travel longer distances, like road trips.

This is really interesting.

Of course, this pandemic is a much more complex issue than anything that can be explained by a Supercharger usage chart, but it’s still interesting data.

It’s insane how quickly Supercharger usage recovered in China compared to what is happening in Europe and in North America.

But that’s not as impressive as APAC — though without China, I assume that it mainly consists of Australia, New Zealand, and Japan, and those have been smaller markets for Tesla.

Nonetheless, the small slowdown in usage seems to indicate a significantly different impact than in the other markets.