EGEB: Seattle will permanently close 20 miles of streets to most vehicles 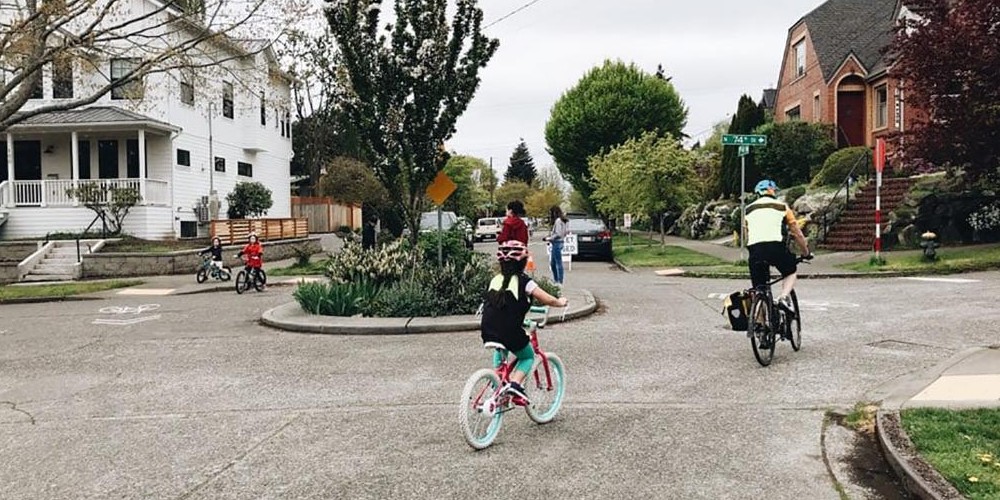 Seattle mayor Jenny Durkan announced Thursday that nearly 20 miles of Seattle streets will permanently close to most vehicle traffic by the end of May, reports the Seattle Times.

Cities such as Seattle and Oakland closed streets to car traffic to give people a chance to socially distance while exercising during the pandemic. Seattle is going to make this a permanent step after the statewide stay-at-home order is lifted in order to reduce emissions. Walking and cycling may just be the greenest form of transport there is.

Residents, delivery drivers, garbage and recycling workers, and emergency response vehicles can continue to use the streets, but no through traffic is allowed.

As we assess how to make the changes that have kept us safe and healthy sustainable for the long term, we must ensure Seattle is rebuilding better than before. Safe and Healthy Streets are an important tool for families in our neighborhoods to get outside, get some exercise and enjoy the nice weather. Over the long term, these streets will become treasured assets in our neighborhoods.

Coal mines that have been dormant for more than 80 years in northeast England will be transformed into a green energy heating system as part of a new £7 million renewable energy plan.

The heating scheme will tap geothermal energy from the flooded underground mines of the former Hebburn Colliery east of Newcastle to heat South Tyneside Council buildings.

It is expected to deliver a reduction of 319 tonnes of carbon emissions a year, which will make it a key component in our drive to make the council carbon neutral by 2030. It will also help us meet our obligations to upgrade the energy performance of fuel-poor homes as it will be used to heat one of the town’s residential high-rise blocks.

The minewater heating system will be powered by solar panels.

Minnesota’s Great River Energy will close the Coal Creek Power Station in North Dakota several years early because it says it is losing too much money, despite being adjacent to a coal mine. It will close one of the largest power plants in the US upper Midwest in the second half of 2022.

It will be replaced with new wind farms, including four in Minnesota. Great River said its carbon dioxide emissions will fall by 95% from the Minnesota benchmark year of 2005.

The real driver for this decision is economics.

[The drop in emissions] is not a driver of [closing Coal Creek], but it is a significant side benefit.

When the transformation is complete, Great River expects that two-thirds of its electricity will come from wind turbines. Much of the rest will come through purchases in the regional wholesale electricity market.

Electrek’s Take: So Saggau doesn’t see dropping emissions as a driver for shutting down coal. It’s about money for Great River. But ultimately, who cares? Economics, saving the environment: same result. Goodbye, Coal Creek Power Station, and hello wind farms. We all win in the end, regardless of motive.