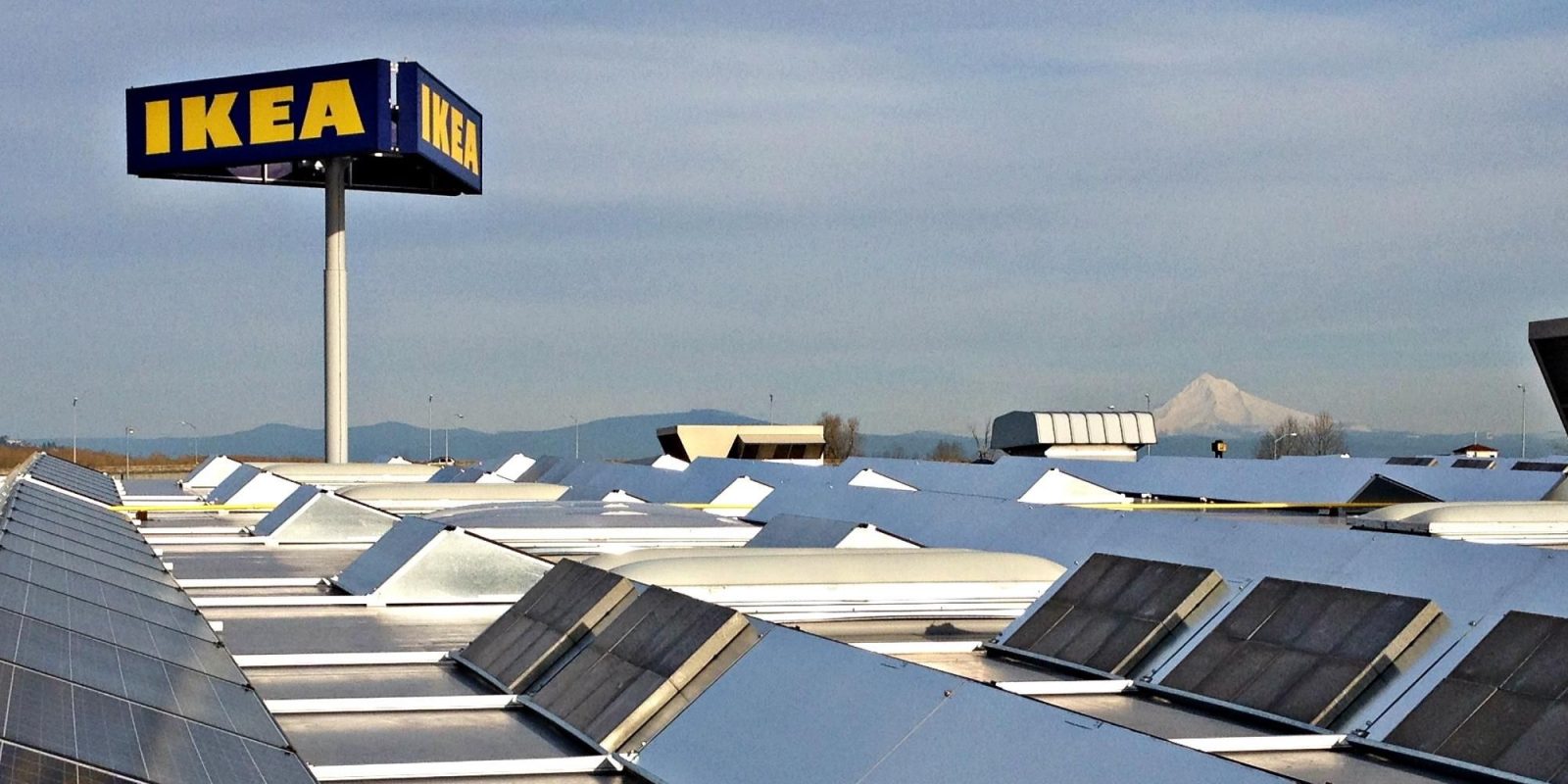 In 2019, IKEA spent $2.8 billion on green energy. That money bought 1 million solar panels on 370 of its stores and warehouses, 535 wind turbines, and two solar parks. The Swedish furniture giant will only use renewable and recyclable materials by 2030. It’s also going to stop using single-use plastics. Further, it’s aiming for zero-emission home deliveries by 2025.

It’s a fantastic initiative, and more retailers need to follow IKEA’s example. If a company of this size can do it, and Costco, Target, and Walmart are too, then why can’t all big chains? Think about all that roof space. They’re doing it because it’s cheaper.

Thank you @IKEA for leadership in the circular economy.

The world’s biggest furniture retailer, plans to use only renewable and recycled materials in its products by 2030.#CircularEconomy #recycle #sustainability #innovation #reuse via @wefpic.twitter.com/cTULmXmnkA

Top American and British economists, including Nobel laureate Joseph Stiglitz and Lord Nicholas Stern, published a paper on Tuesday that asserts that the most effective coronavirus stimulus packages will also focus on reducing carbon emissions.

The paper’s introduction points out that the COVID-19 crisis could mark a turning point in climate-change progress, but that emissions could increase once economies recover, unless governments intervene.

They concluded that boosting green energy would create more jobs, deliver more short-term returns, and save more in the long term.

Hydrogen and steel success in Sweden

Ovako and Linde Gas jointly ran a trial that used hydrogen instead of liquefied petroleum gas to re-heat steel before rolling at the group’s mill in Hofors, Sweden, according to Kallanish Energy.

This is a major development for the steel industry. It is the first time that hydrogen has been used to heat steel in an existing production environment. Thanks to the trial, we know that hydrogen can be used simply and flexibly, with no impact on steel quality, which would mean a very large reduction in the carbon footprint.

Ovako is now evaluating investment options to roll out the scheme in all its rolling mills.