Tesla’s head of AI, Andrej Karpathy, released a bunch of new data about Autopilot and its features in a new presentation.

Unlike most automakers and tech companies working on autonomous driving, Tesla doesn’t only rely on an internal test fleet or simulations to collect data.

The automaker is leveraging its large customer fleet of electric vehicles equipped with an extensive array of sensors to collect data and improve its driver-assist features.

Ultimately, Tesla doesn’t only want to use the data to improve its Autopilot but it also wants to use it to help regulators see that its systems improve safety on the road. 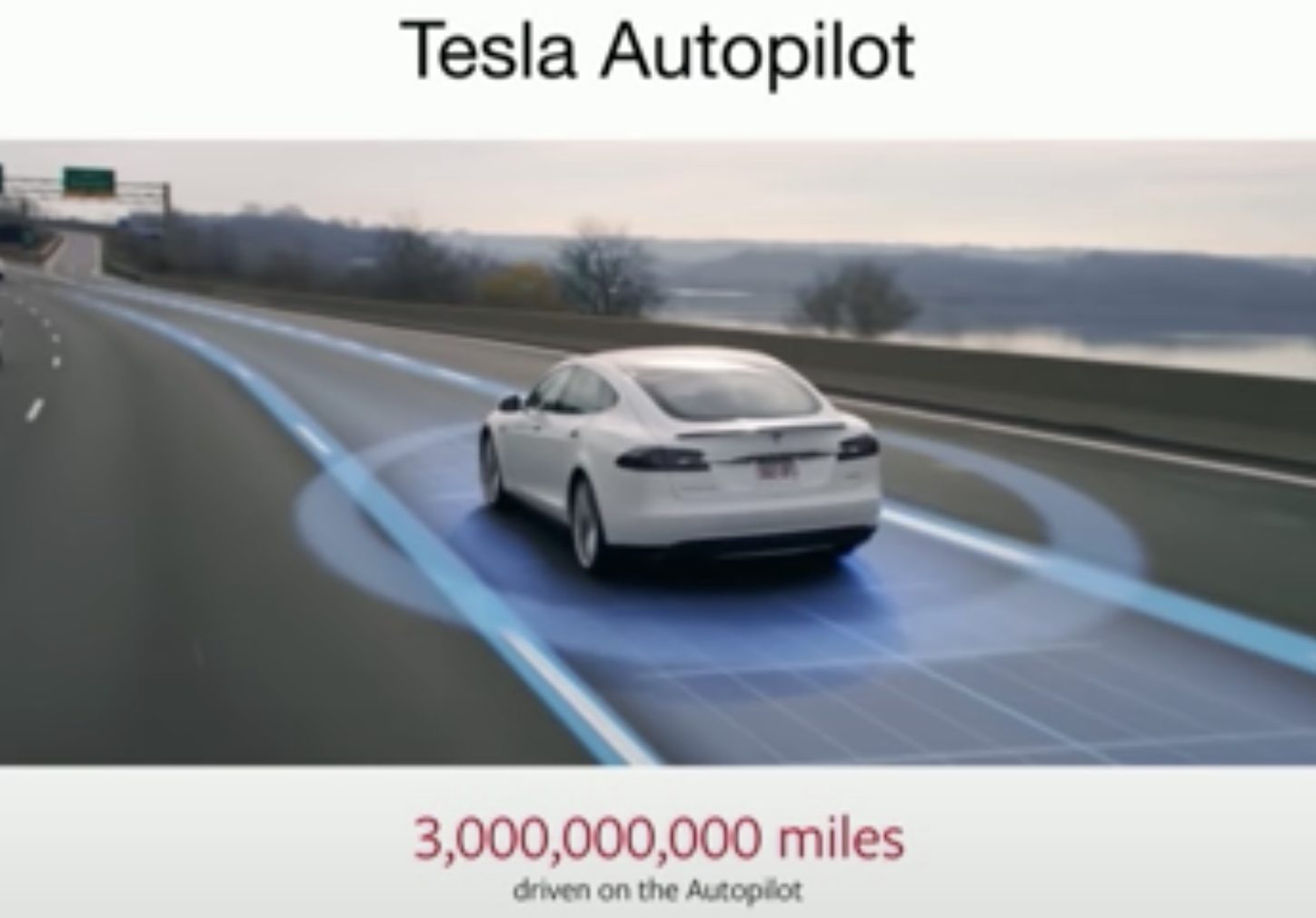 The new information was released by Andrej Karpathy, Tesla’s head of AI and computer vision, in a new presentation at the Scaled Machine Learning Conference.

It was held at the end of February, but a video of the presentation was just released:

Yesterday, we reported on Tesla releasing impressive videos of cars avoiding running over pedestrians in the same presentation. 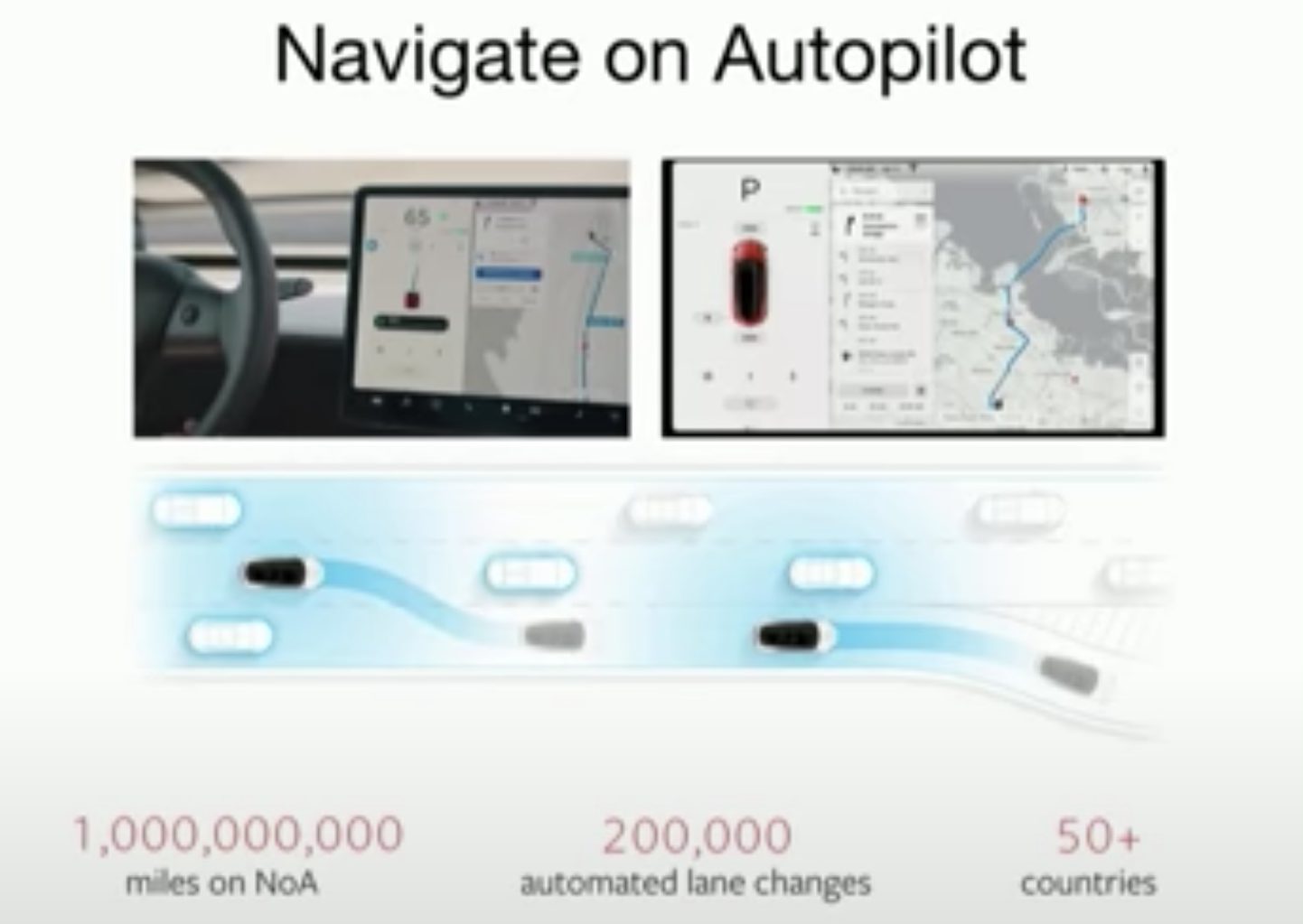 Out of the 3 billion miles on Autopilot, 1 billion were driven using Navigate on Autopilot, which is able to pass slower cars and take off-ramp exits by changing lanes.

The feature has performed 200,000 automated lane changes, according to Karpathy’s presentation.

“Since we first introduced Navigate on Autopilot last year, Tesla drivers have traveled more than 66 million miles using the feature, and more than 9 million suggested lane changes have been successfully executed with the feature in use.”

At the time, the system was only suggesting lane changes and the driver had to confirm them before they were performed.

Now they can be fully automated if the driver decides to activate that feature and that’s what we’ve learned today that Navigate on Autopilot completed 200,000 times. 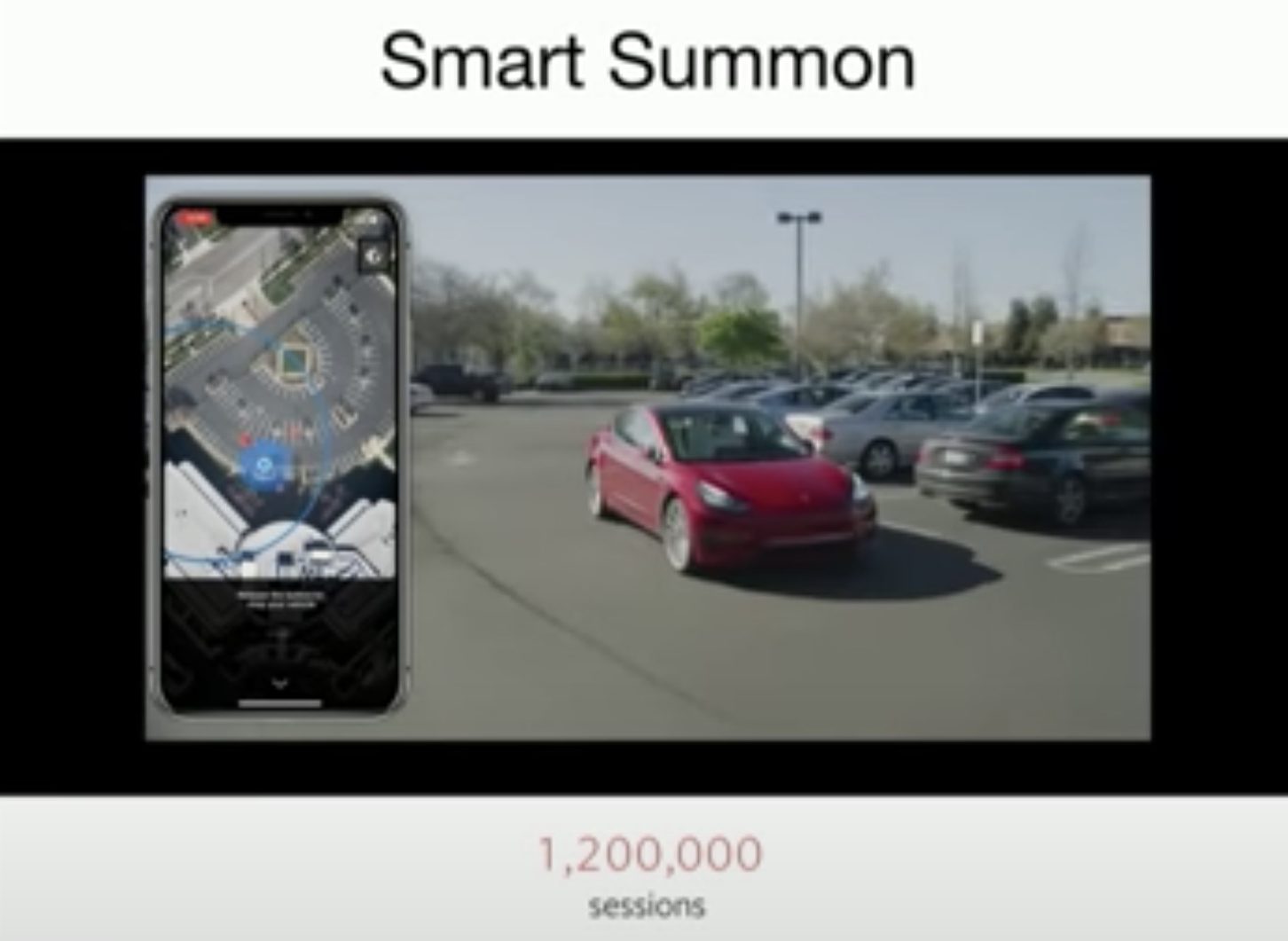 Smart Summon builds on Tesla’s previous ‘Summon’ feature, which was used by owners to move their cars autonomously for a few feet in their driveway or in tight parking situations.

With the new version, owners are able to Summon their Tesla vehicles from further away and the cars will navigate more complex parking environments.

Last time Tesla updated us on the number of sessions completed was in October 2019 and Tesla drivers had used the feature half a million times.

It’s hard to argue against Tesla being king of the real-world data when it comes to autonomous driving.

The next interesting data point is how many intersections Tesla vehicles are going to go through with the new ‘Traffic Light and Stop Sign Control‘ feature.

Like automated lane changes on Navigate on Autopilot, drivers. have to confirm before the system drives through an intersection.

As Tesla collects more data, they will likely enable drivers to opt-out of the confirmation process.

It will be interesting to see how long it takes for Tesla to feel comfortable doing that.

As usual, when using any of those features, we recommend doing everything Tesla requires drivers to do – meaning staying attentive at all time and be ready to take control.