Norway’s Arctic drilling (or not)

Norway is Western Europe’s largest oil and gas producer, and in a landmark case, Norway’s supreme court will hear a lawsuit brought by Greenpeace and Norwegian youth environmental group Nature and Youth, who oppose the country’s Arctic oil exploration.

The plaintiffs say the Norwegian government’s granting of oil exploration licenses in 2016 in the Arctic Barents Sea to oil firms was illegal. Increasingly, plaintiffs across the globe are seeking to use a nation’s founding principles to make the case for curbing emissions.

Two lower courts ruled in favor of the Norwegian government, but the supreme court said the case would be heard by the full court. The date has yet to be determined.

Oil companies including Equinor have already done some drilling in the Arctic but have not made any significant discoveries.

(And can we just point out that the world doesn’t really have a shortage of oil right now?)

Always wanted to test drive a Tesla Model 3? The Southern Alliance for Clean Energy (SACE) and Electrify the South are offering you a few chances to experience a virtual electric vehicle ride and drive, since real-life test drives aren’t possible now due to social isolating.

SACE and Electrify the South are holding upcoming webinars in which participants can take a virtual ride in a Tesla Model 3. They’ll highlight the car’s features, talk about the benefits of driving electric, and hold a live Q&A session.

There are three different sessions to choose from: 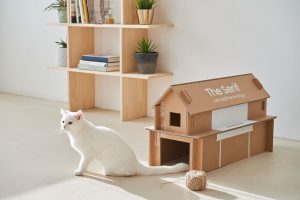 This probably won’t change the world in one revolutionary move, but it’s a fun idea to get people to shift their mindset in thinking about reuse and repurposing. Samsung has launched new packaging made from eco-friendly corrugated cardboard packaging for three of their TV models.

The electronics company applied a dot matrix design on its corrugated cardboard boxes, which allows people to cut the boxes more easily and assemble them into things such as small end tables, magazine racks, or cat houses. (And cat owners, you know how much cats love boxes.) 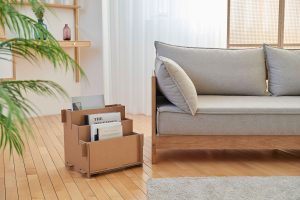 And on April 6, British design magazine Dezeen launched the Out of the Box competition: “a global contest seeking innovative designs for the home that can be made by repurposing cardboard packaging.” Entries are open until May 29, free to enter for anyone over the age of 18, and features prize money totaling $20,000.