Tesla has installed the biggest solar roof installation we have seen yet and it’s massive. Interestingly, the solar installation is located in Florida as Tesla managed to Hurricane-proof the system.

Last month, we reported on Tesla claiming that it achieved solar roof production of 1,000 per week.

They made that claim based on achieving the production of 4 MW of solar roof tiles in a week.

We suggested that it was a stretch since it would put the average Tesla solar roof system at 4 kW, which we think is extremely low.

This new system that was activated last week in Orlando, Florida confirms our suspicion since we are talking about an 18 kW system.

It’s the biggest system we have seen yet, but do let us know if you know of a bigger Tesla Solar Roof.

The new solar roof was installed on Devaloy and Darylaine’s roof, who you could argue are the perfect Tesla customers.
They have invested in Tesla since 2012. Devaloy, a computer engineer, has a 2013 Model S and Darylaine, an attorney, has a 2016 Model X. They also plan to buy their son a Model 3 for his high-school graduation.

So all the family’s travels are in Tesla electric vehicles, but it is powered by Florida’s electric grid, which gets most of its energy from coal and natural gas.

When Tesla announced the solar roof, they quickly decided to reserve it and once Tesla launched Version 3 last year, they started to move forward with the project.

Here Devaloy shared with Electrek a complete timeline of the project:

Therefore, it took 15 days for Tesla to complete the installation, which is longer than what the company is aiming for despite the size of the system. A mitigating factor though is Tesla was attempting to make sure the roof was hurricane-proof since it is in Florida.

As you can see, they also have 4 Powerwalls for 54 kWh of energy storage, which should enable them to use their solar power at night.

They also have a backup gateway to use the Powerwalls for backup power and 3 inverters.

“The key point in having multiple inverters is this: During a daytime power outage excess solar energy (after powering home and with full Powerwalls) cannot be bled into the grid; so, one or more of the inverters need to be shutdown. By having multiple inverters they can be shutdown independently until Powerwall energy starts being used again. Once Powerwalls reach a certain threshold, shutdown inverters can come back online to re-charge Powerwalls. This scheme continues during the whole daylight power outage.” 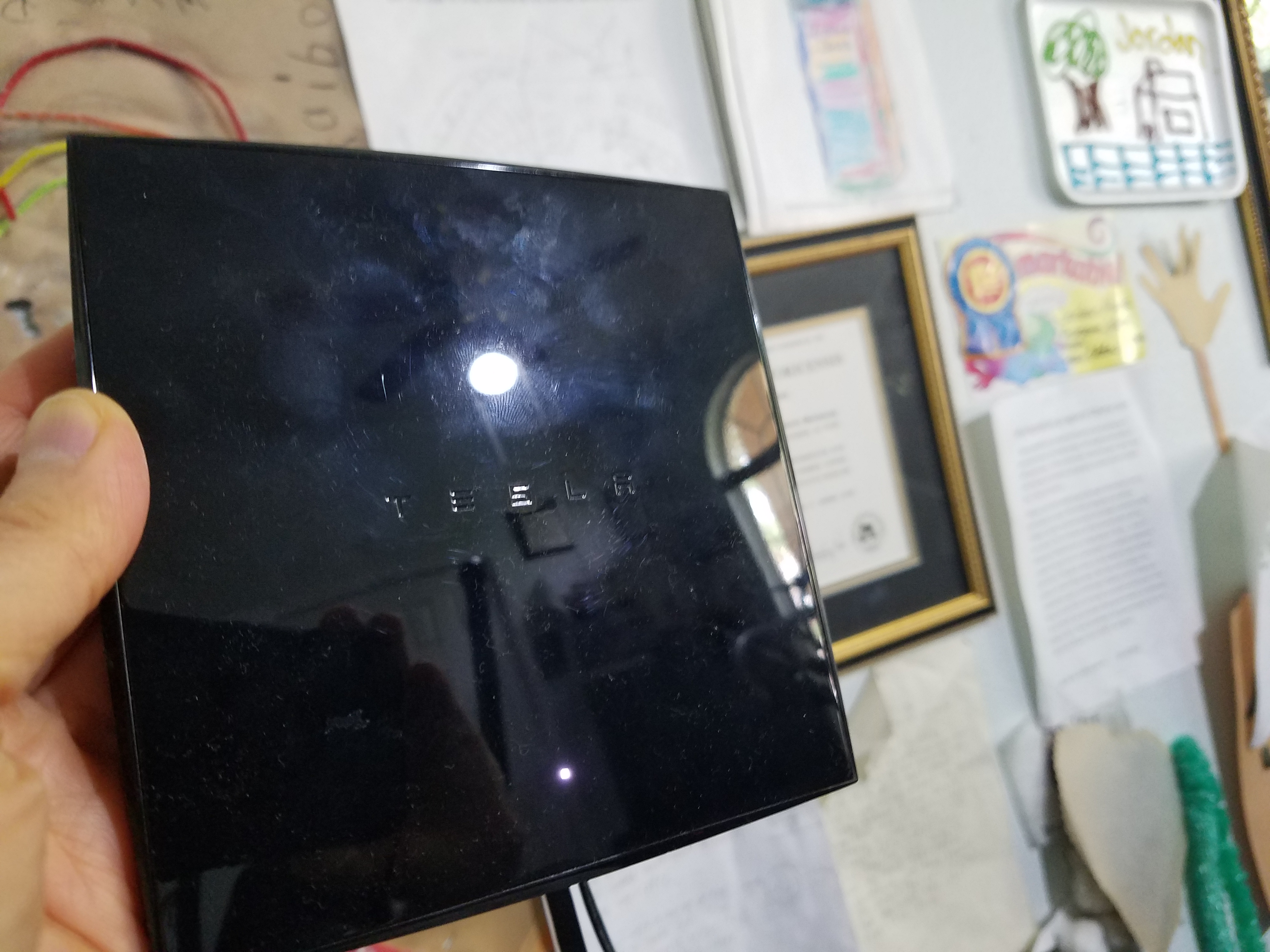 We have recently learned more about the gateway in Tesla’s Solar Roof Owners manual, which you can access here.

As for the cost, Devaloy told Electrek that it added up to $100,000 before incentives.

It sounds high, but you need to keep in mind that it’s a 3,400 square foot roof with an 18 kW solar power system and 4 Powerwalls.