The British Medical Journal is calling for warning labels to be placed where consumers buy fossil fuels. The US and British health experts that authored the article explain that more than 118 countries use stark warnings on cigarette packages to change behavior related to smoking. Similar warnings should be placed on gas pumps because burning fossil fuels are linked to 3.5 million premature deaths per year.

We propose a low-cost, scalable intervention to facilitate change in individuals’ and society’s views and behavior: warning labels at points of purchase of fossil energy or services dependent on large amounts of fossil fuel, for example at petrol stations, on energy bills, and on airline tickets. They should state clearly that continuing to burn fossil fuels worsens the climate emergency, with major projected health impacts increasing over time.

The journal points out the importance of regulations at a global level. But the researchers also argue that it’s critical to address low awareness, habit, perceived cost, and the need to counterbalance the work of vested interests sowing doubt about climate science.

Warning labels connect the abstract threat of the climate emergency with the use of fossil fuels in the here and now, drawing attention to the true cost of fossil fuels (the externalities), pictorially or quantitatively. They sensitize people to the consequences of their actions, representing nudges, designed to encourage users to choose alternatives to fossil fuels, thus increasing demand for zero-carbon renewable energy.

The idea is not new. In January, Cambridge, Massachusetts, voted to make information about the environmental and human health impact of fossil fuel use mandatory on all self-service fuel pumps.

In August 2018, the Swedish government introduced a regulation requiring fuel retailers to inform consumers about the climate impact of fuel, its raw materials and origin with pump labeling. It becomes mandatory in May. 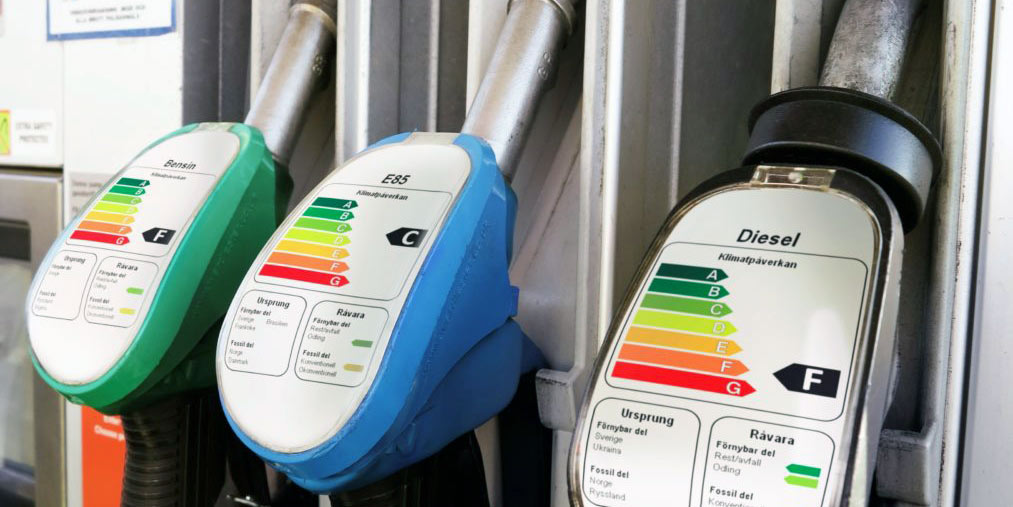 Warning labels on pumps in Sweden

In North Vancouver, Canada, gas-pump warnings display graphics depicting loss of biodiversity. However, the designs were co-opted by the Canadian fuel industry for use in a national “smart fuelling” initiative. 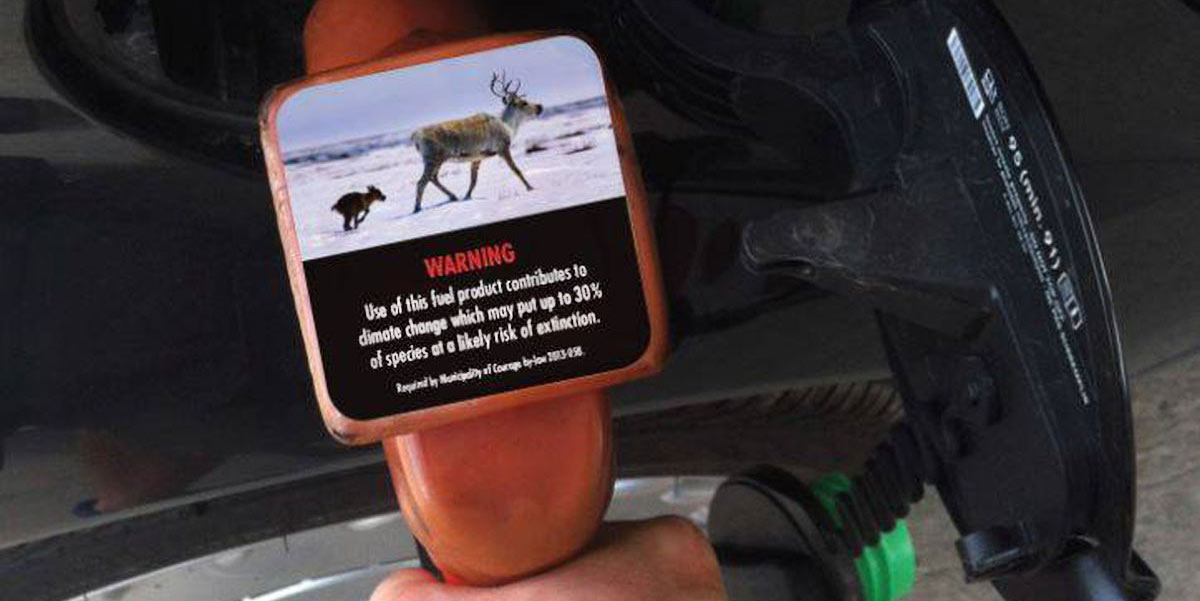 The authors believe that explicit references to health — instead of climate and the environment — is more likely to increase the labels’ effectiveness.

Shifts in tobacco were a result of increasing the stigma of smoking. It’s now considered anti-social. Similar tactics should be applied to fossil fuels. That includes restrictions on advertising by fossil fuel companies to prevent misleading claims.

Two of the contributors to the British Medical Journal article were Kirk Smith, a professor of global environmental health at UC Berkeley, and Jamie Brooks, a public policy advocate. Last year, in an opinion piece, they wrote:

It will be vehicle drivers themselves demanding, and ultimately adopting, the behavioral changes and the zero-carbon transport technologies of the future that will reduce emissions in transportation.

With warning labels, everyone starts seeing the climate-impact of gas consumption at the pump. Labels at the pump would help overcome the perception gap between decisions made now and their future effects on our climate.

Health and environmental warnings on gas pumps is a no-brainer. Why is this not already a thing?

If Cambridge, Massachusetts, and North Vancouver, Canada, passed laws for these warning labels, then every enlightened state and local government in the US should move forward with similar measures as soon as possible.