I met the WeRide team at the Amazon booth at this year’s CES in Las Vegas. Those were still good times when we shook hands. WeRide operates its autonomous vehicle (AV) robotaxi service in Guanzhou, south of China. The team’s partnering with Amazon’s powerful AWS services and their real-time data gathering was impressive to see.

WeRide is an L4 AV smart mobility company in Guanzhou, China. It says it has the largest fleet of autonomous vehicles among Chinese startups. It claims to have reached over 1,150,000 kilometers (71,457.69 miles) to date. So far, more than twenty thousand people have experienced their L4 AV robotaxi system. 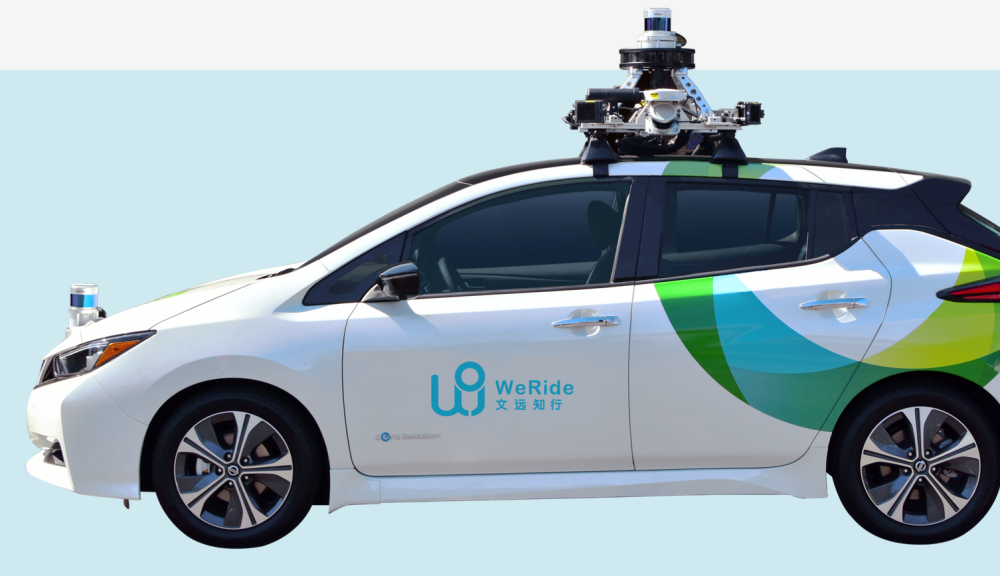 The company struck an alliance with Renault-Nissan-Mitsubishi. With 200 employees globally, 70% of whom are R&D engineers, the company represents modern startups in China emphasizing R&D.

It was established in 2017 with its headquarter in Guangzhou, China. It runs its R&D and operation from Beijing and Anqing, as well as Silicon Valley.

The health and safety of WeReide’s riders and its team is rightfully their top priority. WeRide tells me it has resumed its robotaxi service to the public as far back as March 2. Officially, that’s when the COVID-19 outbreak was stabilizing in Guangzhou, China. The company says it is taking drastic measures to ensure each ride taken with a WeRide robotaxi is safe for everyone. 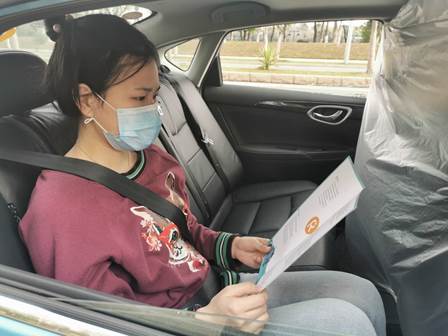 Those measures are to take all the safety drivers through nucleic acid tests and have them confirmed negative before they get back to work. Daily temperature and health checks are conducted on its safety driver team. Safety drivers are instructed to wear masks at all times throughout the day and to regularly disinfect their hands. All WeRide trips are cleaned and sanitized every two trips with windows left open throughout each ride.

WeRide says it has installed protective gear inside its robotaxis to avoid cross-infection between safety drivers and passengers. 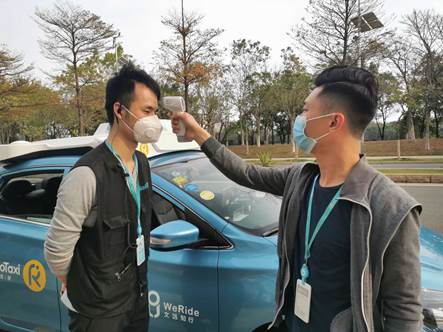 As far as the competition, WeRide showed me this research conducted by its team of WeRide comparing other well-known AV platforms. The research came from the company’s public reporting.

As of Feb in 2020, WeRide found 6 companies worldwide operating some form of robotaxi service to the public or research. Those companies are WeRide, Waymo, Lyft/Aptive, Cruise, Baidu & Pony. 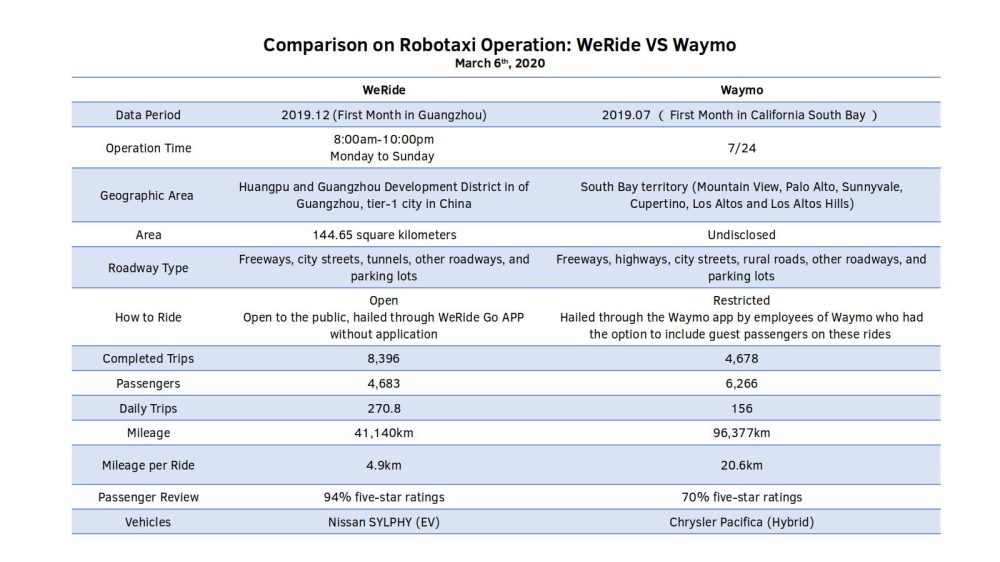 So far, WeRide and Waymo published the most comprehensive information about their operations. 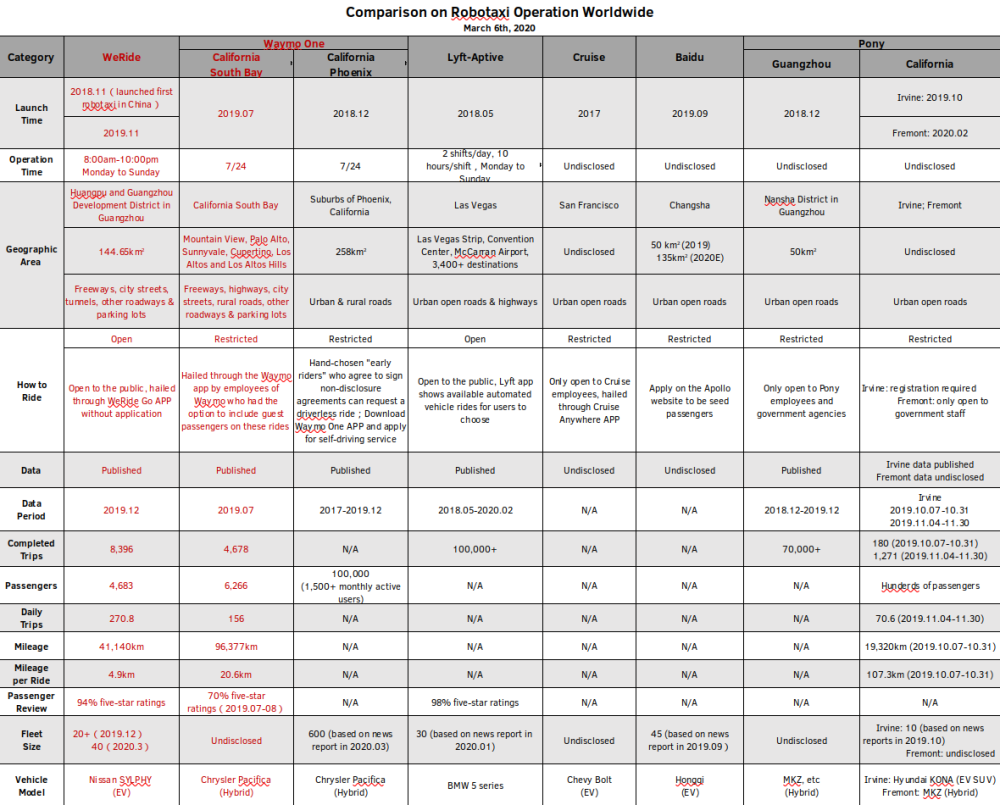