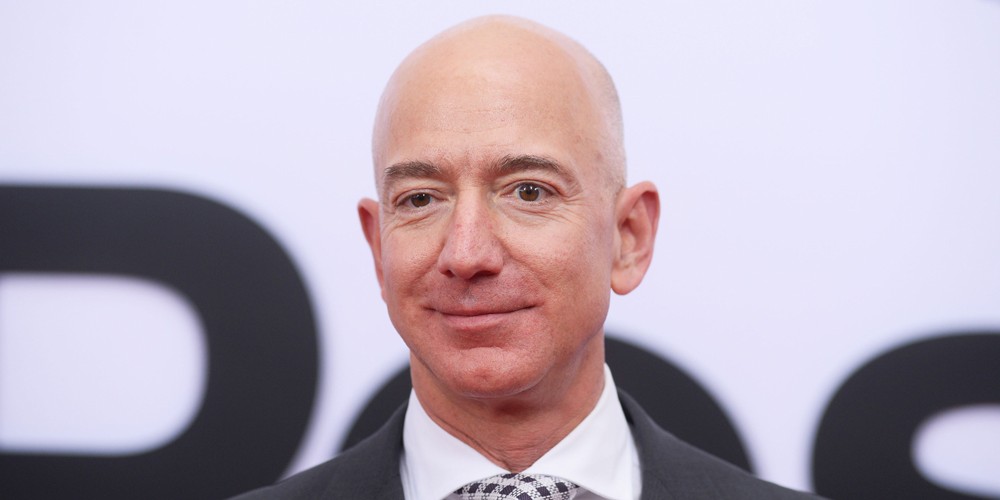 The Bezos Earth Fund is an initiative to “amplify known ways and to explore new ways of fighting the devastating impact of climate change… This global initiative will fund scientists, activists, NGOs — any effort that offers a real possibility to help preserve and protect the natural world.”

Bezos is now worth an estimated $130 billion, and as the fund comes from Bezos’ own personal wealth, it’s unsurprising that Bezos did not mention Amazon. The Verge reports that his fund would not invest in the private sector, and instead focus on charitable giving.

In a September 2019 report, the company for the first time disclosed its carbon footprint: 44.4 million metric tons in 2018. That’s larger than the estimated carbon footprint of Angola, a country of 30 million people, but less than 1% of the US’s total footprint (and less than Amazon’s chief competitor, Walmart).

Today, I’m thrilled to announce I am launching the Bezos Earth Fund.⁣⁣⁣ ⁣⁣⁣ Climate change is the biggest threat to our planet. I want to work alongside others both to amplify known ways and to explore new ways of fighting the devastating impact of climate change on this planet we all share. This global initiative will fund scientists, activists, NGOs — any effort that offers a real possibility to help preserve and protect the natural world. We can save Earth. It’s going to take collective action from big companies, small companies, nation states, global organizations, and individuals. ⁣⁣⁣ ⁣⁣⁣ I’m committing $10 billion to start and will begin issuing grants this summer. Earth is the one thing we all have in common — let’s protect it, together.⁣⁣⁣ ⁣⁣⁣ – Jeff

Laid-off refinery workers will receive $5 million in severance in the final bankruptcy plan. The plan will also pay PES executives as much as $20 million in bonuses. (Electrek‘s note: Yeah, that’s fair payout distribution — not.)

I’m very much satisfied that the sale to Hilco is the highest bid and sale.

Clearly [it] is in the best interest of the community as well, given the risks that were attended to the prior operations with the refinery, and a refinery frankly that had numerous and repeated problems over the years.

The PES oil refinery exploded in June 2019. On February 6, the Environmental Integrity Project released a report that found that the PES refinery was the worst refinery in the US for releasing the highest levels of cancer-causing benzene.

Electricity from the air

According to a new report published in Nature titled, “Power Generation from Ambient Humidity Using Protein Nanowires,” electrical engineer Jun Yao and microbiologist Derek Lovley at the University of Massachusetts Amherst have created the “Air-gen,” which connects electrodes to electrically conductive protein nanowires so that electrical current is generated from the water vapor present in the atmosphere.

We are literally making electricity out of thin air. The Air-gen generates clean energy 24/7.

It’s the most amazing and exciting application of protein nanowires yet.

The new technology developed in Yao’s lab is non-polluting, renewable, and low-cost. It can generate power even in areas with extremely low humidity such as the Sahara Desert. It has significant advantages over other forms of renewable energy including solar and wind, Lovley says, because unlike these other renewable energy sources, the Air-gen does not require sunlight or wind, and ‘it even works indoors.’

To read the scientific detail of how the Air-gen works, click here.