Most reports about electric-vehicle adoption focus on sales. But Experian, the consumer credit reporting company, last week released its Q4-2019 report based on vehicle registrations. That gives us a view not only of the current market but total vehicles in operations. Experian zoomed into EVs, sharing numbers that reveal two things: Tesla dominates – and the shift to electric vehicles is only beginning.

Some of Experian’s numbers raise questions about its data model. For example, Experian shows fewer than 800,000 EVs among all total vehicles in operations (VIO) in the US. That figure represents 0.28% of VIO. The Edison Electric Institute indicated as of Oct. 2019 more than 1.3 million EVs on US roads. However, Experian only includes pure EVs, not plug-in hybrids.

There are about 280 million vehicles on the road in the US. Based on the recent rise of EVs, and the fact that cars stay on the road for 20 or so years, the EV market is in its infancy. 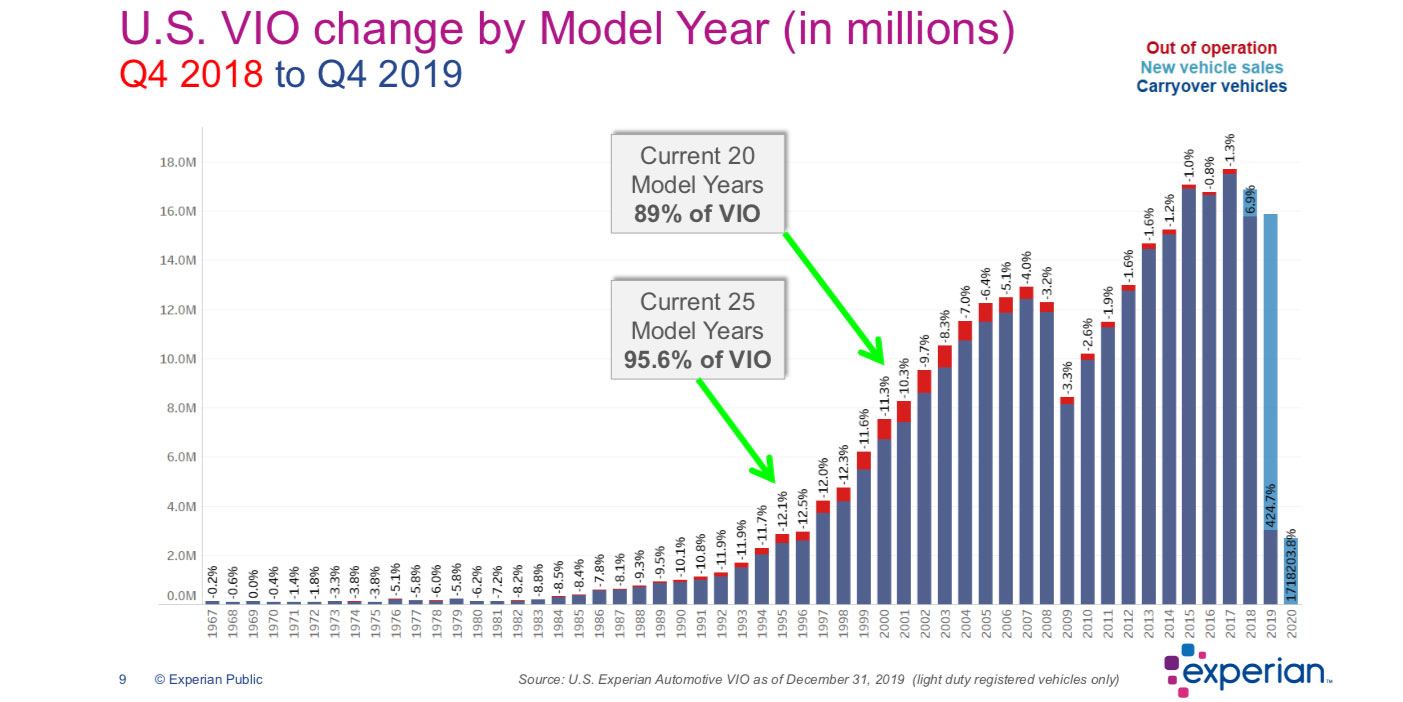 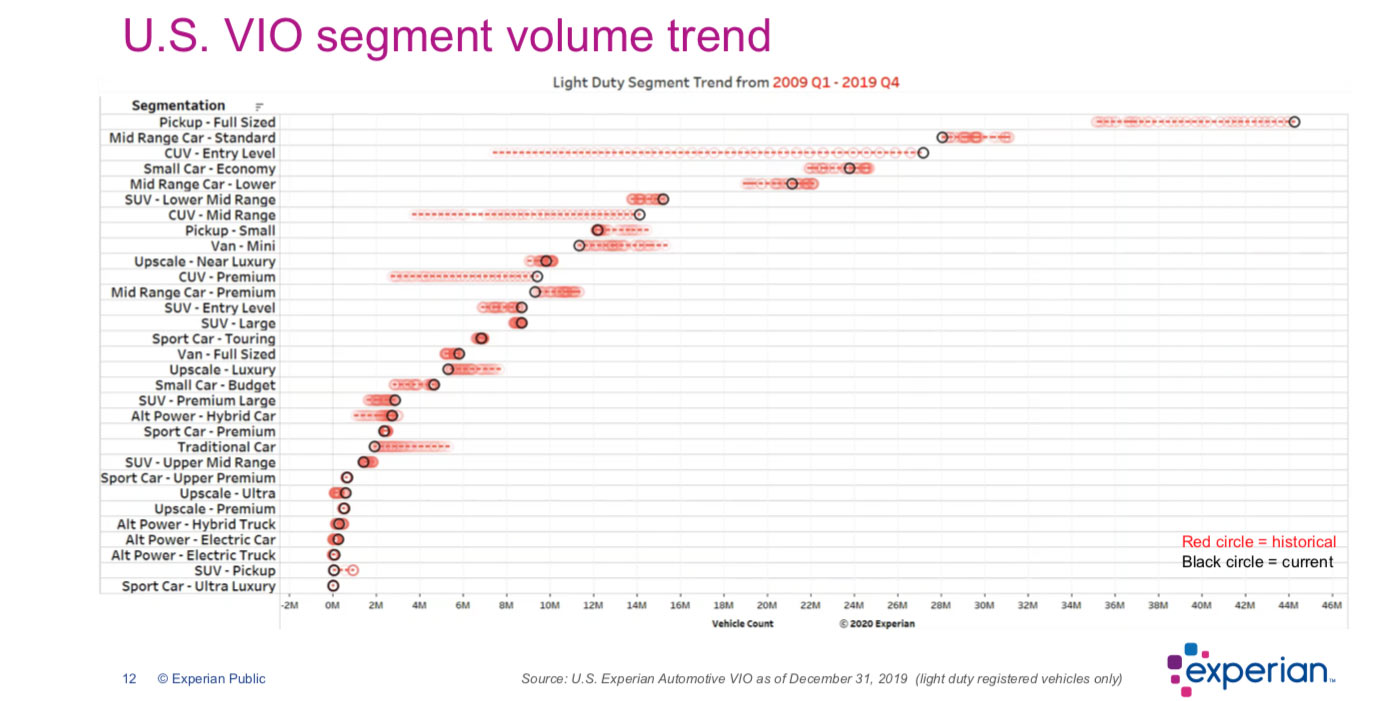 It’s led by Tesla at 62.6% market share of all-electric vehicles, followed by Nissan at 13.8%, Chevrolet at 7.9%, and BMW at 5%. The total share of the overall volume from electric vehicles in the US is low today, but it is increasing slowly. 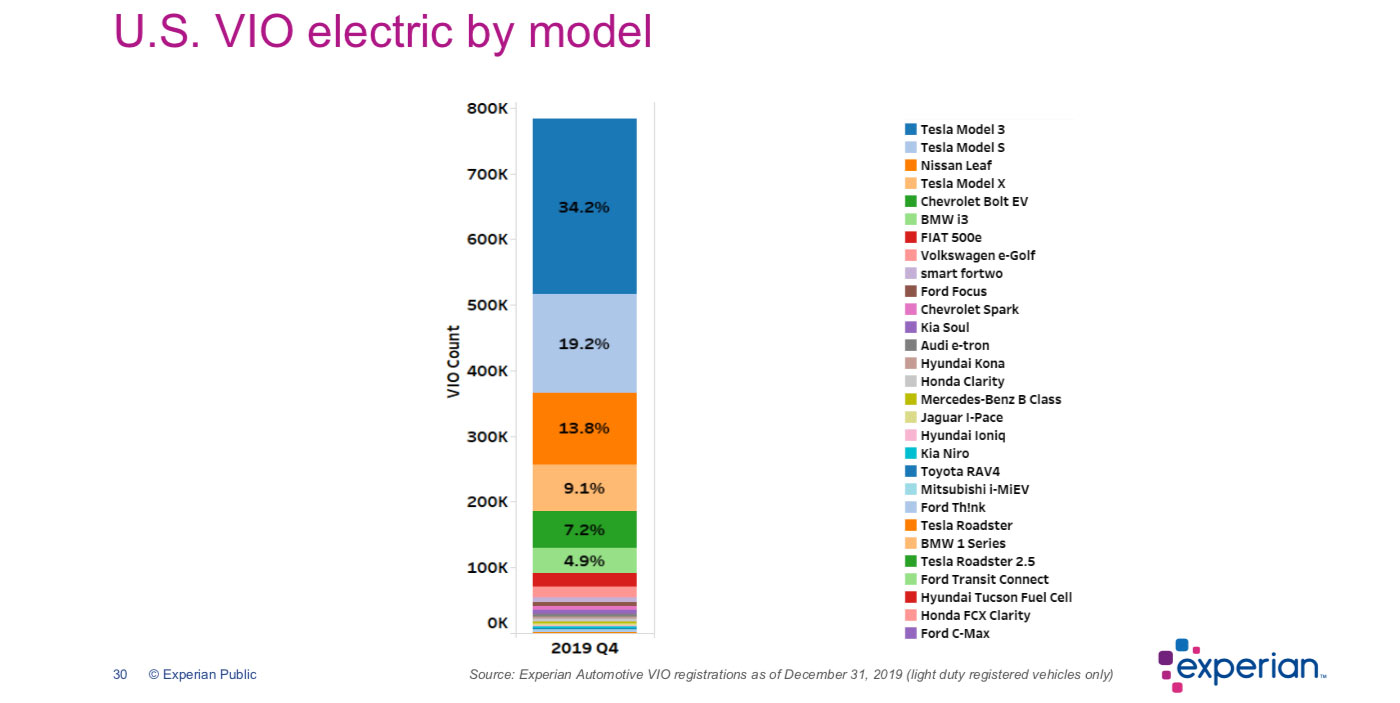 If you look at new retail registrations of light-duty vehicles through 2019, Tesla has reached 1.3%. And the Tesla Model 3 alone reached 1% of vehicle registrations. That might not sound like much, but consider that the top-selling models in the overall market are Ford F-150 and the Toyota RAV4, which each represent 3% of new-vehicle registrations.

Again, when viewed from vehicles in operations (rather than sales), we only saw Tesla’s rise begin in 2018 with the uptick in Model 3 sales. 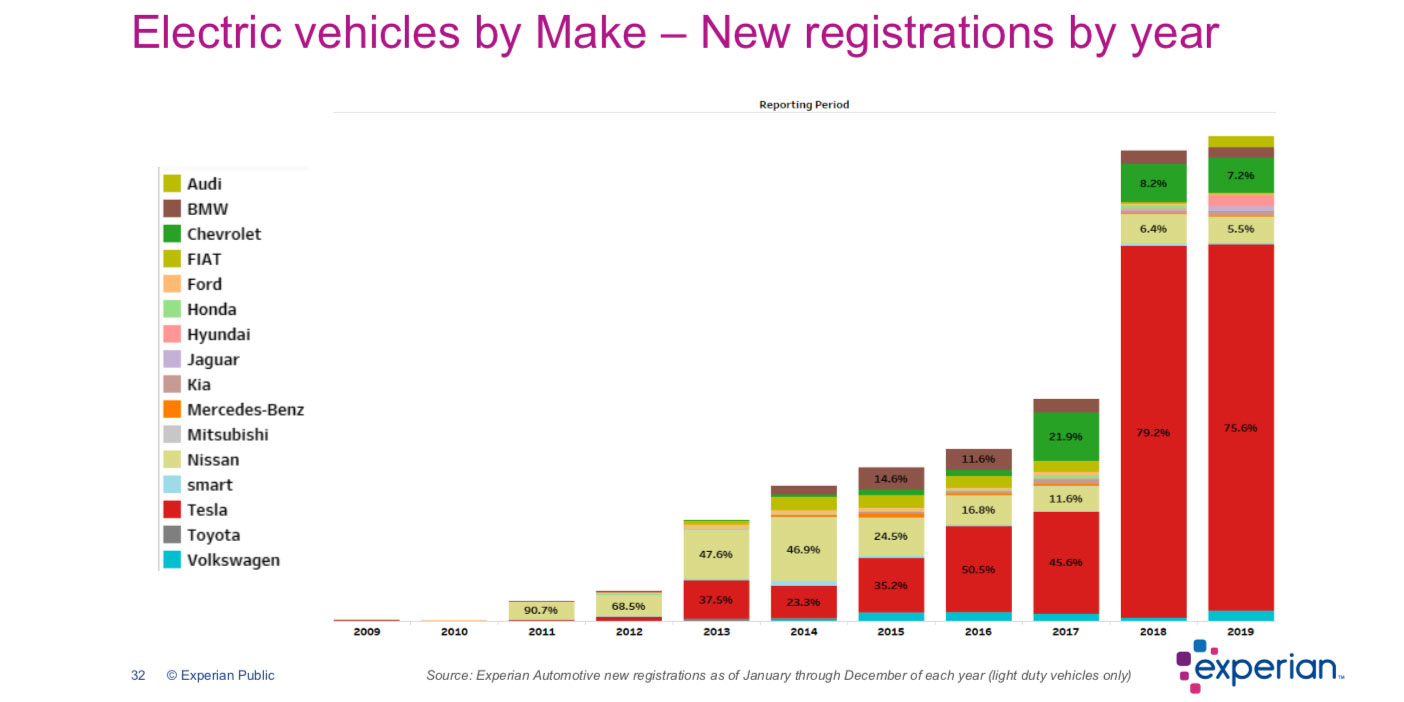 Perhaps more revealing is the shift in EV acquisition from leases – to buying with cash or loans. Until 2017, more than half of EVs were leased. But in 2018 and 2019, leases dropped to 17.1% and 23.1% respectively. That’s partly explained by a longer commitment to EV ownership.

The demographics of the EV buyer – and the vehicles they previously owned – sound familiar from past years. Experian says that among those registering EVs, most are married and college-educated. Nearly 24% have graduate degrees.

It might come as a surprise that Baby Boomers are not driving the EV market. Gen Xers are the largest generational group of EV owners, with 37.6% of registrations. That’s followed by 27.6% from Millennials with Boomers falling right behind at 27.4%. 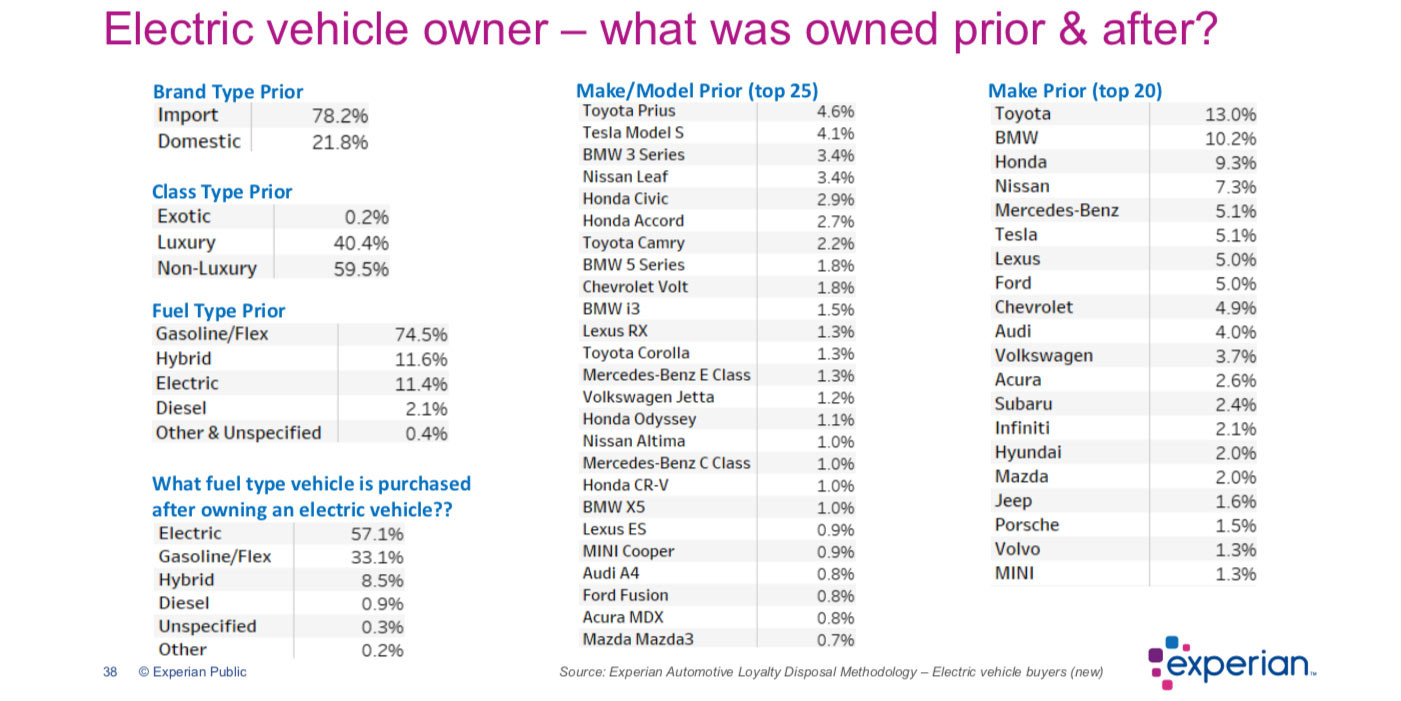 About three-quarters of EV registrants are coming out of pure gas-powered vehicles – with the remainder owning an EV, hybrid, or diesel-powered car.

In what could be a misinterpretation of the data or an anomaly, Miller points to stats that show 33.1% of EV buyers later purchasing a gas car. That could be explained by ICE purchases as a second car, a renewed registration, or a purchase as part of a family stable that includes multiple vehicles. Regardless, Miller comes to this convenient conclusion, “Obviously some [EV owners] like their electric experience, while others did not.”

Reliable EV market data is hard to come by. Experian is one of the few companies with access to vehicle registrations, so it provides a useful glimpse of where the market stands.

If nothing else, the Experian report helps us understand how the legacy auto industry views EVs.

In one sense, EV buyers continue to fit the mold. They are relatively wealthy, educated homeowners in California. But what’s encouraging is that the buyer base is broadening to the rest of the country. And Gen Xers and Millennials already make up about 65% of EV owners – a generational trend that’s poised for growth.