Tesla is giving fans a chance to win a week with its vehicles at a sustainable villa in Australia as part of a new marketing campaign.

While the best-selling automakers spend billions of dollars every year in advertising, Tesla has been staying away from the practice.

The electric automaker prides itself in not spending any money for paid placement, ad time, or anything of the sort.

CEO Elon Musk famously said that he prefers to spend the advertising budget on making the products better in the hope that it will encourage word of mouth to boost sales.

However, Tesla still has a marketing department, and they have been known to release promotional campaigns.

Most famously, the automaker has its long-running referral program for owners.

At times, Tesla has also been running sweepstakes to give fans a week with one of its cars and encouraging people to promote the company in the process.

The automaker is doing it again in New Zealand/Australia.

Tesla has been sending the following email:

Enter now for the opportunity to experience a sustainable lifestyle with your friends or family.

If you’re selected, you’ll receive a five-day stay for four persons at the boutique villas Clifftop at Hepburn — sustainably powered via solar, Powerwall — as well as your choice of Tesla Model 3, S, or X throughout the journey.

Included in the experience is a selection of curated local experiences: Enjoy a peaceful hike up Mt Franklin, dine at some of the country’s top eateries in Daylesford, or relax at the idyllic Lavandule estate.

Clifftop at Hepburn is a hotel located near Melbourne, Australia: 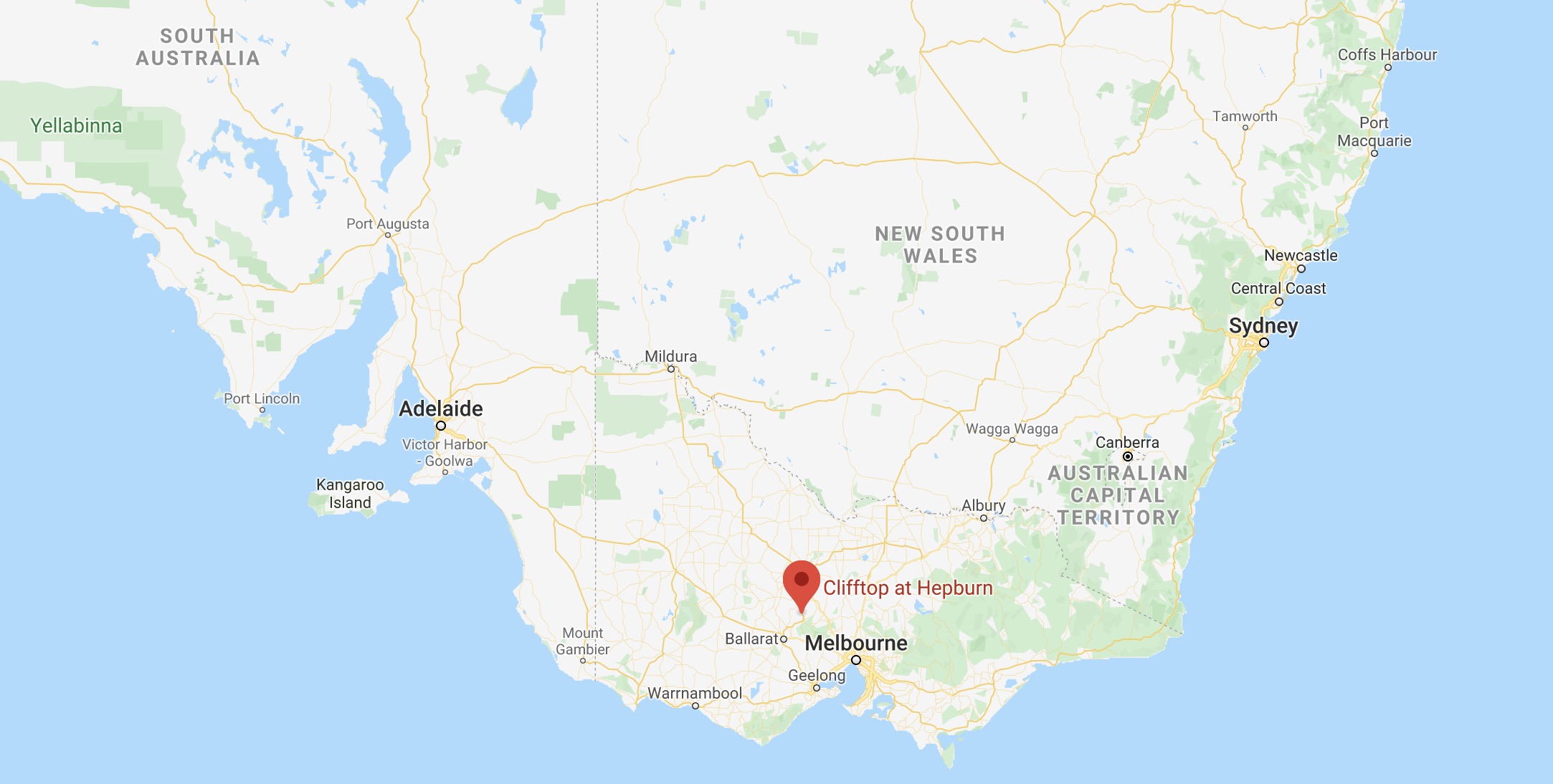 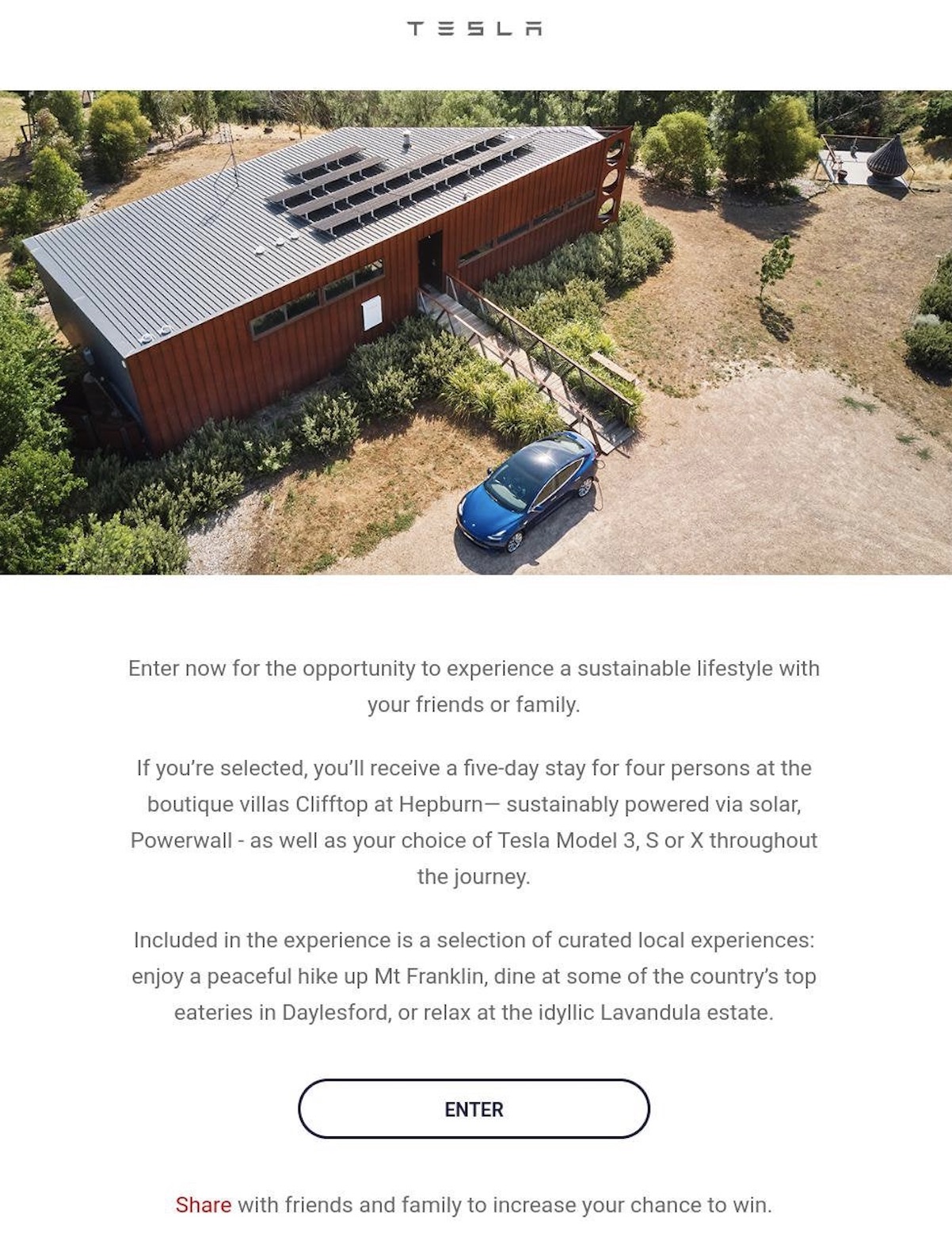 In the past, Tesla has even relied on its own fanbase to create promotional material, like when they had a fan-made commercial video competition.