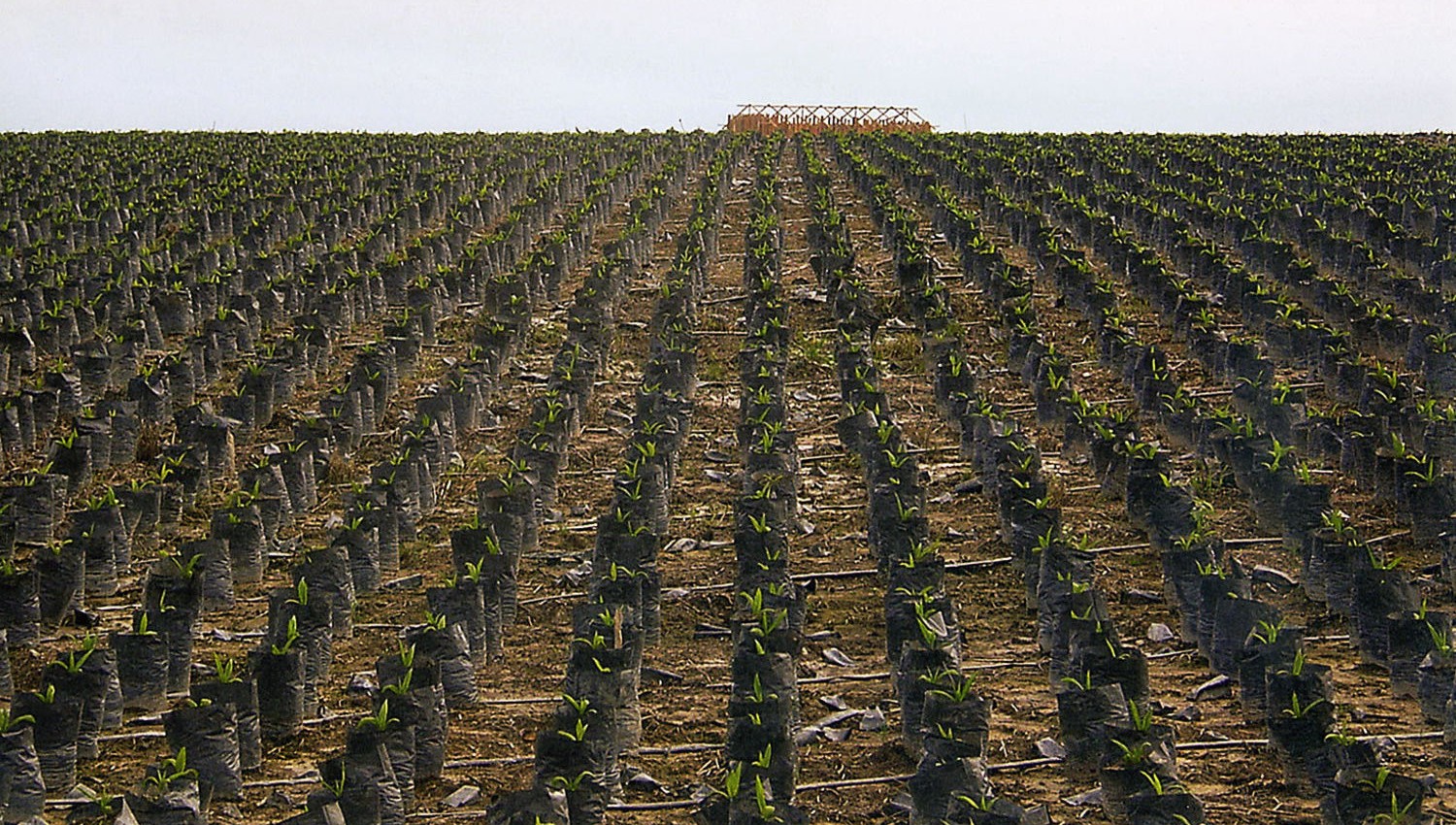 In C16 Biosciences’ own words:

Palm oil is everywhere. It’s in our food, clothes, shampoo, and even the fuel that powers our cars. But this $61 billion industry has drastic environmental and societal costs: Rainforests from Costa Rica to Indonesia are destroyed to make way for oil palm tree plantations, releasing carbon dioxide into the atmosphere and destroying habitats for people and endangered wildlife along the way.

But palm oil doesn’t have to be a problem. There remains an urgent need for consumers and companies alike to switch to environmentally conscious, sustainable palm oil products. We’re building that solution.

Palm Oil Investigations reports that palm oil is in more than 50% of consumer products, and that the slashing and burning to make way for palm oil plantations (pictured) is causing terrible pollution. “It’s estimated that deforestation contributes up to 20% of global warming,” they report. More than 90% of palm oil is used to produce food, cosmetics, detergents, and candles, says Rainforest Rescue. It’s also used as fuel.

As Bloomberg Green reports, “Breakthrough Energy Ventures wants to invest in companies that have the potential to cut emissions by as much as 500 million metric tons each year.”

The Adygea Wind Farm’s 60 wind turbines have a total capacity of 150MW.

Overall, by 2023, Rosatom will install 1GW of wind farms.

According to a 2017 report (the most recent report available) from the US Energy Information Administration, only 13% of Russia’s primary energy consumption consists of “nuclear, renewables and other.”

On February 28, Electrek reported on West Virginia’s solar bill SB583, which was unanimously passed. The bill passed the Senate, but the House amended it, so it goes back to the Senate to accept or reject the changes.

You can read more about some of the strange logic put forward by the house delegates on why this solar bill would be good for… coal… here.