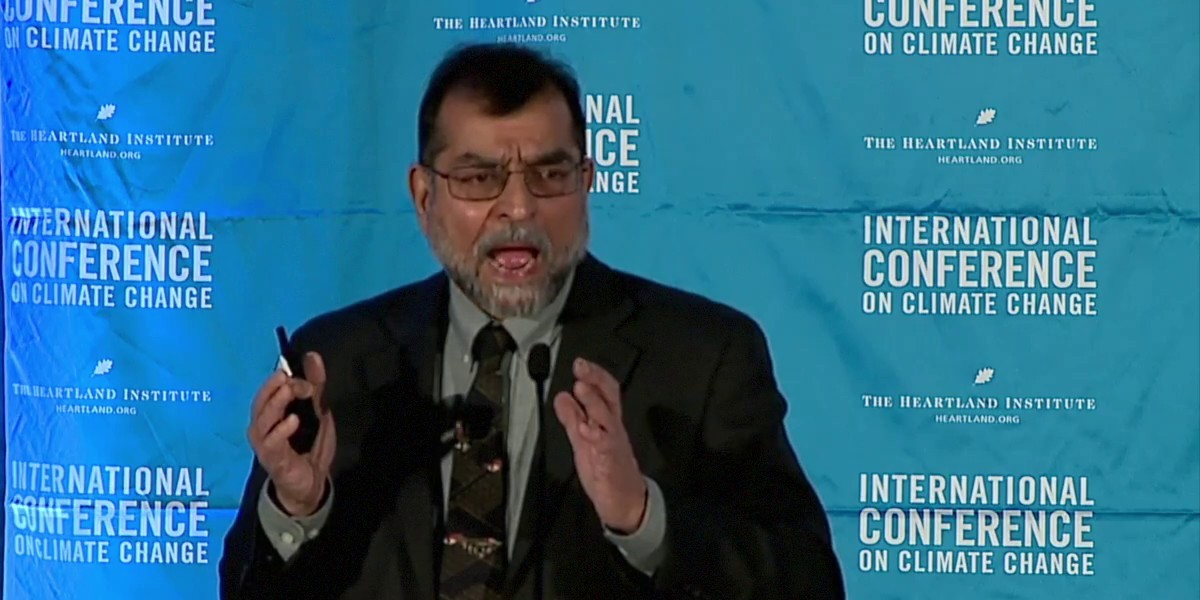 Goklany was promoted to the office of the deputy secretary in 2017 by the Trump administration and was charged with reviewing the agency’s climate policies.

He inserted statements such as that CO2 is a benefit — it “may increase plant water use efficiency” and “lengthen the agricultural growing season” — and that scientists don’t agree that the Earth is warming.

Samuel Myers, a principal research scientist at Harvard University’s Center for the Environment who has studied the effects of climate change on nutrition, said the language ‘takes very specific and isolated pieces of science, and tries to expand it in an extraordinarily misleading fashion.’

Greenpeace’s ExxonSecrets reports that the Heartland Institute has received $676,500 from ExxonMobil since 1998.

The Heartland Institute has received roughly $395,000 from the tobacco company Philip Morris.

Goklany explicitly makes it known that he’s a big fossil-fuel supporter, and the fact that he’s doctoring Interior Dept documents is reprehensible. Here are his views from the horse’s mouth:

As Electrek reported on February 10, Donald Trump proposed a 26% slash to the Environmental Protection Agency’s budget. It would eliminate 50 EPA programs and cut the research and development budget from $500 million to $281 million.

EPA head Andrew Wheeler defended the budget cuts last Thursday in front of lawmakers on the House Energy and Commerce Committee, saying [via the Hill]:

We are focused on the core mission of our agency so we can continue to protect the land, the air, the water, and we believe we can do that with the budget we requested.

It’s still better to have one national standard. I hope that when California sees our final regulation when it comes out they will agree that it’s the best approach for the entire country.

The EPA wants to roll back fuel economy standards, while California has pushed for automakers to reach an average fuel economy of more than 50 miles per gallon by 2026.

Congress is expected to ignore Trump’s budget request when it comes to environmental issues.

Solar in the Bahamas

Six months ago, Category 5 Hurricane Dorian devastated the northern Bahamas, in an area called the Abacos. And the power grid was not spared in that destruction. So the island nation has turned to solar microgrids in its rebuilding process with the Islands Energy Program, which is run by the Rocky Mountain Institute. The video below explains the program:

The Bahamas’ goal is to produce 30% of its energy from renewable sources by 2030. Justin Locke and Chris Burgess of the Islands Energy Program believe the country can do even better.

‘The price of renewables have come down to the point where they’re now very, very competitive with diesel,’ Burgess said. ‘And in most cases, way cheaper than diesel.’

‘The key game changer has been battery storage,’ Locke said. ‘Battery storage has decreased in cost over 60% over the last five years. And what battery storage does is it enables the sun to shine when the sun is not shining. Renewables make more sense here than anywhere else in the world.’