Tesla has won a contract with the Taiwanese military police to provide them with a fleet of 20 electric vehicles. And no, we’re not talking about military Cybertrucks.

A lot of fleet operators are starting to see the benefit of converting to electric vehicles, and especially the Model 3, which offers arguably the best balance of range, efficiency, functionalities, and price.

We have seen several taxi companies and police departments starting to add Tesla Model 3 vehicles to their fleet.

Now even military police fleets are getting on board.

The Taiwan Military Police, or the Republic of China Military Police (ROCMP), has bought two Tesla Model 3 vehicles, according to the official Tesla Owners Club of Taiwan:

They first released an open tender to buy around $100,000 worth of electric vehicles and related equipment, which included Wall Connectors and a solar power system.

The ROCMP was apparently happy with the electric vehicles, since they have now reportedly ordered up to 20 more Model 3 vehicles to add to their fleet. 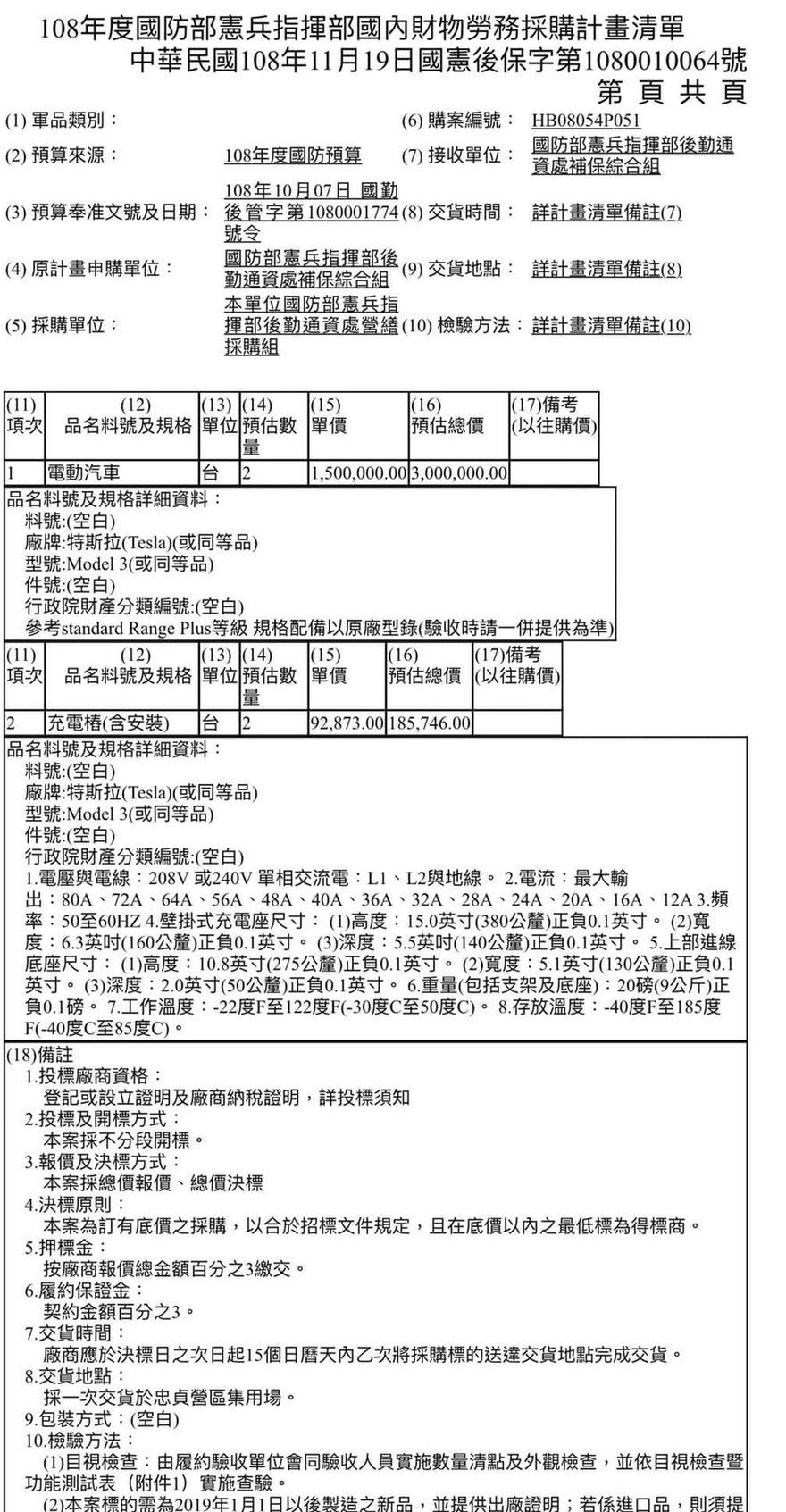 At this point, there are about a dozen police departments going electric with Tesla vehicles around the world.

Like the Taiwanese military police, they bought the Standard Range Plus version, which is a little more expensive than their usual gas-guzzling cruiser, but they expect gas savings of about $6,000 per year, which means that the Model 3 will almost pay for itself over its lifetime (they expect six years as a police vehicle).

Police departments are also finding other benefits when converting their fleets to Tesla vehicles.

Hat tip to the Tesla Owners Club of Taiwan.