Tesla has remotely deactivated Autopilot features in a Model S that it sold to a third-party dealer who then sold it to the owner. It’s another example that Tesla is still figuring out the entire over-the-air upgrade landscape.

Jalopnik laid out the entire timeline of events in a report:

As you can see on the Monroney sticker, the features were listed on the vehicle configuration both when it was sold to the dealer and the final owner: 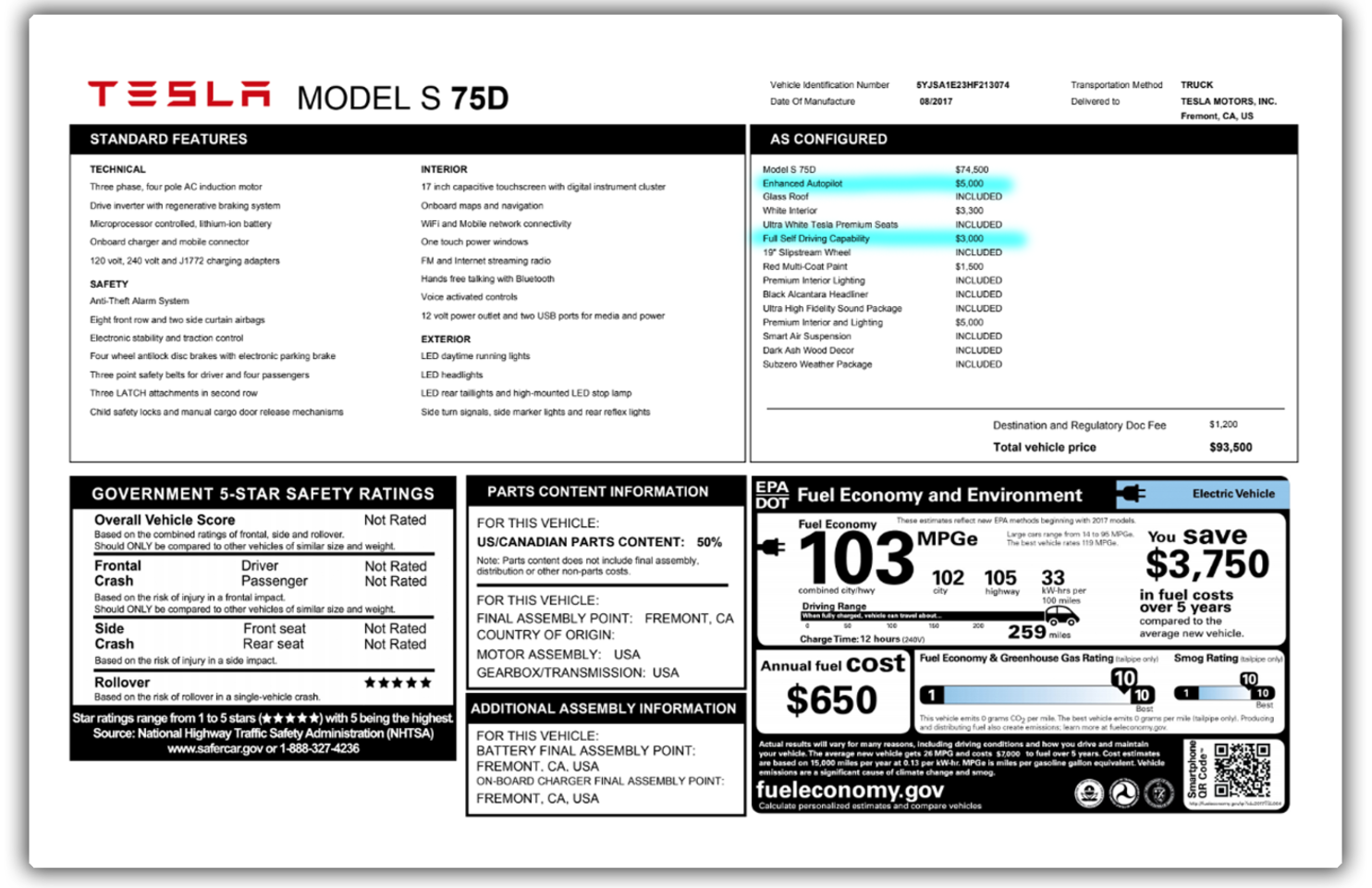 When Alec reached out to Tesla for an explanation as to why he didn’t have the Autopilot features anymore, Tesla customer service responded:

Tesla has recently identified instances of customers being incorrectly configured for Autopilot versions that they did not pay for. Since, there was an audit done to correct these instances. Your vehicle is one of the vehicles that was incorrectly configured for Autopilot. We looked back at your purchase history and unfortunately Full-Self Driving was not a feature that you had paid for. We apologize for the confusion. If you are still interested in having those additional features we can begin the process to purchase the upgrade.

Alec still doesn’t have the features, and he is apparently not alone in this situation based on other reports on Tesla forums.

Like how Tesla handled the large FSD butt-dial purchases, I think this is another example that Tesla is still figuring out the entire over-the-air upgrade landscape, and they have room to improve.

Jalopnik called it “a pretty shitty thing to do, a craven attempt to double-dip and get money for the same features every time the car is re-sold.”

While it is definitely a shitty thing to do to that owner, and Tesla should definitely reactivate his Autopilot and FSD package as soon as possible, I don’t think it’s as simple as Tesla trying to squeeze more money out of those customers.

For a while, Tesla would add Autopilot and FSD to used cars for sales in order to boost their value. They probably did that for this 2017 Model S.

When they did the audit to make sure that someone paid for the packages on the car, they probably didn’t see anyone doing that in the history of the car and decided to remove it.

Obviously, it’s not the right thing to do, since it was sold as a used car for a specific price with the features listed.

Hopefully, the situation is going to get fixed quickly now that it is getting publicized.