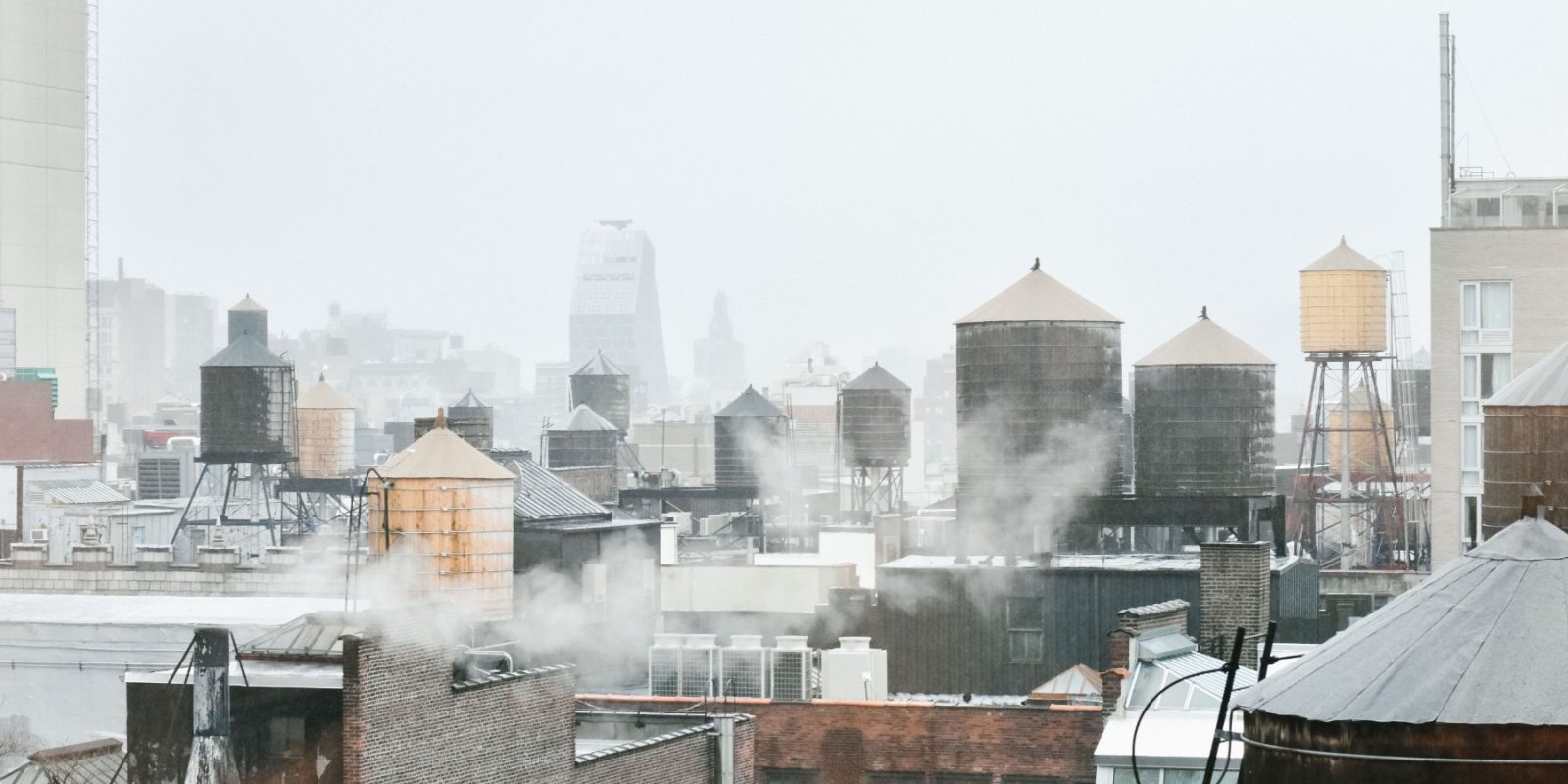 De Blasio unveiled the following proposal, called “Save Our Future,” as part of his 2020 agenda, according to the City of New York’s website: 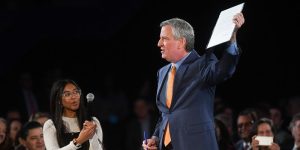 Climate change is real. And if we don’t act now, our kids will grow up in a world that’s less livable and more dangerous. We are launching a second wave of the Green New Deal that will green our energy, cut vehicle emissions, and ban more wasteful plastics — all so the nation’s largest city can become carbon neutral. We will:

Investment in wind: To accelerate the growth of off-shore wind, with our New York State and Empire Wind partners, we will equip the South Brooklyn Marine Terminal in Sunset Park as a new hub for staging, installing and operating turbines across the tri-state area. We’ll create 500 green jobs and support clean wind power that would reduce emissions equivalent to taking 200,000 cars off the road.

Double solar power: New York City will launch a new program to defray upfront costs of solar power, letting homeowners pay for them over years out of the savings on their energy bills. We will help install solar panels on 50,000 one-to-four family homes, doubling the amount of solar power produced in New York City and creating 5,000 green jobs.

Bring hydro to New York City: This year, we will secure an agreement to bring more zero-emission hydropower to New York City by 2025, which will help run City government operations on 100 percent renewable energy.

Make ALL city vehicles electric: The mayor will issue an executive order to have all on-road vehicles in the fleet be plug-in electric by 2040. By 2025, 4,000 vehicles will be replaced or converted to electric, and by 2040, we will work to make the entire city fleet — every garbage truck, every ferry, every ambulance and every police cruiser — fully electric. The first electric school buses will hit the streets this year.

Stop new fossil fuel infrastructure: We’re not just divesting billions from coal and oil companies — we will stop any new infrastructure, such as power plant expansions, pipelines, or terminals that expands the supply of fossil fuels in our city. We will issue an executive order codifying this policy.

New York City passed its first Green New Deal in April 2019. Like so many other US cities, New York has bypassed the federal government’s lack of initiative to forge ahead at the local level with their own plans to cut emissions and pollution.

It requires around 50,000 of the city’s buildings to cut emissions by 40% by 2030 and 80% by 2050 by installing new windows, insulation, and other retrofits to become more energy efficient. The legislation targets buildings over 25,000 square feet, which make up just 2% of the city’s real estate but account for about half of all building emissions. If landlords fail to meet targets, they will be forced to pay a fine of up to millions of dollars per year.

One of those buildings? Trump Tower.

Unsurprisingly, buildings cause 70% of emissions in the Big Apple. Also unsurprisingly, the real estate industry fought the Dirty Buildings Bill, but the city prevailed.

New York is geographically vulnerable to climate change. Last year’s initiative, and then the follow-up plan yesterday, was not just the right thing to do — it’s the only thing to do to protect the city and the environment.