Tesla is about to launch a new branded wireless phone charger

Tesla is about to launch a new branded wireless phone charger for its vehicles after introducing its own for the Model 3 last year and disrupting the significant third-party aftermarket for Tesla accessories.

Model 3 comes with a wired docking system to charge smartphones in the center console, but many owners have opted for different alternatives due to the advent of wireless charging capability in many flagship phones today, including Apple’s most popular iPhones.

Some companies like Nomad and Jeda built custom wireless charging solutions for the Model 3 that became very popular.

Last year, the automaker decided to build and launch its own Model 3 wireless phone charger, which Tesla now sells directly on Amazon for $125.

Tesla is apparently following it up with a new wireless phone charger. 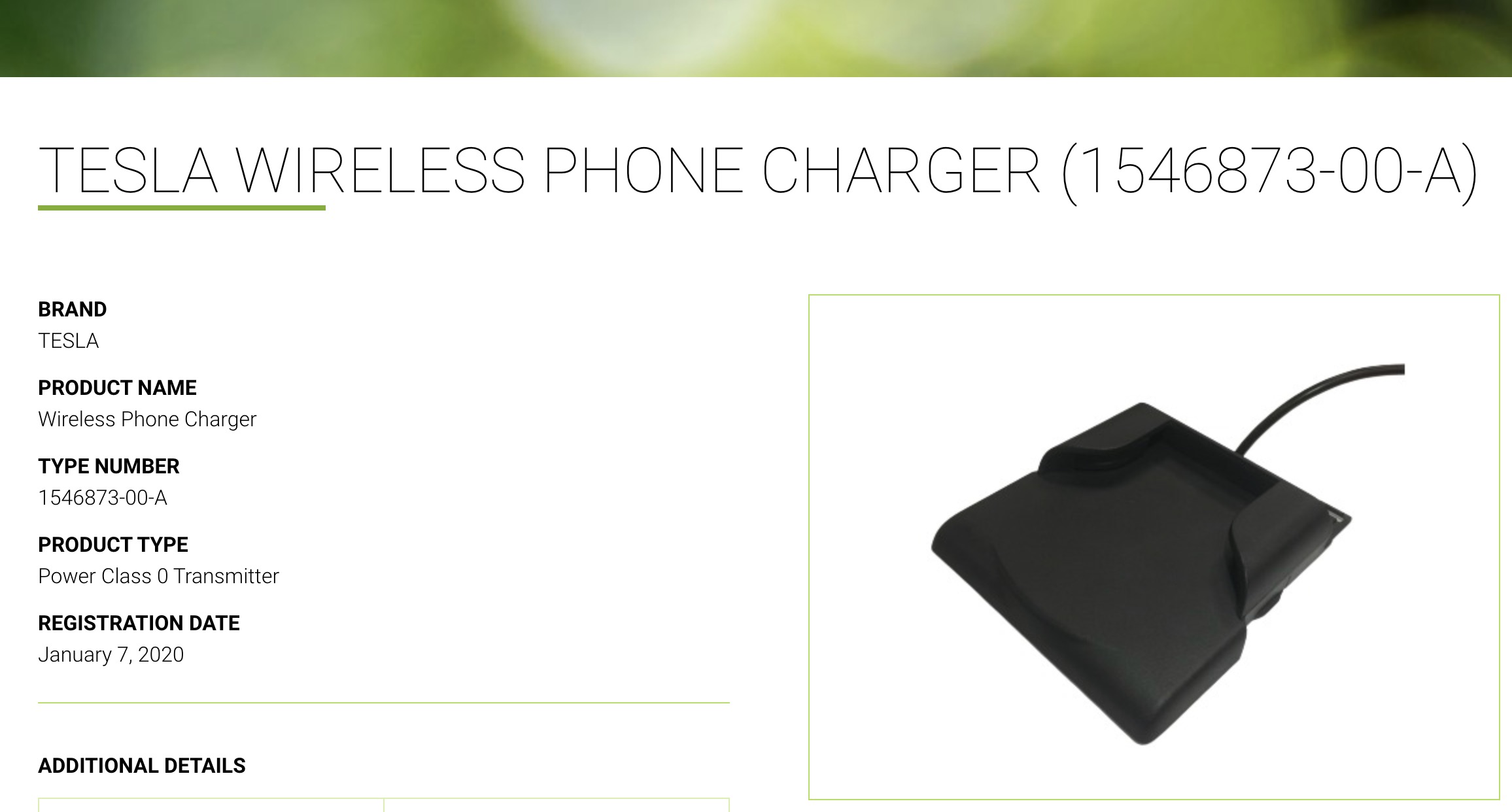 The filing mentions an “extended power profile,” but other than that, there are not many details.

Here are some of the specs:

Based on the image, I doubt that this is for the Model 3. It doesn’t look like you could close the cover of the center console with what appears to be phone holders on the top.

What I do know is that it’s likely going to be expensive. Tesla’s current Model 3 wireless phone charger is $125, while there are many comparable options made for Model 3 on Amazon for just $30.

That said, a lot of people are willing to pay a premium to get a Tesla-branded phone charger.