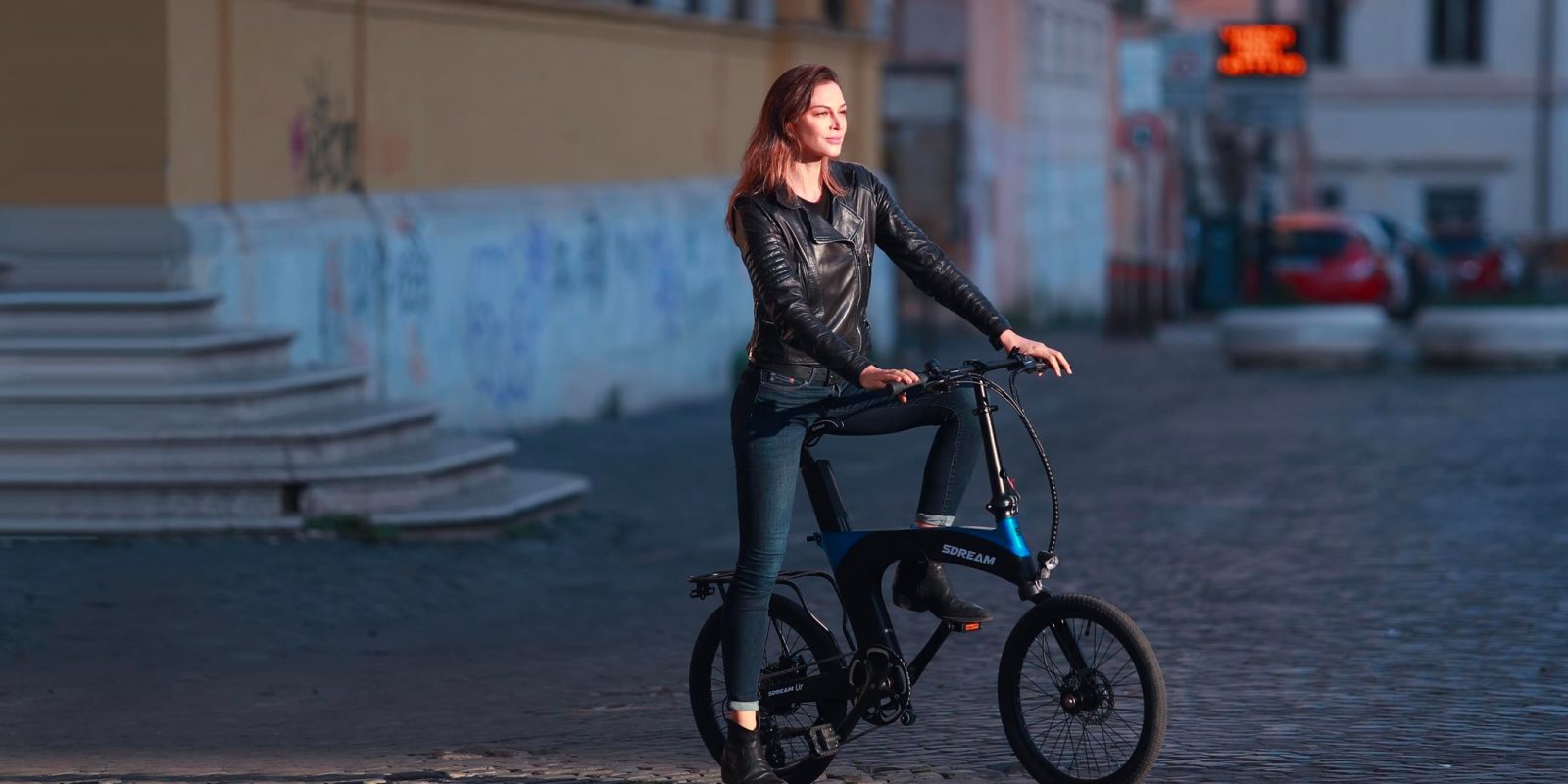 The SDREAM Ur folding electric bike just popped up on my radar, and I’m already impressed with its combination of specs, features, and price. There’s just one catch…

But wait! Before you click away, hear me out. I generally only cover crowdfunded e-bikes if I’ve been able to test the bike in advance, or if the company has previously demonstrated a track record of delivering on its promises.

In this case, the SDREAM team, which is spread across California, Spain, Taiwan, China, and Malaysia, have already run a successful crowdfunding campaign for a previous version of the SDREAM electric bike.

And after making deliveries on that bike, now the team is back with a new and improved version. And its specs (and price) have me excited. 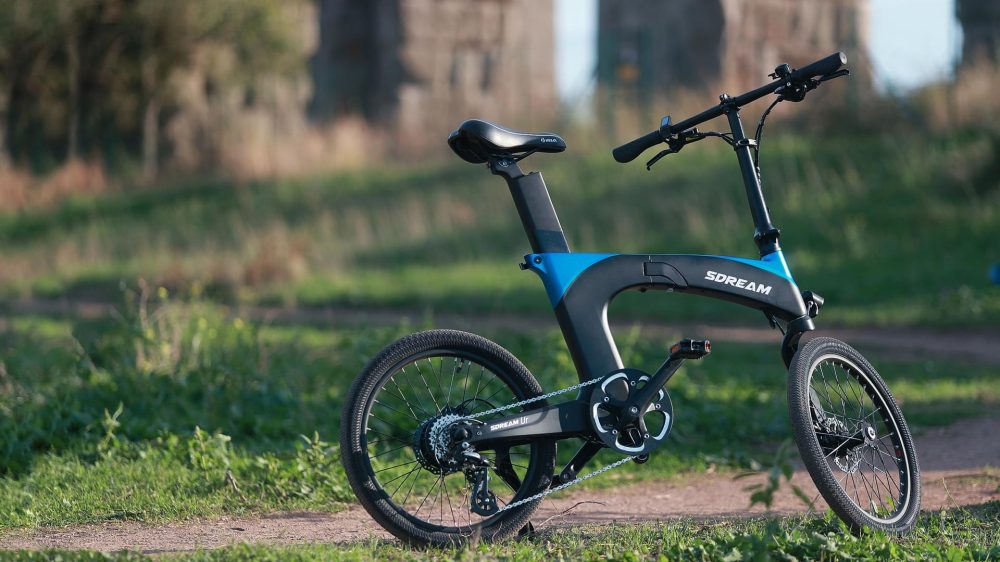 The SDREAM Ur is a folding electric bike with standard 20-inch wheels. Well, the rear wheel is standard, including the 250 W or 500 W rear hub motor in the center (your choice). The front wheel is a thru-axle wheel mounted in a single-sided fork. That not only reduces weight, but it also means you can fix a flat tire without even removing the wheel.

The bike’s frame is made from magnesium alloy, which is another weight-saving measure that helps bring the total weight down to 36-39 lb (16.5-18 kg) depending on the model. Despite the low weight, the SDREAM Ur still features adjustable height handlebars and rear suspension — features normally absent on such low-weight folding electric bikes.

The entry-level SDREAM Ur 250 Lite is priced at $849 and includes mechanical disc brakes, a single-speed drivetrain, and hits an EU-legal 15.5 mph (25 km/h) from its 250 W rear hub motor. It also sports a rather small 187 Wh battery pack and a cadence-based pedal assist system. That model is just so-so, but things start to get much more interesting on the next two models.

Upgrade to the $899 middle-tier SDREAM Ur 250 and you’ll add a 7-speed Shimano drivetrain, hydraulic disc brakes, a true torque-based pedal assist system, and a higher speed of 20 mph (32 km/h). EU customers can still get this model limited to EU speeds.

If you splurge for the $1,099 SDREAM Ur 500X, then you’ll get a battery upgrade to 280 Wh, a twist throttle in addition to the torque-based pedal assist system, and a more powerful 500 W motor.

A GPS tracker upgrade can be added to any of the three models for an additional $69. 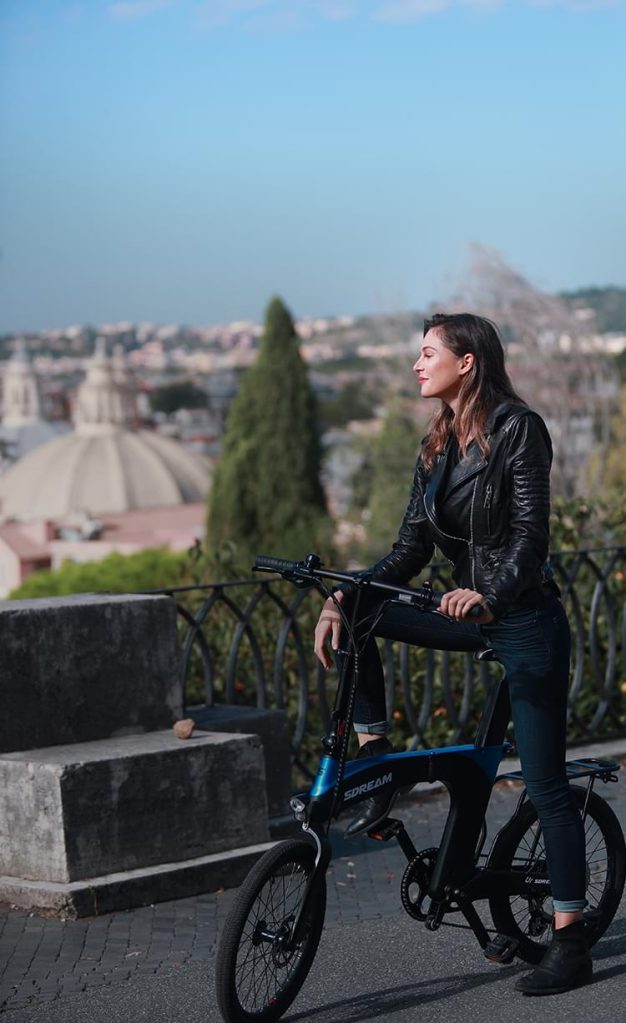 As mentioned above, this is an Indiegogo campaign, and so there’s a certain level of buyer beware that must be advised here. But at the same time, the SDREAM Ur folding e-bike does have two things going for it: 1) The team as already delivered on their previous SDREAM e-bike from Indiegogo last year, and 2) the SDREAM Ur has already reached its funding goal.

Whether that’s enough for you to hop on board for the team’s second ride down the crowdfunding highway is up to you.

To be fair, part of the way they can reduce the price so drastically is that the battery is around half the size of most e-bikes these days. They rate the bikes for around 25 miles or 40 km depending on how much pedaling power the rider adds, but that range is on the extreme high end. These might make great city commuter e-bikes for a 10 mile commute, but don’t expect them to carry you around for a week on a single charge. It’s not going to happen on a bike like this.

For the rest of us with just a few miles to commute in the city, this could be a nice, lightweight e-bike with some fancy features for a killer price. It’s barely more expensive than a Swagtron e-bike yet comes with some serious component upgrades compared to those other budget-level e-bikes.

What do you think of the SDREAM Ur folding e-bike? Let us know in the comments below.