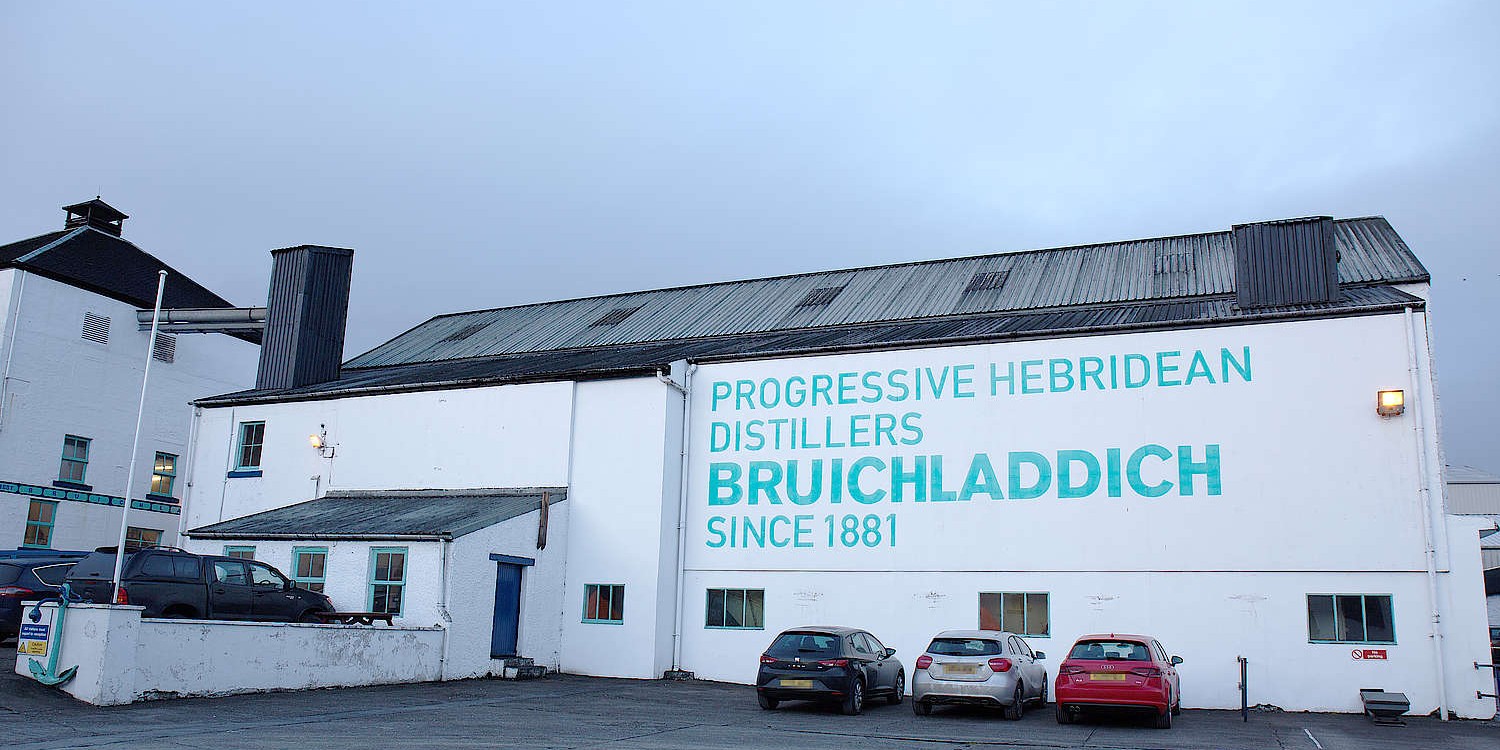 The Bruichladdich Distillery Company is on the island of Islay, the southernmost island of the Inner Hebrides off Scotland’s west coast. Bruichladdich distills three types of single malt whiskies and a gin.

French drinks giant Remy Cointreau bought the distillery in 2012. In March 2019, Bruichladdich announced it would distill, mature, and bottle its single malts only on Islay. It’s building new maltings, which will be operational by 2023. Malting its own barley on site using green energy will increase the distillery’s sustainability.

We are looking at tidal energy, alongside other green energy sources and in March [2020] we are moving the distillery to 100% green electricity.

Looking beyond electricity, we are investigating alternatives to the fossil fuels used in production, including ways to move to greener fuel alternates (non-fossil fuels) some of which, while more expensive, would reduce our CO2 emissions by up to 80%.

We also planted 7,500 trees on site in the last two years.

The distillery made a profit of nearly £1.6 million for the year ended March 31, up from £1.25 million last year. The distillery has 80 employees on Islay and works with 18 farming partners.

If you want to learn more about Bruichladdich, its distilling process, and its whisky, you can watch this video from whisky.com (if you enjoy that kind of thing — I do):

There’s a growing movement to adopt green energy by distilleries. According to the Spirits Business, Highland­-based Scotch whisky distilleries Ardnamurchan and Ncn’ean are wholly reliant on renewable energy. And Greensand Ridge in Kent, England, claims to be the UK’s first carbon-neutral distillery.