Believe it or not, the lunar rover was almost a lunar electric motorbike 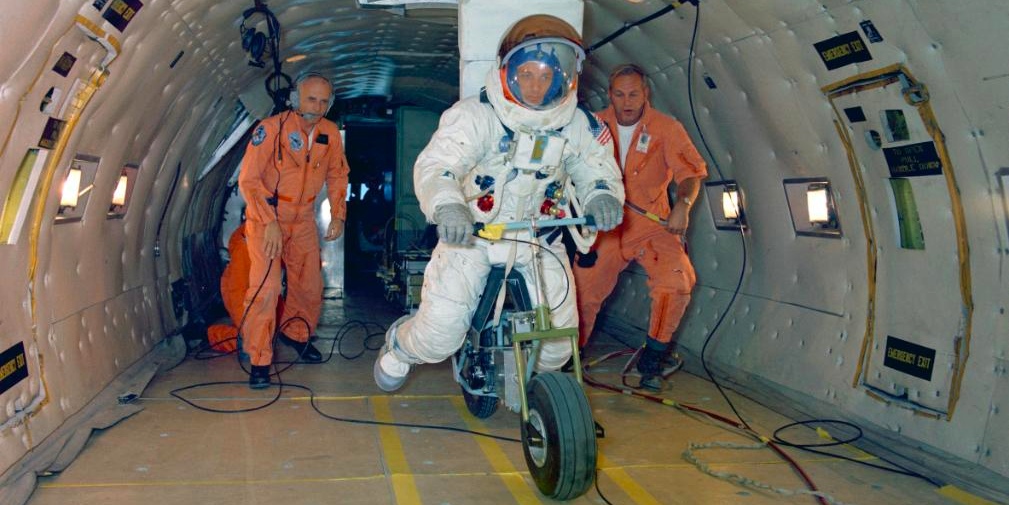 We all remember our history. In 1969, America sent men to the moon. Then, with the main part of the mission accomplished, the next most American thing to do was to send a car up for them to cruise around on.

The NASA astronauts that explored the surface of the moon needed an efficient method to traverse the loose, powdery lunar surface.

And as much fun as bunny hopping was, it still wasn’t the best way to cover long distances. Instead, a motorized vehicle would help astronauts conserve energy and oxygen while reaching sites further from the lunar lander than ever before.

The NASA History Office confirmed that an electric bike, or perhaps more accurately an electric scooter, was tested at one time for use on the surface of the moon. We now know that it was eventually beaten by the lunar rover, a four-wheeled electric buggy. But at least the NASA photos below give us a glimpse of what an alternate history might have looked like if electric bikes had made it to the moon.

In the end, NASA used the Lunar Rover instead, but a lunar dirt bike would’ve been pretty cool. pic.twitter.com/JY0HN1XUax

The lunar electric bike looks like it didn’t make it very far past prototype stage. Though to be fair, much of what flew during the Apollo era was essentially a prototype. And we can’t ignore that it bears at least a passing resemblance to some 2020 model year electric motorbikes.

In the images we can see that the prototype lunar electric bike features batteries housed in a central enclosure, a small electric motor in mid-drive configuration, a lawn tractor-style front wheel, and a dirt bike rear wheel. The pneumatic tires obviously wouldn’t have worked on surface of the moon, which lacks an atmosphere. Instead, the lunar rover featured mesh-covered metal ribbed wheels. Such wheels would have needed to be fabricated for a lunar e-bike like this to work on the moon. 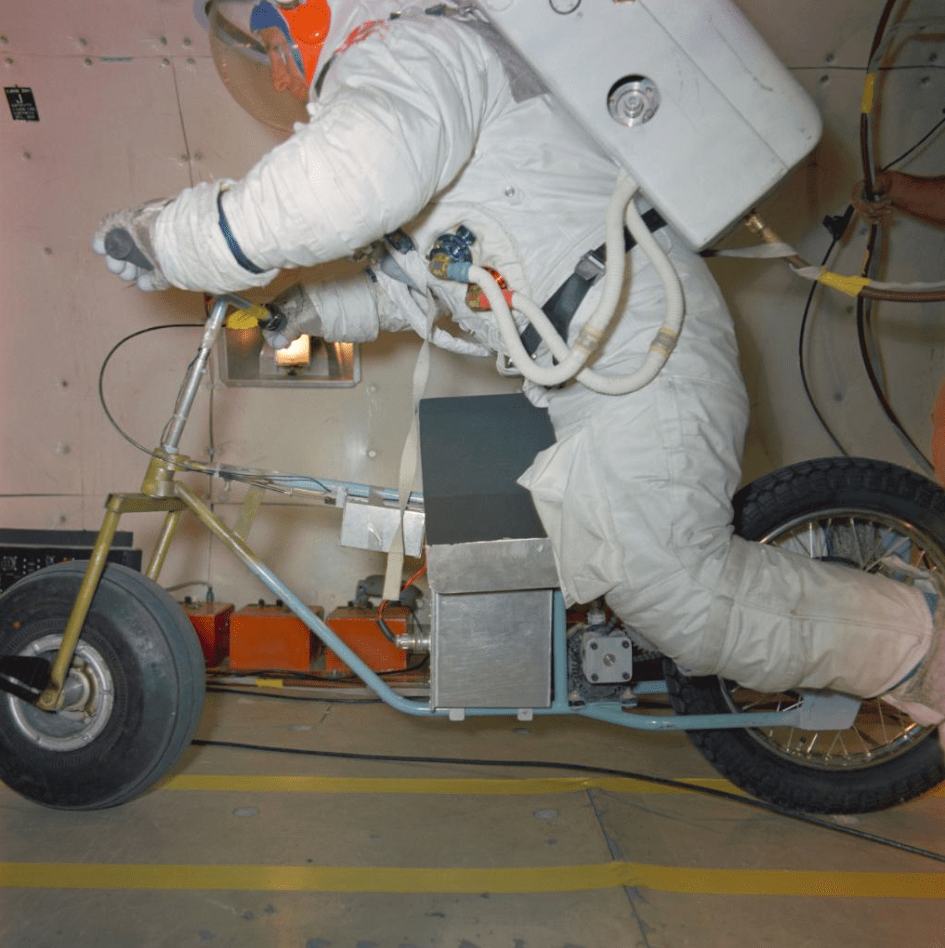 A Lunar Motorbike was developed due to fears that the Lunar Rover wouldn't be ready in time. #nasa #moon #space #motorcycle #motorbike pic.twitter.com/G3SShfjzrc

If these prototypes still exist in any form in a museum in the US, then I’ve never seen them. And I’ve spent so much time with my nose pressed against the glass display cases in the Smithsonian National Air and Space Museum that I could practically volunteer as a substitute docent.

But I like to think that the bikes are still out there, forgotten in a dusty corner of a NASA warehouse, just waiting for a fresh battery swap to purr to life.

Wouldn’t that be something?