Climate Crisis Weekly: Why is Australia being ravaged by fire? 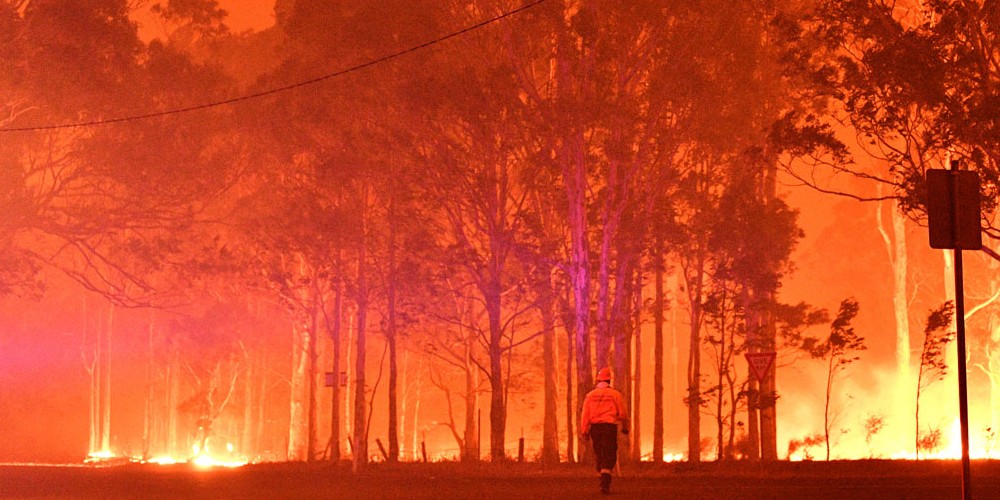 Australia’s bushfires and extreme heat continue. Since September, bushfires have killed 18 people and destroyed more than 1,200 homes across New South Wales and Victoria. At least 17 people remain missing after fires this week alone. Why is this happening?

Vox has a great explainer that goes into the causes of 105F temperatures — the hottest year on record in the country — massive bushfires in four states, and the death of 480 million animals. Here’s the link to Vox‘s story.

But in a sentence, the heat and fires are caused by ocean circulation, drought, and climate change.

As the BBC’s science editor David Shukman points out:

All this has sharpened Australia’s divisions over climate change. A coal-rich economy that depends on fossil fuels faces new questions about its own hand in raising temperatures.

I say to those who are delaying action on climate change: Look at the blood-red sky and unbreathable air in Australia because of raging forest fires.

Our futures are all connected. That is why we must bring the world together and enact a Green New Deal.

And on Friday, as the country continued to burn, former Australian prime minister Tony Abbott told Israeli radio that the world was “in the grip of a climate cult.”

German chancellor Angela Merkel used her New Year’s message to address the issue of the climate crisis. It was aired on New Year’s Eve. Merkel said:

Global warming is real. It threatens us. It’s caused by human activity as are the crises that arise from it. So we must do all that is humanly possible to combat this challenge to humanity. There is still time.

As a 65-year-old, I won’t personally see all the effects of climate change that will occur if politicians fail to act. Our children and grandchildren are the ones who’ll have to live with the consequences of what we do now — or fail to do. That is why I’m dedicating all my strength to making sure that Germany does its part — ecologically, economically, socially — to come to grips with climate change…

I believe we have good reasons to feel confident that the 2020s… can be good years if we draw on our strengths — if we focus on the things that unite us.

In 2019, renewable energies overtook fossil fuels for the first time in terms of net public electricity production in Germany.

Here’s the brief yet delightful moment where Sir David Attenborough, 93, and Greta Thunberg, 16, “meet” on Skype.

Thunberg thanks Attenborough for dedicating his life to the natural world, and tells him she was inspired by his nature documentaries. He in turn thanks her for raising global awareness of the climate crisis. Have a watch:

The US topped the list, with China, India, and Japan all close behind.

All of these billion-dollar disasters are linked with human-caused climate change. In some cases scientific studies have shown that climate change made the particular event more likely or stronger, for example with Cyclone Idai in Africa and floods in India and the United States. In other cases, the event was the result of shifts in weather patterns — like higher temperatures and reduced rainfall that made fires more likely or warmer water temperatures that supercharged tropical storms — that are themselves consequences of climate change.

Last year emissions continued to rise, so it’s essential that nations prepare these new and enhanced pledges for action to the Paris agreement as soon as possible.

The full report can be read here.

It’s kind of ironic. Home heating and cooling systems are designed to make us more comfortable, yet due to the emissions they create, they’re contributing to more extreme — uncomfortable — temperatures.

Yale Climate Connections reports that HVAC system and refrigerator truck company Ingersoll Rand has set a goal of reducing its customers’ carbon footprint by one gigaton by 2030.

That’s the equivalent of the annual emissions of the UK, Italy, and France combined.

Ingersoll Rand’s Scott Tew says: “I think it’s really important for companies like ours to commit ourselves and then challenge others.” 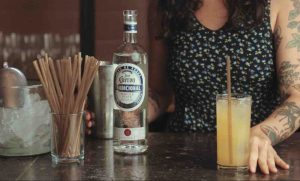 Tequila brand Jose Cuervo is salvaging leftover agave fibers from the tequila-distilling process and turning them into environmentally friendly straws. The company is working with scientists at BioSolutions Mexico and the production team at Mexico-based PENKA.

Cuervo calls the effort the Agave Project and says it is “a first-of-its-kind biodegradable, bio-based drinking straw that will decompose up to 200 times faster than regular plastic,” according to the Good News Network.

It creates a more sustainable straw and uses the tons of fibrous material leftover from the tequila-making process. The straws will be rolled out in 2020 in the US and Mexico.

It takes an average of six years to grow an agave plant before it is mature enough to harvest for tequila production, and we have to be committed to finding more ways to use the agave fibers once that process is complete. The debut of our biodegradable, agave-based drinking straws is a new step in utilizing the full potential of this very special Mexican agricultural product.

Some Amazon employees have said the company threatened to fire them for their climate-crisis activism.

We must be able to speak up. Here is our press response to Amazon’s intimidation tactics. 3/ pic.twitter.com/7DqhCw09Yf

The employees called for the company to do more to address the climate crisis. As the BBC states:

The group has called on Amazon to achieve zero emissions by 2030, limit its work with fossil fuel companies, and stop funding for politicians and lobbyists who deny the existence of climate change.

[In September 2019, CEO Jeff] Bezos announced plans for the company to be completely powered by renewable energy by 2030 and have net zero carbon emissions by 2040.

The company replied that its policy on employees making statements applies to everyone. Amazon said, “As with any company policy, employees may receive a notification from our HR team if we learn of an instance where a policy is not being followed.”

More than 1,000 Amazon workers left work to march in the Global Climate Strike the day after Bezos’ announcement.

In this week’s Jane Fonda watch, the actor and fellow climate-crisis activists turned their attention to the fossil-fuel industry. They rallied on the US Capitol’s southeast lawn on Fire Drill Friday.

Fonda was joined by actor Sam Waterston, climate director of Greenpeace USA Janet Redman, and many others. Waterston was arrested (again). Here’s Redman giving a speech:

Here’s why they protested and marched, according to Fire Drill Friday’s website:

There is one group of industries above all else [that] is especially responsible and needs to be held accountable: fossil fuel corporations.

These corporations deceived the public through spreading fake science and climate denialism, misled their shareholders, viciously expanded their fossil fuel exploration and extraction, blocked climate solutions at the state and federal level, sought to silence dissent and protest, and robbed humanity of a generation’s worth of time to advance solutions.

Thank you, Sam Waterston! Arrested for the 2nd time with #FireDrillFriday 🔥 pic.twitter.com/bbrG2Xg5qt