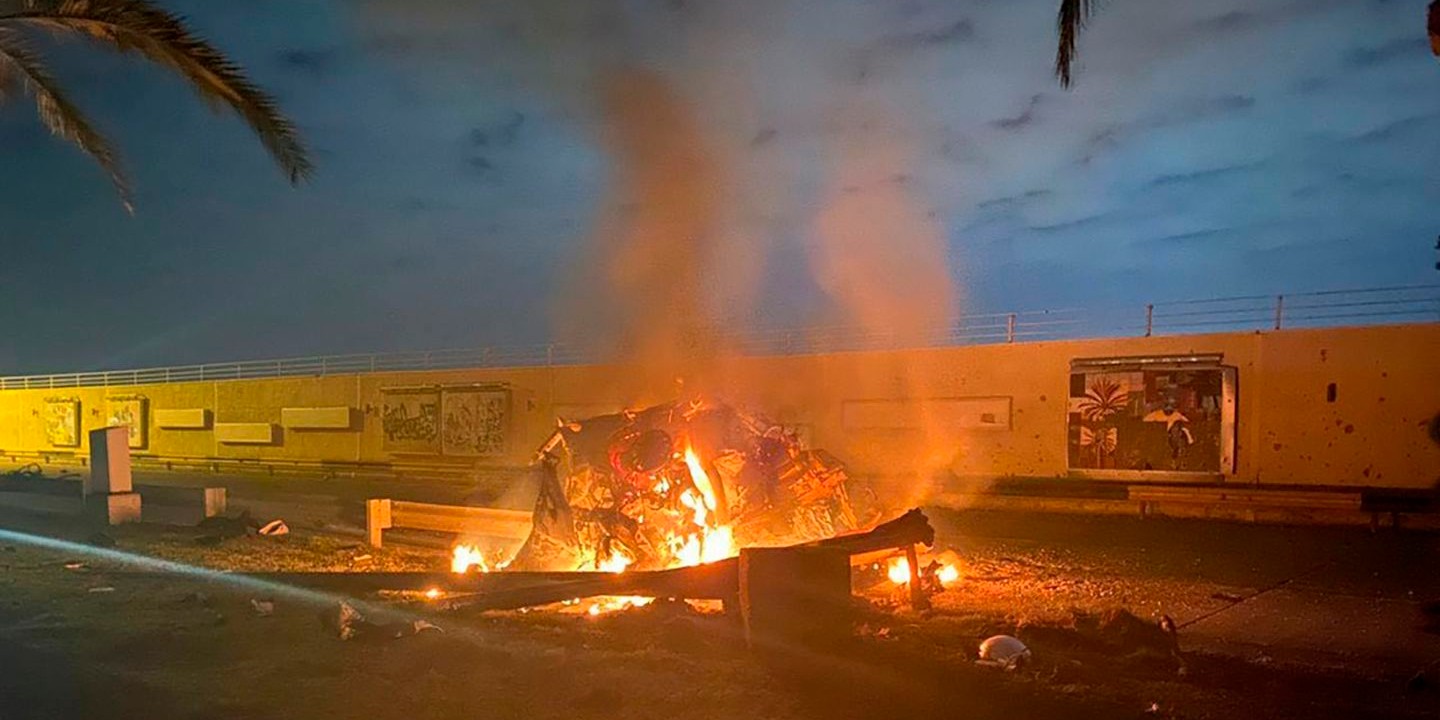 Oil prices spike after US airstrike

After Iranian general Qassem Suleimani was killed in a drone airstrike in Baghdad early Friday (pictured), oil prices jumped by more than $2 a barrel to $69 a barrel, a 4% increase.

The price spike is a result of concern that global supply could be impacted by a crisis in the Middle East.

Saudi Arabian oil processing company Aramco’s plants at Abqaiq and Khurais were attacked by drones. (Yemen’s Houthi rebels claimed responsibility for the attack, but the US is blaming Iran, who denies they were responsible. Saudi Arabia says Iranian weapons were used.)

The attack on Aramco also caused a price spike of oil.

Despite the latest attack, the price of oil remains below a peak of about $75 a barrel recorded in April last year. Several major nations have become less dependent on Middle Eastern oil in recent years, including the US, which has ramped up domestic shale production.

The Iranians say they intend to take “harsh retaliation” in response to the US airstrike.

The UK’s National Grid reports that green energy became the largest power source in the country in 2019. Last year was the UK’s cleanest energy year on record.

The National Grid includes nuclear energy in the mix, as well as wind, solar, and energy imported by subsea cables. That combination supplied 48.5% of the UK’s electricity in 2019. Fossil fuels — coal, gas, oil, and diesel — provided 43%. Biomass such as wood pellets made up 8.5%.

The UK’s target year to become net zero is 2050, so the country is nearly at the halfway point.

Coal now only provides 1.9% of electricity for Britain. By March, there will be four coal plants left in the country. Last summer, the country went for 18 days without burning any coal.

In Germany, the New Year brought in a price slash of 10% on Deutsche Bahn’s Intercity Express trains for trips of more than 50 km (31 miles).

This cut is a result of Deutsche Bahn passing on to customers the government’s cut in value-added tax on rail travel from 19% to 7%. This is to encourage people to take the train rather than drive in order to cut emissions.

The train company is also cutting fees for transporting bicycles.

Deutsche Bahn, Germany’s main rail-service provider, is a private company, and the state is the single shareholder. The company believes this will increase the number of passengers by 5 million per year.

The Israeli government has approved plans to erect hundreds of wind turbines in the north of the country.

Israel targeted the conversion of 10% of the country’s electricity supply to renewable energies by 2020, and is aiming for a cumulative reduction of 17% by 2030.

In November, Energy Minister Yuval Steinitz vowed that Israel will move into a coal-free era of power production by the end of 2025, five years earlier than originally targeted. Electricity production from coal has been halved since 2015, according to the Energy Ministry, as Israel increasingly relies on its domestic supply of natural gas.

The wind turbines are currently in the planning phase and will be implemented in the next couple of years.