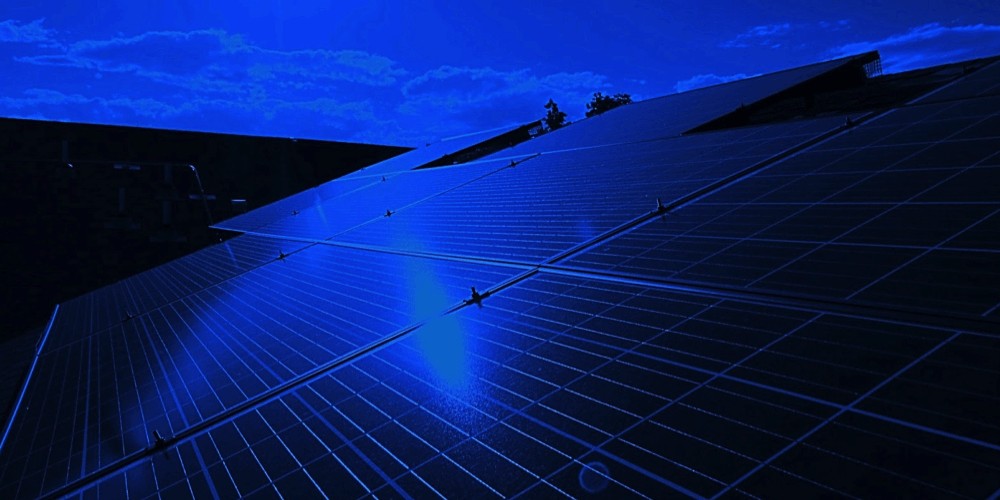 In today’s Electrek Green Energy Brief (EGEB), as the year comes to a close, here are your top 5 favorite EGEB stories of 2019. We start with the most popular.

A solar system that delivers electricity at night

July 15 — Researchers at Australia’s Curtin University are calling their new thermal battery a “renewable energy game-changer,” as it will be able to store energy and release it directly from a solar system at any time, including overnight. As Professor Craig Buckley explained:

Storage has long been a stumbling point for renewable energy but our prototype thermal battery is able to store and, as required, release solar energy without reliance on sunlight at all times.

The battery uses a high-temperature metal hydride or metal carbonate as the heat storage medium and a low temperature gas storage vessel for storing the hydrogen or carbon dioxide.

“At night, and in times of cloud cover, hydrogen or carbon dioxide is released from the gas storage vessel and absorbed by the higher temperature metal to form a metal hydride/metal carbonate, which produces heat used to generate electricity.

It’s another form of energy storage — check out the largest concentrated solar thermal farm in the world — and the system itself would technically be providing the electricity. But a “game-changer?”

April 12 — Researchers have come up with a new design coupling perovskites with silicon that could be a breakthrough for solar power, Science Magazine reports.

Attempts to pair perovskite solar cells with silicon — absorbing both high- and low-energy light in the process — have presented a number of challenges, holding back the obvious potential of using the two materials together. But the new method involves using thin layers of perovskites on top of a silicon cell, converting light instead of generating current. The silicon cell then converts the light into electricity.

Chemist Daniel Gamelin and the team of researchers predict the tandem of “topping a high-end silicon cell with the ytterbium perovskite should enable it to convert 32.2% of the energy it absorbs as sunlight into electricity, up from 27% — a 19.2% boost.”

The solar potential of perovskites is well-noted and requires further research. But an efficiency boost of 20% in silicon solar cells is “one of the most exciting results I’ve seen in a long time,” Stanford perovskite expert Michael McGehee told Science.

‘So they knew’ — about the CO2 emissions

October 24 — Representative Alexandria Ocasio-Cortez (D-NY) questions Martin Hoffert, a scientist consultant for Exxon Research and Engineering in the 1980s, in this video from the Guardian. Hoffert confirms that as far back as 1982, the oil giant knew that the burning of fossil fuels would cause CO2 levels to rise, and thus raise the temperature of the earth.

House Democrats on Wednesday laid out evidence that the oil behemoth ExxonMobil had known since the 1970s about the potential for a climate crisis and intentionally sowed doubt about it.

YouTuber Jimmy Donaldson, aka MrBeast, who posts videos of stunts on the platform, was challenged in May on Reddit to plant 20 million trees to celebrate reaching 20 million subscribers on his YouTube channel.

So he got together with other YouTube stars and launched #teamtrees on October 25. The project has a target of raising $20 million to plant trees around the world. Each tree costs $1.

Tesla CEO Elon Musk asked MrBeast about the project on Twitter, and then in response to YouTube star Marques Brownlee, committed to donating 1 million trees on the spot. He then changed his Twitter name to “Treelon.”

Elon followed through on his promises today:

April 26 — It sounds like a bad joke: Want to give your solar power a jolt? Add some caffeine! But that’s what a team of researchers has done in caffeinating perovskite solar cells.

A team of researchers published an article in Joule titled “Caffeine Improves the Performance and Thermal Stability of Perovskite Solar Cells.” They found the interaction between caffeine and lead ions in the perovskites becomes a “molecular lock” that “increases the activation energy during film crystallization, delivering a perovskite film with preferred orientation, improved electronic properties, reduced ion migration, and greatly enhanced thermal stability.”

The cells were stable and more efficient. UCLA researcher Rui Wang told Cosmos the team was surprised by the results, including highly efficient findings on their first attempt of incorporating caffeine. Wang said,

Caffeine can help the perovskite achieve high crystallinity, low defects, and good stability. This means it can potentially play a role in the scalable production of perovskite solar cells.