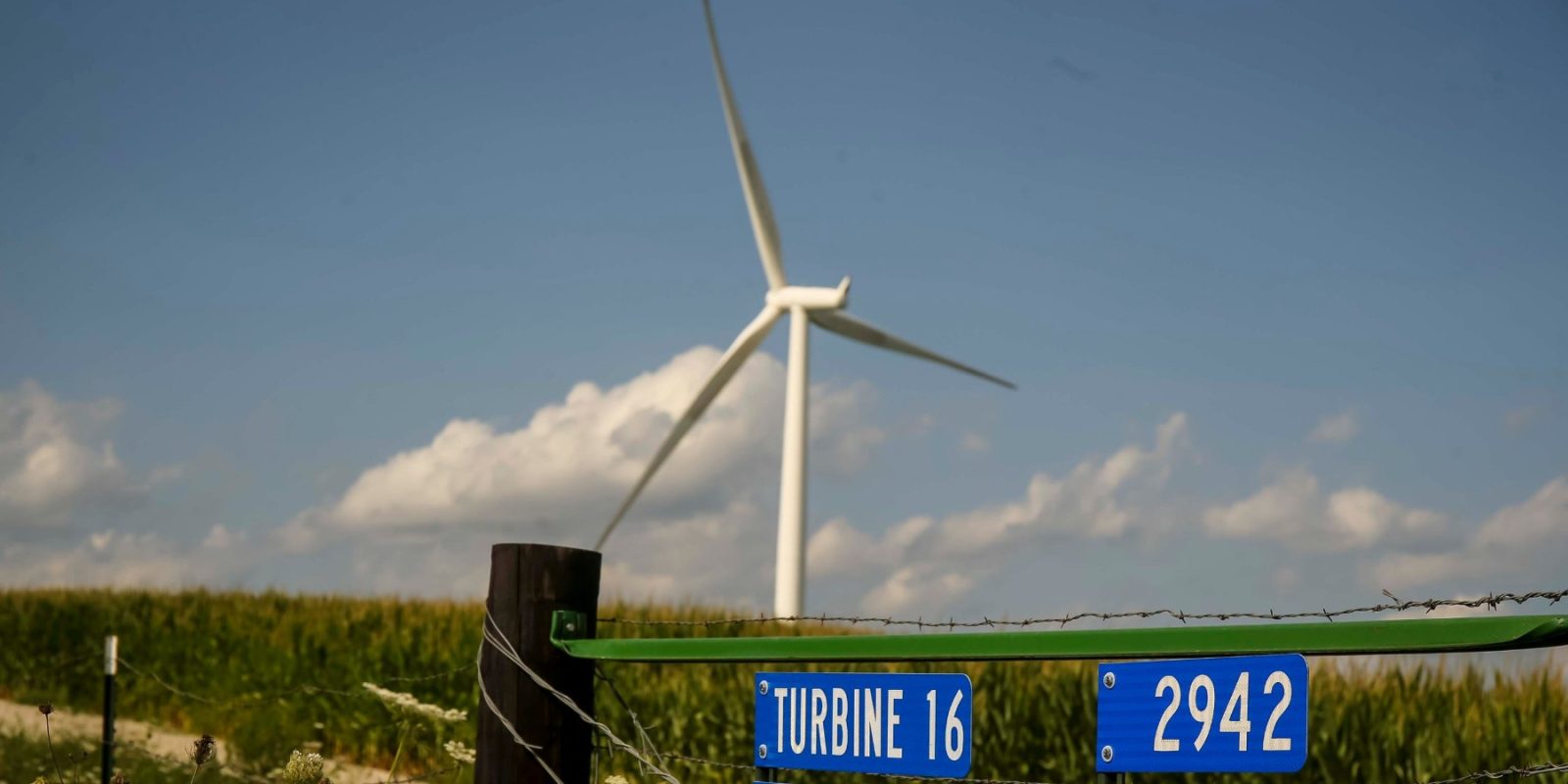 And its Montpelier, Iowa, mill is on track to be run on 100% green energy by 2022, according to SSAB Americas.

SSAB’s US mills use scrap-based mini-mills with electric arc furnace (EAF) technology, using almost 100% recycled materials in their production process. SAB Iowa and SSAB Alabama, near Mobile, will eventually use Sweden-produced, fossil-free sponge iron, a direct reduction of iron ore to iron, which will result in the eventual production of fossil-free steel.

SSAB Iowa partners with MidAmerican Energy, which is powered primarily by wind farms in Iowa (pictured above).

SSAB continues to innovate our products and manufacturing processes, and accordingly, we will transition toward fossil-free steelmaking and renewable energy. Ultimately, our goal is to create a completely fossil-free value chain, from the raw materials and through to the end products.

US Steel will close the Great Lakes Works steel mill on Zug Island, downriver from Detroit. This will result in layoffs of up to around 1,500 jobs in April 2020. The mill services the auto industry.

US Steel will shift some of the work to its vertically integrated plant in Gary, Indiana, and the Great Lakes Works mill’s division that rolls slabs into steel sheets will shut down by the end of 2020. The company is working to reverse forecast fourth-quarter operating losses.

US Steel stated that it will be investing more in electric mini-mills, which are cleaner and more flexible.

As the Detroit News explains:

The planned reworking of US Steel’s mills in some ways mirror changes in the global auto industry that have Ford Motor Co., General Motors Co., and Fiat Chrysler Automobiles NV adjusting global footprints — and in some cases building new facilities — to replace outdated business practices and manufacturing processes.

Without sooty smokestacks, electric-arc mini-mills can coexist in suburban areas without affecting the environment of its neighbors.

‘For many years, that plant has been polluting the southwest area,’ said Sandra Turner-Handy, engagement director for the Michigan Environmental Council. ‘It’s good that the environmental impacts will lessen, but it’s a loss of jobs. It’s a relief for the residents who have suffered for so many years because of that plant.’

The Windsor Star reported in June:

US Steel Great Lakes Works has been listed as having “high-priority violations” every quarter annually for the last three years, according to enforcement and compliance records by the US Environmental Protection Agency.

US Commerce Secretary Wilbur Ross said on Friday that the plant is closing because it is too expensive to run. And Peter Navarro, the White House’s director of the office of trade and manufacturing policy, told CNN on Friday that US Steel “did not adapt with the times. They are paying for it dearly.”

In 2018, the Trump administration put a 25% tariff on steel imports. There was a short-term rise in steel prices, and then an industry slump followed due to an oversupply of US-made steel, a continued supply of tariff-exempt steel imports, and low demand.

Going green will pay off in 7 years, says study

Stanford University professor Mark Jacobson published a study on Friday that says going 100% green will pay for itself in seven years. Jacobson’s research underpinned the Green New Deal, according to Bloomberg.

Jacobson’s study, which is titled, “Impacts of Green New Deal Energy Plans on Grid Stability, Costs, Jobs, Health, and Climate in 143 Countries,” was published in the journal One Earth.

It would cost $73 trillion to revamp power grids, transportation, manufacturing and other systems to run on wind, solar and hydro power, including enough storage capacity to keep the lights on overnight.

But that would be offset by annual savings of almost $11 trillion, the report found.

Jacobson claims in his paper:

Studies among at least 11 independent research groups have found that transitioning to 100% renewable energy in one or all energy sectors, while keeping the electricity and/or heat grids stable at a reasonable cost, is possible.