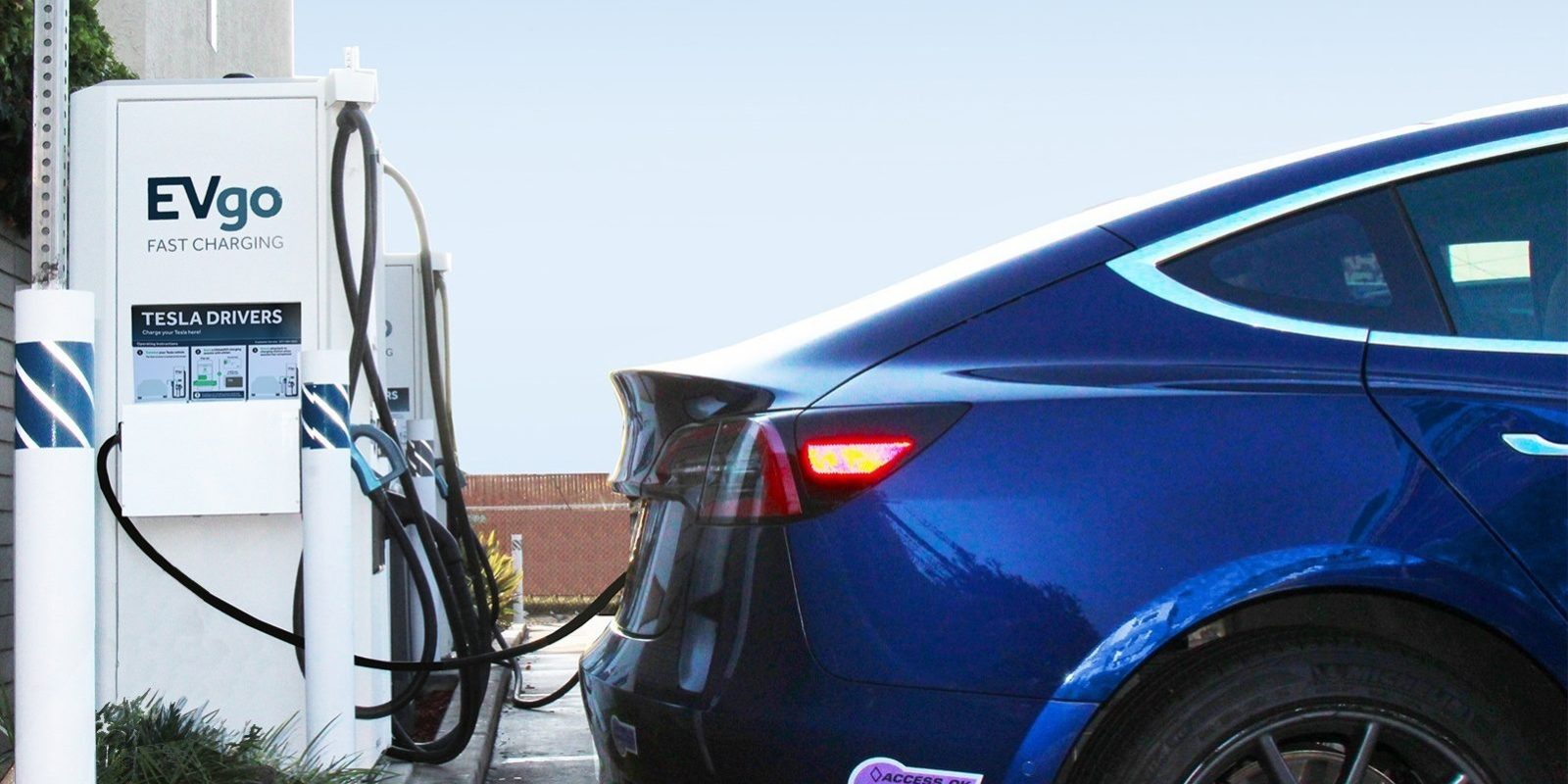 EVgo announced today that they are collaborating with Tesla to install their proprietary connector on their public charging stations nationwide.

In Europe, Tesla adopted the CCS plug for Model 3 and it is offering a CCS adapter for other vehicles, which gives European Tesla owners access to most third-party charging stations.

While in the US, unlike most other electric automakers using the CCS or CHAdeMO standards, Tesla is using its own proprietary connector and it has yet to offer a CCS adapter.

It does offer a CHAdeMO adapter, but the EV charging station market is mostly moving toward CCS.

The result is that Tesla owners have yet to gain access to some of the latest CCS fast-charging stations from companies, like Electrify America or EVgo.

Those are sometimes referred to as “public charging stations” since Tesla’s Supercharger stations only work with Tesla vehicles.

“EVgo’s new program features integrated Tesla connectors installed at all EVgo public fast charging stations in the City of San Francisco. We expect the program to expand nationally from there in 2020. EVgo’s new integrated Tesla charging provides up to 90 miles of charge in about 30 minutes at one flat per minute rate, with no additional fees.”

The first stations are located at Whole Foods Markets in the San Francisco area.

EVgo confirmed that they are working with Tesla on the project:

“EVgo values the collaboration of Tesla in developing this program, and we look forward to exploring new ways to meet the charging needs of Tesla drivers. EVgo is committed to public fast charging for all, and we welcome feedback about how we can continue to improve the charging experience for all fast-charge vehicles.”

The company didn’t confirm the number of stations that will get Tesla connectors, but EVgo has over 750 fast-charging stations.

Generally, I believe that the Supercharger network is the best option for Tesla drivers, but sometimes another charging might be in a perfect spot for your trip.

If the station doesn’t have CHAdeMO or you don’t have a Tesla CHAdeMO adapter, the station is useless to you.

Now if you have the option between a Supercharger station and an EVgo station, I doubt Tesla drivers will go with the latter.

It will be interesting to get a good price comparison.