Footage from a Model 3’s TeslaCam, Tesla’s integrated dashcam system, is being used by the police to track a truck driver who pushed the Model 3 and another vehicle off the road.

According to Cottonwood Heights, Utah’s’ police department, two vehicles were driven off the road, causing them to roll over, on Sunday.

Witnesses stated a reckless driver in a newer model black GMC truck attempted to illegally pass several cars. The truck allegedly side-swiped a Tesla, causing it to collide with a car in the adjacent lane. Both vehicles were forced off the road, and rolled. The truck then fled the scene.

Five people were treated at the scene, but no one was severely injured, and they were all released, even though the crashes themselves were pretty brutal.

The Model 3 ended up rolling over into a ditch: 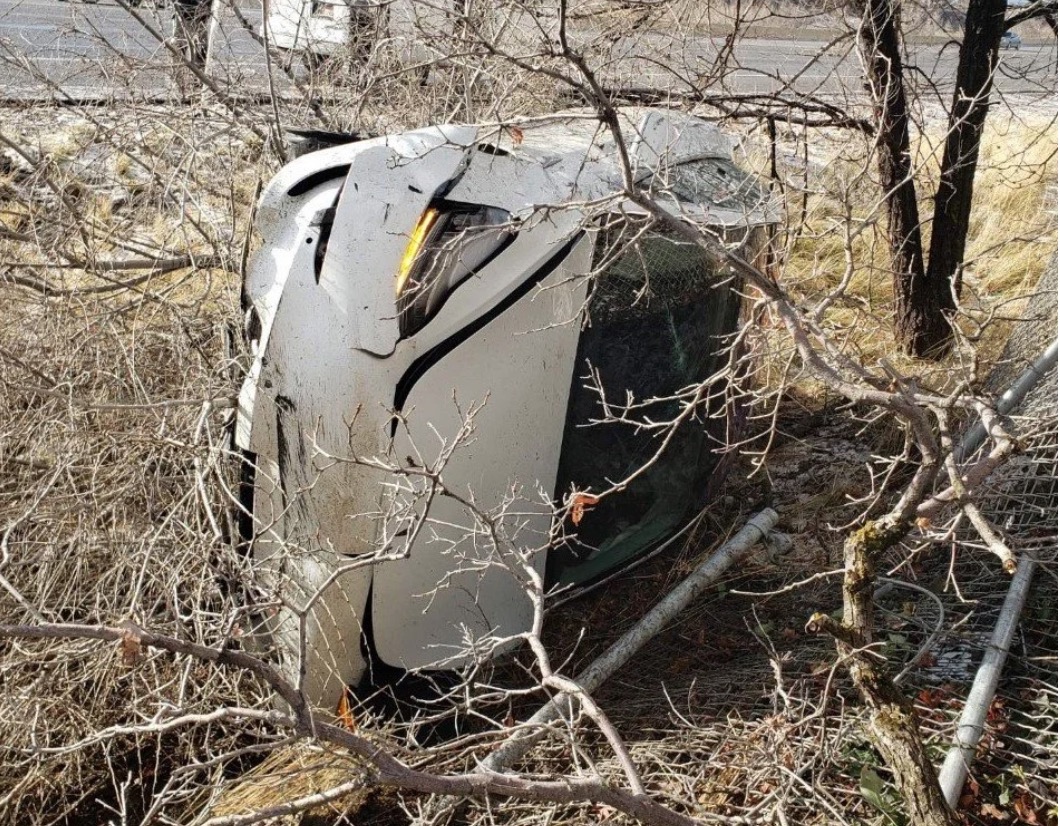 Last year, Tesla Model 3 achieved the lowest probability of injury of any vehicle ever tested by NHTSA.

The automaker wrote about Model 3’s performance in rollover safety at the time:

Rollover accidents are a significant contributor to injuries and deaths on US roads. Tesla’s vehicle architecture is fundamentally designed to have a very low center of gravity, which is accomplished by placing the heavy battery pack and electric motors as close to the ground as possible. In the event that a rollover does occur, our internal tests show that the Model 3 body structure can withstand roof-crush loads equivalent to more than four times its own weight and with very little structural deformation. NHTSA’s standards only require that cars withstand loads of three times their own weight.

Despite the severity of the crash, they managed to recover the TeslaCam footage from the Model 3, and it shows the suspect’s truck.

The Cottonwood Heights Police is sharing the TeslaCam footage with the public to help them identify the suspect:

Unfortunately, the license plate number is not visible in the video.

Here are a few more images released by the police:

They didn’t release the full video of the accident.

In order for TeslaCam and Sentry Mode to work on a Tesla, you need a few accessories. We recommend Jeda’s Model 3 USB hub to be able to still use the other plugs and hide your Sentry Mode drive. For the drive, I’m now using a Samsung portable SSD, which you need to format, but it gives you a ton of capacity, and it can be easily hidden in the Jeda hub.