A Tesla owner managed to get a $171 ticket dismissed after closely studying the footage from his integrated dashcam system inside his Model 3.

A Model 3 owner from Indiana was surprised when a police officer stopped him after making a left turn at a traffic light.

He quickly pressed on the TeslaCam button, which records the last 10 minutes of what happened around your car, and this  quick-thinking move saved him $171.

The police officer told him that he didn’t have his turn signal on when he made the left turn at the intersection.

The driver was fairly convinced that he actually turned it on.

He studied the TeslaCam footage and realized that you can clearly see that the Model 3’s turn signal is on by looking at the reflection in the tailgate of the pickup truck in front of it:

So my @Tesla Model 3 continues to save me more $$ @elonmusk. I was issued $171 no turn signal ticket & #dashcam was able to get it dismissed. See reflection on truck’s tailgate pic.twitter.com/QH7BVDfxMG

It took about 5 months, but the owner contested the citation and won, according to a screenshot of his case: 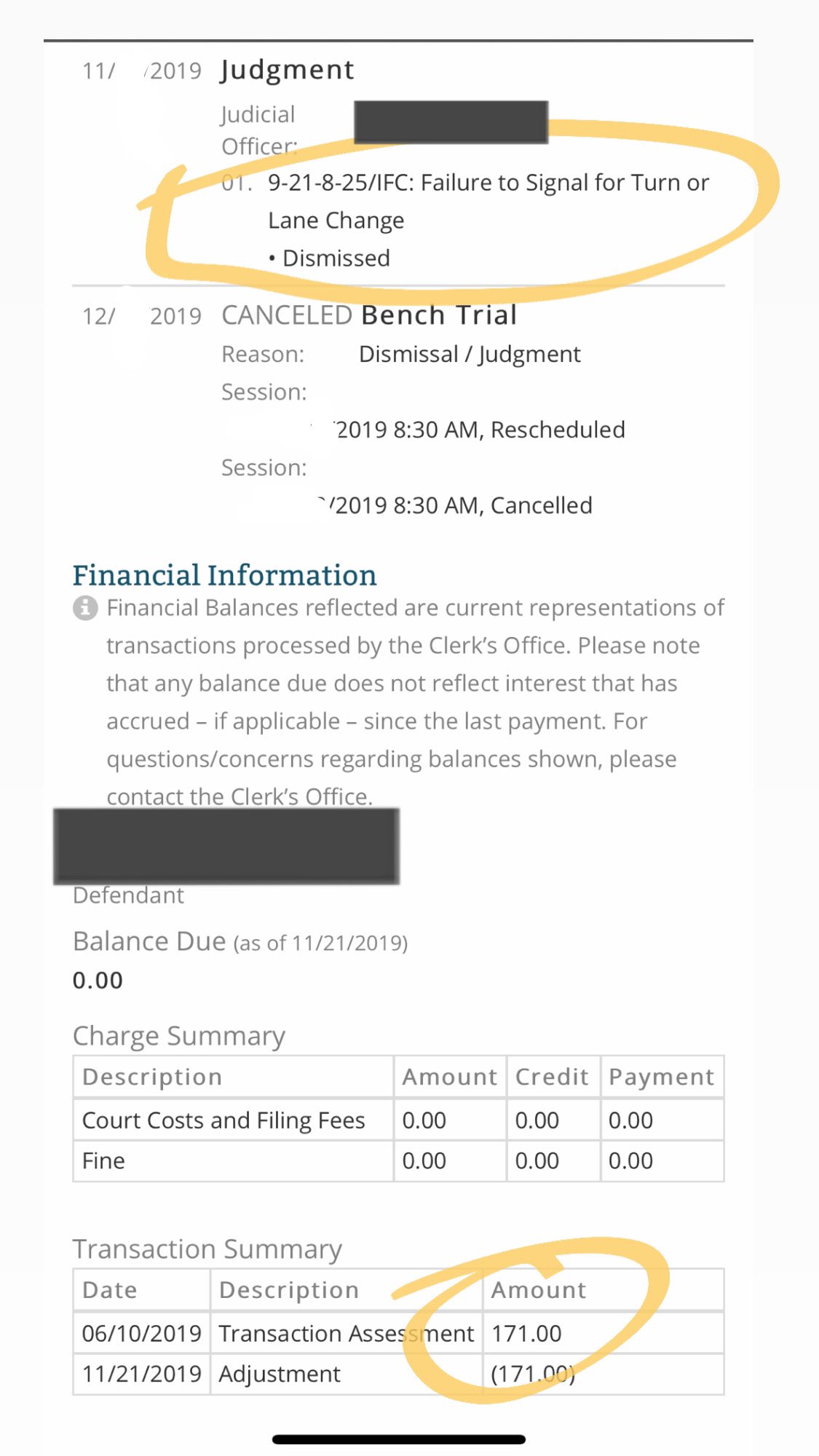 The TeslaCam saved him from a $171 ticket.

Last year, Tesla released a software update to enable owners of vehicles with Autopilot hardware to use the Autopilot cameras to record footage when needed – like a dashcam – hence why they called the feature: “TeslaCam“.

Building on its previously released dashcam feature, Tesla enabled the use of more cameras around the vehicle and activated a “stand-by” parking mode earlier this year.

In order for TeslaCam and Sentry Mode to work on a Tesla, you need a few accessories. We recommend Jeda’s Model 3 USB hub to be able to still use the other plugs and hide your Sentry Mode drive. For the drive, I’m now using a Samsung portable SSD, which you need to format, but it gives you a ton of capacity, and it can be easily hidden in the Jeda hub.

This is so dumb.

First off, it was a left turn-only lane. I know you should always use your turn signal and I try to always do it, but in this case, it clearly wasn’t dangerous to not use it since the only action the car could take is to continue on the same lane.

Therefore, if you are trying to protect the public, that’s not the kind of behavior you should focus on as a police officer on road duty.

Secondly, the guy actually had his turn signal on. That’s just ridiculous.

It looks like the police officer was camped there trying to catch people not using their turn signal in that lane and he got sloppy and give it to someone that actually had it on.