EV critics often cast doubt about waste associated with used electric-car batteries. What they overlook is recycling efforts as well as the second use of batteries for stationary energy storage. The latest of many projects to deploy used EV batteries in buildings was announced today by Mitsubishi.

The Japanese automaker said it will partially power the Okazaki City plant, where it makes electric cars, with batteries previously used in its EVs.

The utility-scale rooftop photovoltaic system will be able to produce 3GW of power a year – and store 1MWh of energy in used batteries from Mitsubishi Outlander Plug-in Hybrid vehicles.

The PV and battery-storage system is expected to reduce carbon emissions by approximately 1,600 tons a year. Its primary purpose is to avoid peak demand of power consumption at Okazaki Plant. The stored energy can also be used in the event of a power outage. 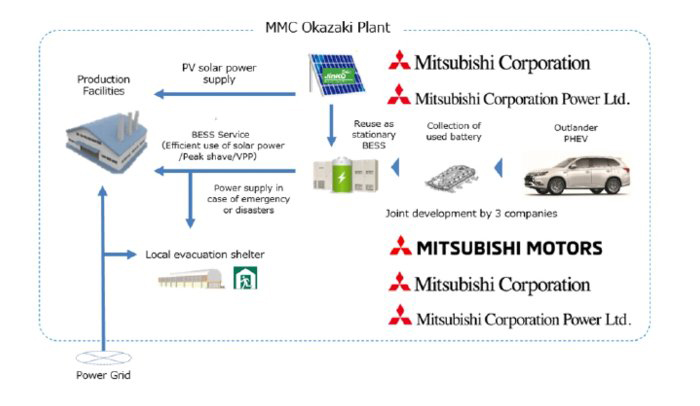 Soon after launching the all-electric i-MiEV car in 2009, Mitsubishi introduced demonstrations and pilot projects for homes and car dealerships powered by EVs and electric-car batteries.

At this year’s Geneva Motor Show, Mitsubishi showed its Dendo Drive House, an energy system allowing owners to generate, store, and energy automatically between their cars and home. The two-way vehicle-to-grid system was offered to its EV and plug-in hybrid customers in Japan and Europe in October. 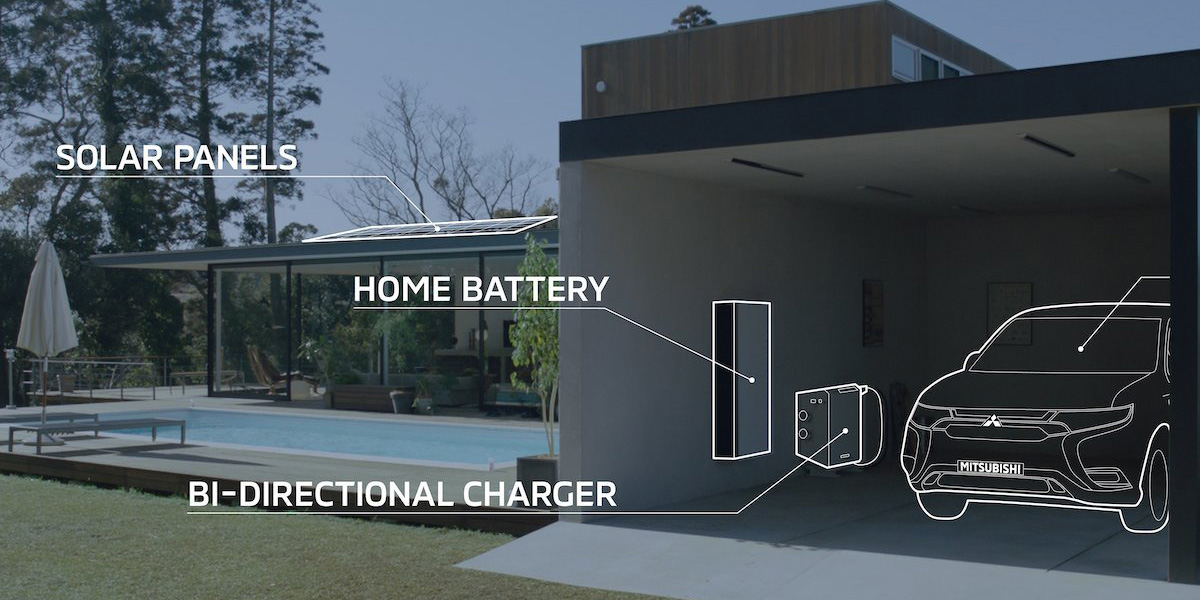 The Mitsubishi projects are hardly the only examples of effective secondary use of EV batteries.

In May, BELECTRIC, a German solar and battery company, completed a 1.9MWh energy storage system using second-life electric-vehicle batteries from Audi. The Berlin-based system uses 20 batteries from test vehicles owned by Audi. The project was built at the EUREF Campus, a high-tech, low carbon innovation center.

In June 2019, used Nissan Leaf batteries were deployed to a half-dozen sports stadiums in Europe. In the same month, Rivian sent used pickup truck battery packs as an energy storage system to create microgrids in parts of Puerto Rico impacted by Hurricane Maria in 2017.

When Mitsubishi’s new project is completed in May 2020, the solar-plus-EV-battery system will be one of the largest rooftop PV system projects in Japan.