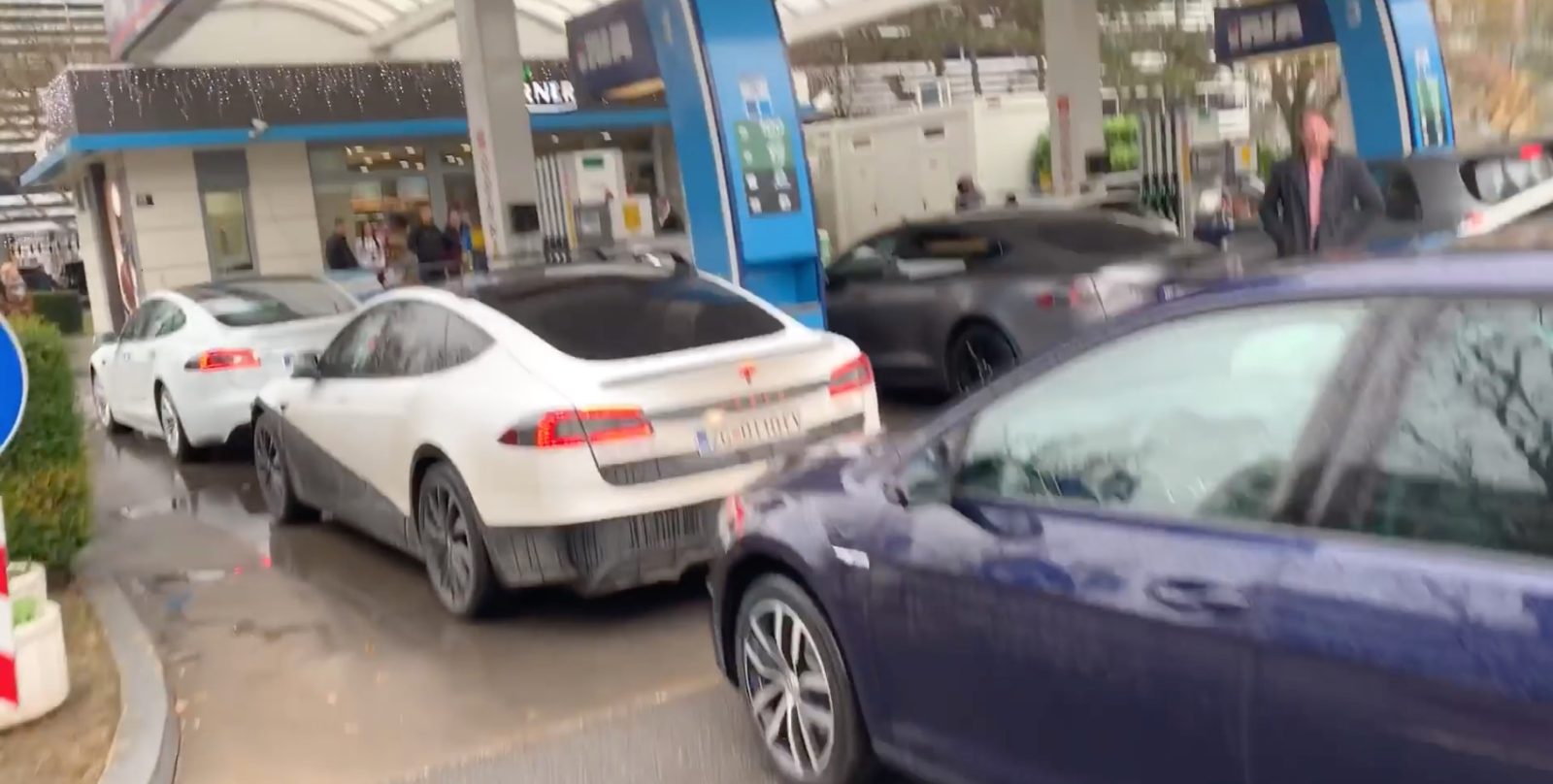 Tesla vehicles and a few other electric vehicles blocked a gas station in Croatia in a protest organized by the local unofficial Tesla owners club against the lack of action to prevent EV charging stations being blocked by parked gas-powered cars, also known as Icing.

Icing is what the EV community calls an internal combustion engine (ICE) vehicle blocking a charging station for electric vehicles.

Sometimes drivers do it because they don’t pay attention, don’t care, or they don’t think it’s really important, even though it’s the equivalent of an electric vehicle parking at a gas station pump.

At times, they even do it on purpose to annoy EV owners because they see them as the enemy for some reason.

We previously reported on pickup truck owners getting together to block Tesla Supercharger stations in the US.

In certain jurisdictions, they are starting to act on the Icing issue and give tickets for people who park at charging stations without plugging in.

But in other places, they haven’t adopted regulations to prevent the misuse of the charging stations just yet.

In Croatia, the local Tesla owners took matters into their own hands and organized a protest involving blocking a gas station with electric vehicles.

Here’s a quick video of the protest:

Igor Kolovrat, one of the people behind the protest, commented on the video:

Revenge of the Electric Car! This is how it looks when you have no other solution to emphasize the problem of blocking charging stations for EVs than to block gas station with electric vehicles. The performance lasted 6 minutes and it was not our intention to harass anyone, but to point out the fact that electric vehicles are here, and their positive impact on society.

The demonstration only lasted a short time, but it still managed to gather some media attention on the issue.

They called the event “Revenge of the Electric Car” in honor of Chris Paine’s EV documentary of the same name.

I am sure this one will be controversial, but I think some important factors need to be taken into account.

Normally, I am all about “two wrongs don’t make a right,” but in this case, they really didn’t set out to disturb people going to get gas since it lasted only six minutes.

It was more of a symbolic representation of how ridiculous it is for gas-powered cars to park at electric vehicle charging stations.

Obviously, the best path is through the legislature, and enforcing fines against people parking at charging stations without plugging in, but I don’t know how hard that is to do in Croatia.

With those factors in mind, I’d give them a pass on this protest, because I know it can be a very frustrating situation for electric vehicle owners.