Tesla has become the world’s largest electric automaker based on cumulative sales as it surpasses China’s BYD even when accounting for the latter’s plug-in hybrid sales.

Only a few years ago, many people didn’t believe that Tesla could produce electric vehicles in any meaningful numbers, but the automaker managed to ramp up 3 electric vehicle programs: Model S, Model X, and Model 3.

During those ramp-ups, Tesla has been in close competition with BYD, China’s biggest electric automaker, to deliver as many electric vehicles as possible.

There’s always been a small rivalry between the two companies. After Warren Buffet invested in BYD, Elon Musk was asked about what he thinks of the Chinese automaker’s electric cars and Tesla’s CEO could only laugh as a response.

However, BYD kept producing vehicles at an impressive rate while Tesla was still ramping up its vehicles programs.

After its recent quarterly delivery records, Tesla has finally surpassed BYD after years of closely tailing the company. YouTuber and data expert Kevin Rooke plotted the cumulative sales of both Tesla and BYD over the years: 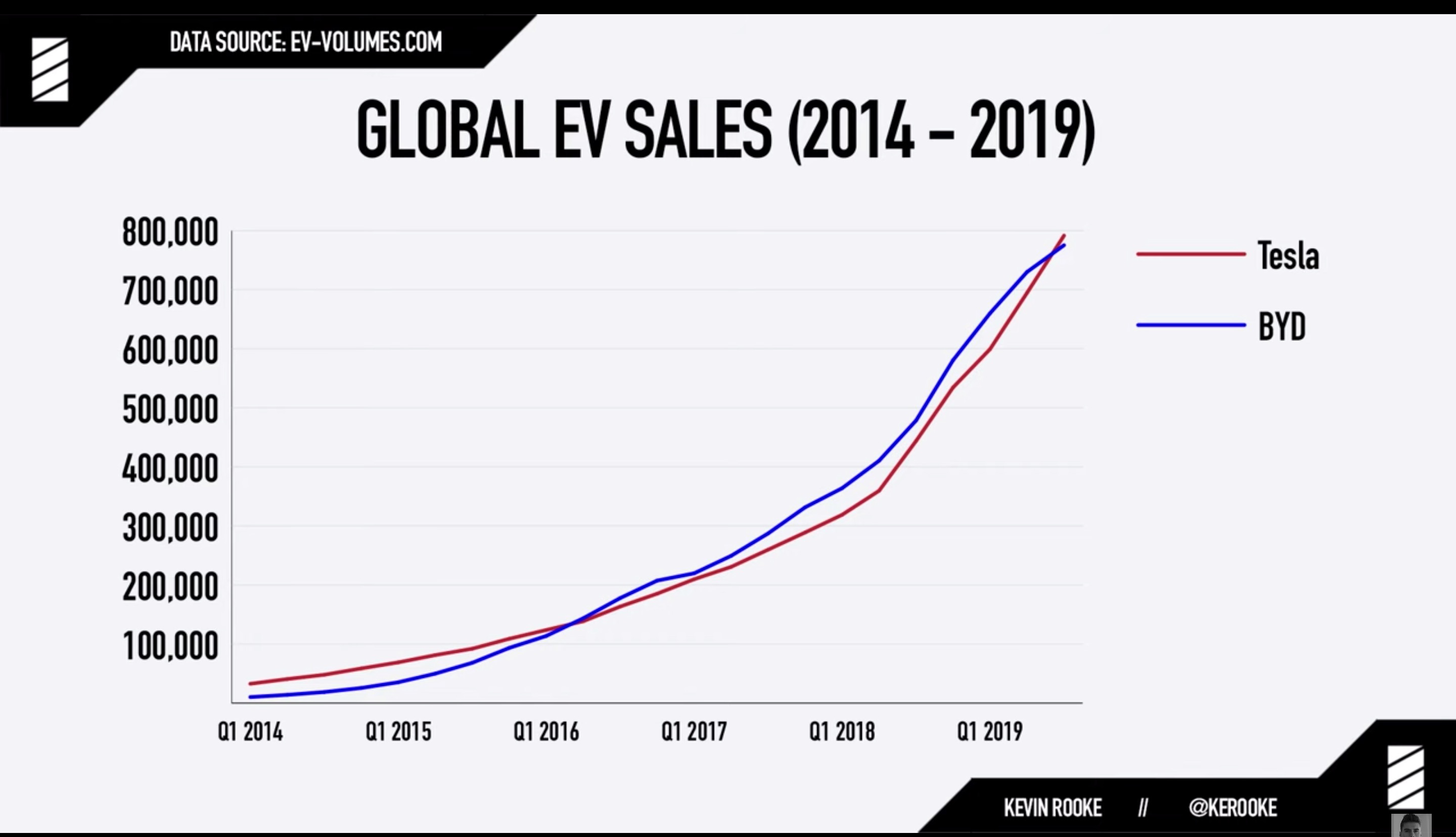 Rooke notes that BYD’s PHEV sales have been falling in favor of its all-electric vehicle sales over the last 5 years: 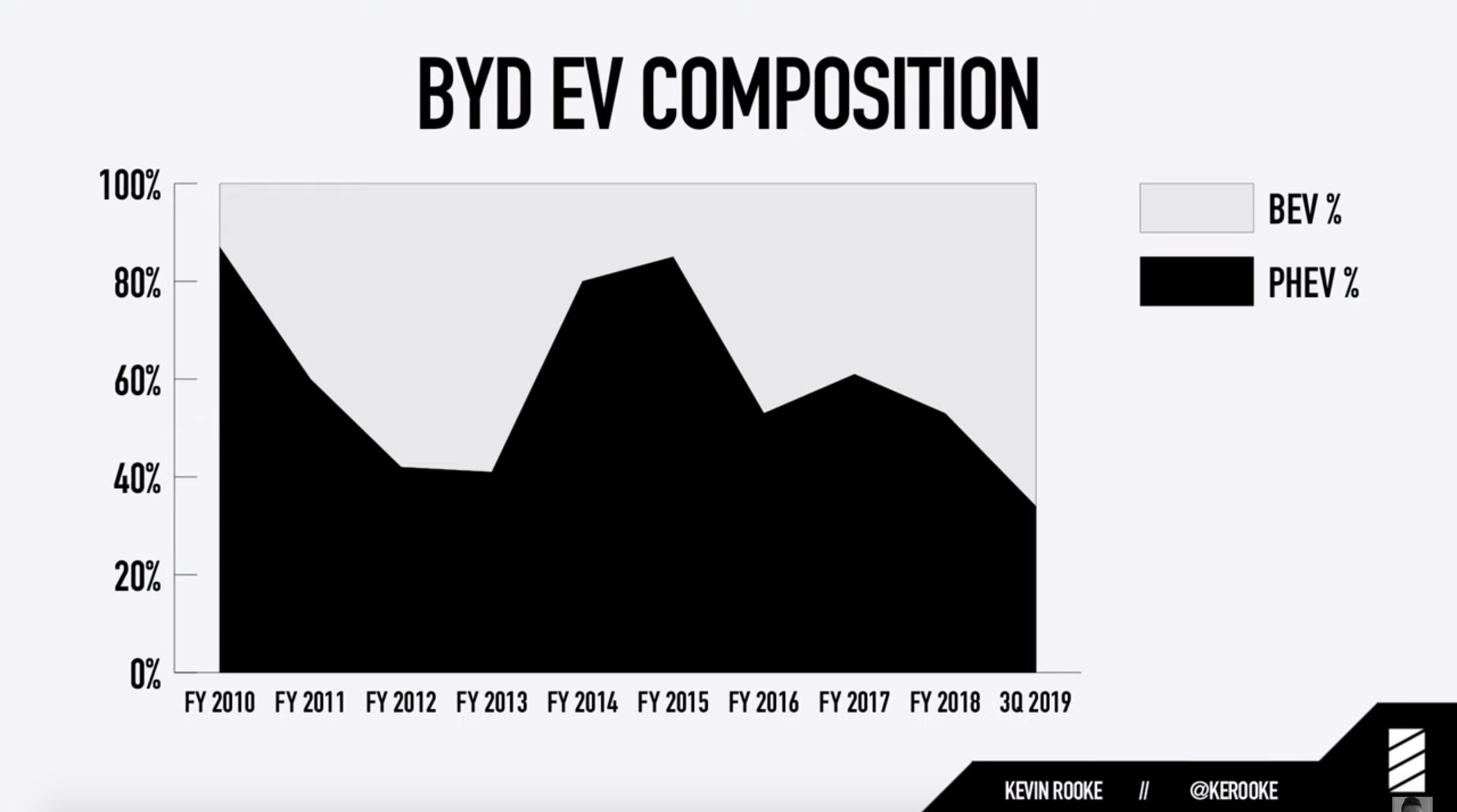 BYD has also been producing electric trucks and buses, as well as producing its own battery cells for its electric vehicles.

Tesla’s numbers are impressive at many different levels, but I really like how Rooke presented this specific situation.

We are talking about unprecedented numbers of long-range all-electric vehicles.

It’s not that BYD’s results are not impressive too. I especially like the company’s diversified approach with passenger vehicles, trucks, buses, and even producing its own battery cells.

However, Tesla is definitely leading when it comes to passenger electric vehicles.

Instead of diversifying early like BYD, Tesla focused on mastering passenger electric cars and now, it is starting to diversify with trucks and batteries.

Like Rooke pointed out, it’s now interesting that Tesla is going more directly compete with BYD in China.

Until now, BYD was tentatively expanding globally while its main market remained in China. On the other hand, Tesla has been taking over globally while tentatively working its way into the Chinese market and its protectionist regulations.

Now with Gigafactory 3 starting local production, Tesla is about to expand in the Chinese market in a big way.

It should make for an interesting second act of the Tesla-BYD rivalry.