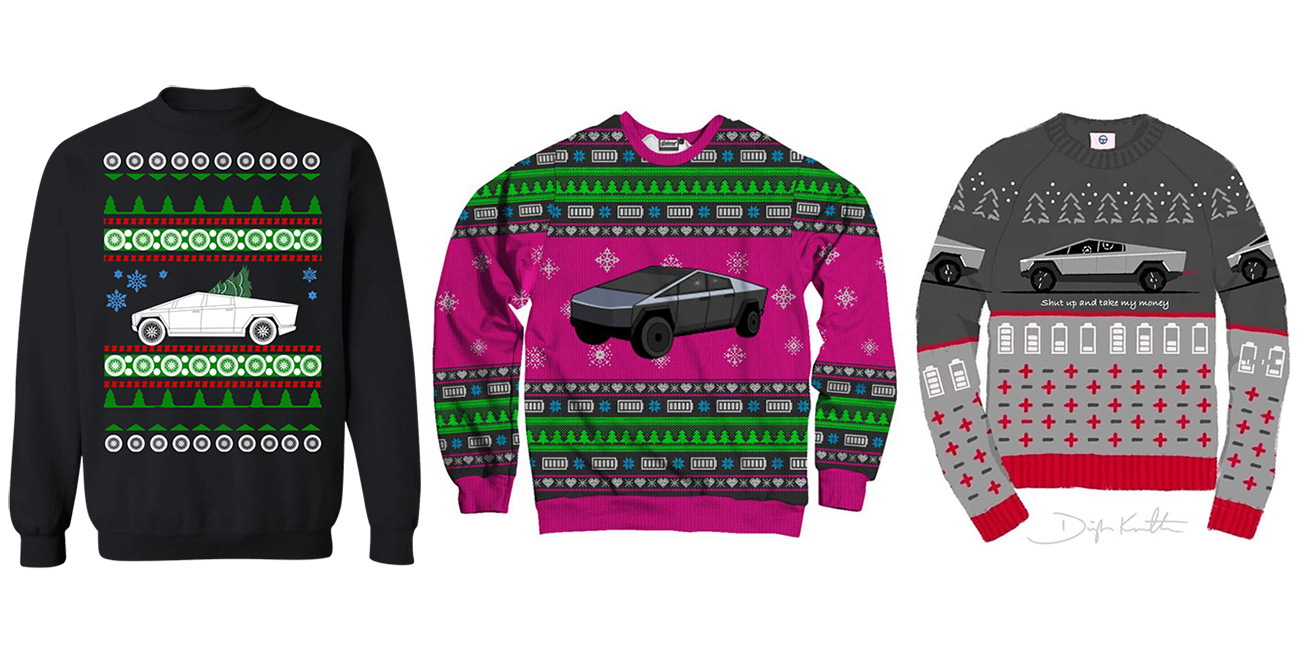 In case there wasn’t enough to argue with family about over this year’s Thanksgiving meal, add debates about the design of the Tesla Cybertruck. Love it (as a quarter-million buyers have) or hate it. But there’s no denying that the Brutalist Cybertruck has exploded into the American zeitgeist. You can celebrate its arrival and stir up a fight by sporting one of the many Cybertruck ugly Christmas sweaters available in time for Black Friday. 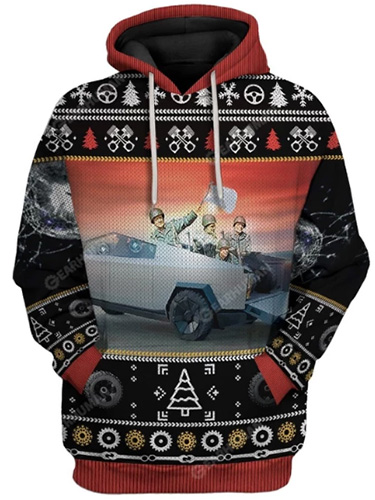 Of course, the sweater-makers on Etsy, Amazon, and other sites are just after a quick sale. But it reveals just how much the Tesla design has entered the cultural zeitgeist. It’s a cultural phenomenon. Can you imagine what’s going to happen when Tesla’s truck actually hits American streets?

Besides, some of the Cybertruck ugly sweaters are beautiful and hysterical, like Gearhuman’s 3D Ugly Cybertruck hoodie, already marked down from $79.96 to $49.99. I want one.

Wired reports that other Cybertruck swag, from mugs to smartphone grips, is flooding the e-commerce ecosphere.

Musk has famously avoided paying to advertise Tesla. He relies instead on superfans who might, say, buy a T-shirt online to market his cars for him. The Cybertruck looks straight out of a 1980s science fiction wet dream—it’s the Google Glass of cars. So, of course, it became a meme, and those in the business of monetizing memes wanted to take advantage.

Anything that raises awareness and discussion about electric vehicles is a win. The Cybertruck will be all the buzz during this holiday season.

That’s an opportunity to discuss the merits of zero-emission vehicles with relatives. Why not use a little humor to trigger the discussion?