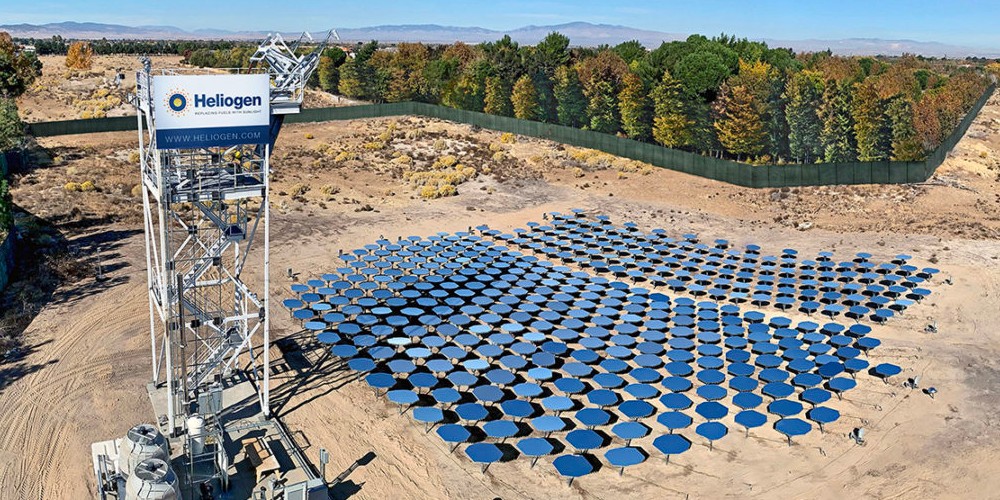 Heavy industry such as steel, cement, and petrochemicals are major polluters because they need extremely high heat to manufacture their products. According to the EPA, heavy industry creates more than one-fifth of global emissions.

Heliogen, which was created at the technology incubator Idealab, has now figured out how to concentrate so much sunlight that it generates extreme heat above 1,000 degrees Celsius. That way, heavy industry can replace fossil fuels with solar, thus reducing greenhouse gas emissions.

Bill Gross, the CEO and founder of Heliogen (and the founder and chairman of Idealab) said:

We’ve made great strides in deploying clean energy in our electricity system. But electricity accounts for less than a quarter of global energy demand. Heliogen represents a technological leap forward in addressing the other 75% of energy demand: the use of fossil fuels for industrial processes and transportation. With low-cost, ultra-high temperature process heat, we have an opportunity to make meaningful contributions to solving the climate crisis.

Today, industrial processes like those used to make cement, steel, and other materials are responsible for more than a fifth of all emissions. These materials are everywhere in our lives, but we don’t have any proven breakthroughs that will give us affordable, zero-carbon versions of them. If we’re going to get to zero-carbon emissions overall, we have a lot of inventing to do. I’m pleased to have been an early backer of Bill Gross’s novel solar concentration technology. Its capacity to achieve the high temperatures required for these processes is a promising development in the quest to one day replace fossil fuel.

Los Angeles-based billionaire investor and entrepreneur Patrick Soon-Shiong, who owns the Los Angeles Times, is also a backer of Heliogen. Soon-Shiong intends to invest even more money in the company.

Its biggest selling point to potential industrial customers, if saving the world from the climate crisis isn’t enough? Sunlight is free.