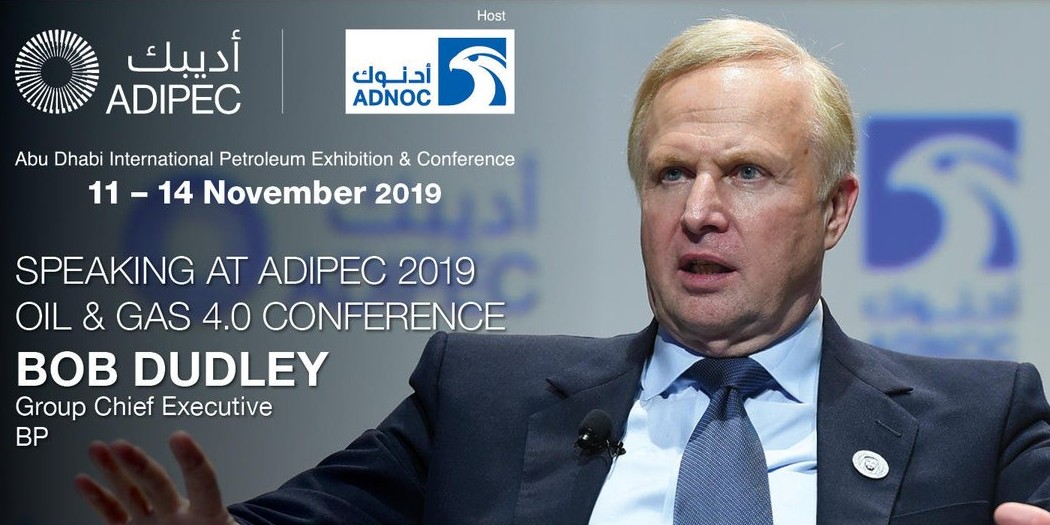 CNBC moderated a panel on Monday at the Abu Dhabi International Petroleum Exhibition & Conference (ADIPEC). The panel consisted of heads of Big Oil and Big Gas. The CEOs spent their time defending their efforts to reduce carbon emissions and intimated that environmental groups pushing for a faster transition to green energy were being unrealistic and overly emotional.

I am alarmed when you hear things like extinction, crisis, emergency in some parts of the world.

And then you spend time in some parts of the world, like I have in India, Southeast Asia, there is a different type of emergency where villages don’t have access to electricity and pumps don’t produce clean water.

There’s just a lot of people, very well-meaning people, who want to believe that there is a simple solution.

Dudley also claimed that natural gas has to be part of the “solution.”

Total’s CEO, Patrick Pouyanne, said Big Oil and Big Gas companies would not “‘become dinosaurs,’ as the world looks to de-carbonize, ‘because we have a brain.'”

Pouyanne said the world understands an ‘absolute need for energy’ and that the industry has to put its belief into evolving technology as a means to produce ‘cleaner’ power.

‘The question is not to be emotional, I mean I am an engineer, but more rational and to find together solutions without antagonizing one against the other,’ said Pouyanne.

‘The whole world is calling for de-carbonization. But the fact of the matter is that energy is the lifeblood of modern civilization. And you don’t want to mess around with lifeblood.’

Kaeser said there [were] ‘hundreds of millions of people’ being pulled out [of] poverty because of energy and environmentalists needed to remember that when accusing the energy industry of not moving fast enough to address carbon emissions.

To put it all in context, here’s CNBC’s explainer on why ADIPEC is such a big deal:

The very first thing that popped into my mind about the comments made by Big Oil and Gas heads on this panel was: MRDA. In other words, “Mandy Rice-Davies Applies,” which refers to the UK’s 1963 Profumo affair. After Lord Astor denied having an affair with the 18-year-old, much less even having met her, Rice-Davies replied in court, “Well, he would, wouldn’t he?”

So, that shoe fits this foot. The heads of big fossil-fuel companies would say these things, wouldn’t they?

Bob Dudley, we’re alarmed, too — that’s the understatement of the century. No one thinks there is a simple solution, but if these giant companies truly do care about the welfare of people all over the world and the planet at large, there is no reason large energy companies can’t lead the movement into green energy. (There’s more at stake than money here; just ask ExxonMobil. The verdict isn’t out on that trial yet, but the whole affair doesn’t exactly build public trust.)

Big Oil and Gas companies have got to think big picture, and concretely demonstrate that they are moving away from fossil fuels. And they can do it. Electrek just reported last week that Royal Dutch Shell is investing in renewable marine energy company EOLFI.

But Big Energy as a whole has to move faster, and they have to stop making excuses.

We are going to repeat this once again:

Marisa Drew, head of Credit Suisse’s impact advisory and finance division, had this to say to Yahoo Finance UK:

So if nothing else motivates them, then perhaps money will.