The adaptive charging method offered by software maker Qnovo ensures battery health for tens of millions of smartphones. Now the company wants to bring the same algorithms to EVs. Should we stop waiting for pie-in-the-sky breakthroughs in cell chemistry or solid-state EV batteries?

CEO Nadim Maluf said his company is “working very, very closely” with German automakers, and will be in cars in about two years. The technology is ready, but conventional automakers work on long product cycles. “We have two additional companies in Asia,” he added. Automakers are interested in Qnovo’s battery-management strategy for quick charging because it would help reduce the cost of EVs.

Most carmakers commonly utilize well below 100 percent of the battery’s capacity. That buffer ensures the life of the battery to 100,000 miles or more. However, regular quick charging — especially to a high state of charge — threatens the longevity of the battery.

But with advanced software-based monitoring of the charge, the threshold of capacity could be pushed to higher limits. As a result, you get the same range from a smaller, less expensive pack.

Maluf explains how it works:

Most charging today is an open-loop, blind charging process. The car plugs in and says to the DC charging station, my battery is X kilowatt-hours, so give me so many kilowatts. And the DC station delivers 100 kilowatts or whatever. It follows the same routine every time — whether the battery is old or new, hot or cold, or if it’s made by LG Chem, Samsung, or a Chinese company.

What we do is very different. The first thing we do is probe the major chemical processes inside the batteries in real time. We grab data at a very high rate from the battery, such as voltage, current, and temperature. And that data is correlated directly to various chemical reactions inside the battery.

This allows us to gauge early signatures of degradation. We’re constantly measuring different temperatures, different operating conditions, and different driving conditions. And then we change the charging current ever so slightly to match that unique identity of that battery. 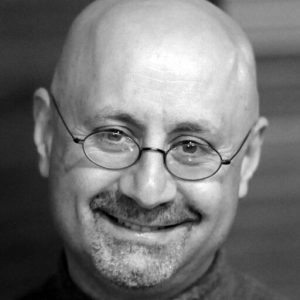 Maluf explained that no specialized hardware is required. The software, which resides in a car’s electronic control unit, makes a diagnostic evaluation of each cell, looking for the weakest one in a chain. Once that’s discovered, Qnovo’s software sets the charging current. Every other cell in the entire stack also receives the current optimized for the weak cell. This modulation might reduce the overall rate of charging by a couple of percentage points. Still, in doing so, it maintains the health of the entire pack — dramatically increasing cycle life.

According to Maluf, giant automakers like Daimler, General Motors, and Volkswagen have engineers working on similar solutions. But it’s beyond the expertise and manpower of smaller automakers, even the size of Ford or Volvo. Meanwhile, Qnovo’s staff of 60, mostly battery chemists, are dedicated to making better quick-charging diagnostics and algorithms.

Maluf’s work is not merely a theoretical or business exercise. He understands battery degradation from the perspective of an EV driver.

I had one of the very first models of the Ford Focus Electric. I don’t know how else to say this. It was a piece of shit. In about a year and a half, it went from 90 miles or range to less than 60 miles of range.

Maluf said that Tesla’s Panasonic batteries would also suffer if a driver used a Supercharger every single day for about three months. He pointed to Tesla’s changing algorithms that slow down fast-charging and could reduce range by more than 10% with a single update. NHTSA is looking into owner complaints about a loss of range and slower charging.

If you take your Tesla to the Supercharger every day, after a couple of days, their algorithm will say, sorry, no more. They’re going to slow down your charge by a factor of three or four.

Maluf believes that batteries from LG Chem, SDI, and CATL are better than Panasonic when it comes to regular fast charging. But, he said, those companies have other issues, such as reduced capacity, adverse impacts from temperature, and swelling. Keep in mind that Maluf is a Tesla fan.

I respect Tesla a lot. What I’m trying to say is that Tesla is not fully honest about all the limitations of the vehicle. I love what Tesla has done. God bless them. If it weren’t for them, there would be no electrification today in the world.

Maluf explained that Tesla charging limitations has not received much attention, because Tesla drivers don’t use Superchargers all that often. But he believes that for EVs to go mainstream — especially in the dense urban centers of Europe and Asia where many people don’t have private garages — near-daily fast charging is crucial.

He subscribes to the long-term vision of EV charging locations working much like gas stations. Drivers will regularly roll up in affordable electric cars with 100-kWh batteries and get a jolt at 350 kilowatts. Maluf cautions to be realistic about the upper limits of those charging events. Even with smart quick-charging software, it “puts you roughly at 15 to 20 minutes” for an 80% charge. “But it’s not five minutes,” he said.