Some Tesla Model 3 prototypes with a potentially longer wheelbase have been spotted in China – starting a rumor that Tesla could offer it as an option.

In China, it’s not uncommon for affluent people to have a chauffeur or at least not as uncommon as in other cultures, where it is reserved for the super-rich.

For that reason, some premium automakers have adapted their offering in the country to focus the experience around the backseat instead of the driver’s seat.

Tesla has briefly jumped on the trend with an executive rear seat option for Model S back in 2015.

It would be more difficult to do in the smaller Model 3, but now a couple of camouflaged Model 3 prototypes potentially featuring a longer wheelbase have been spotted in China (image via Auto Sina): 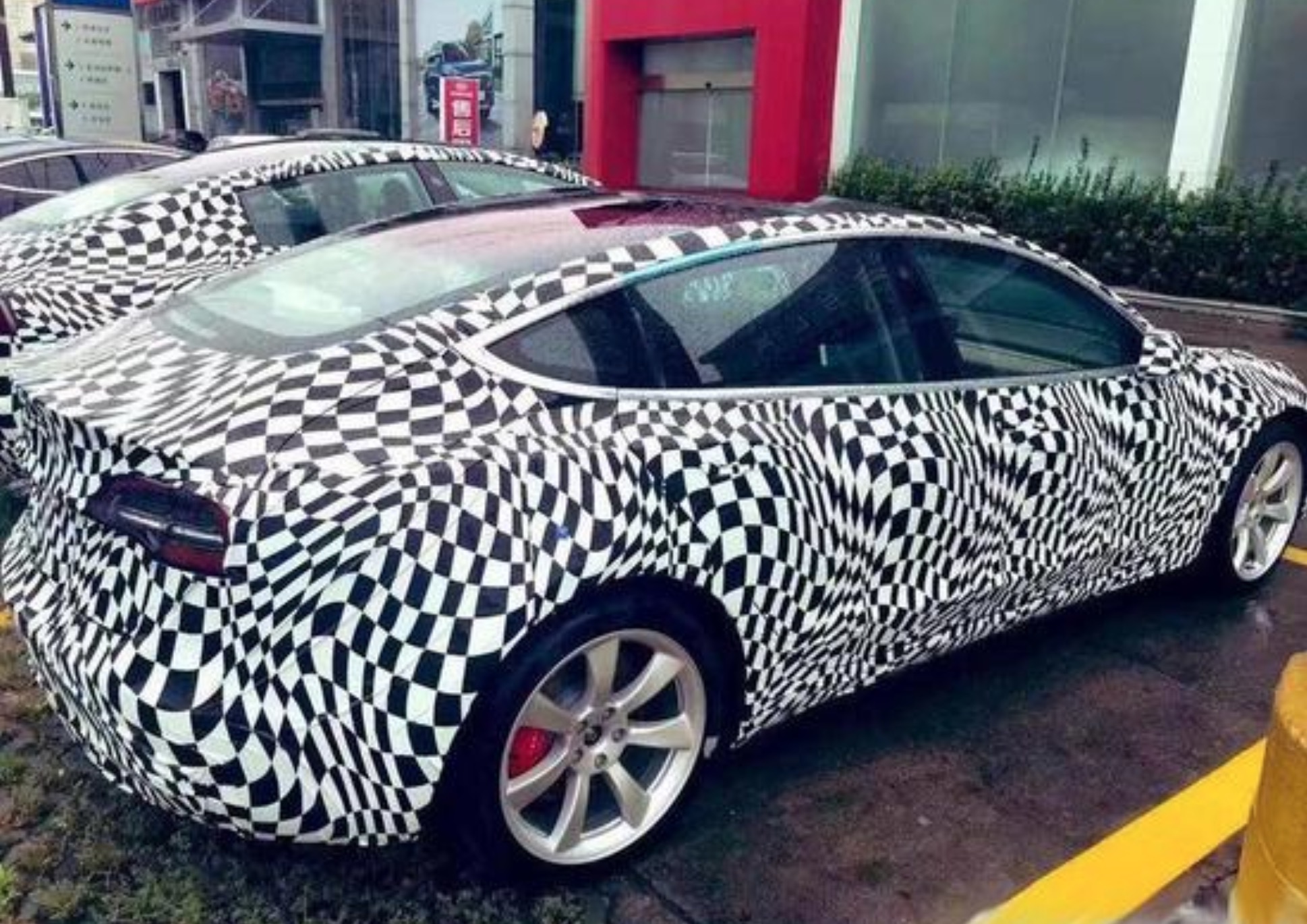 While the spy shots floating around on Chinese social media are alleged to show a longer wheelbase, it’s hard to tell based on the picture since the seemingly longer form could just be due to the angle of the picture.

With Tesla starting Model 3 production at Gigafactory 3 in Shanghai, the rumor is that Tesla would offer a longer wheelbase version with a bigger backseat for the Chinese market.

Update: Jay in Shangai actually took the picture and offered this other angle:

I was the one who took the photos back in August, here is another angle. pic.twitter.com/7ZEOvtTgRM

I would take this rumor with a grain of salt.

While it’s not impossible, there are a few things that I think make this less likely to be true in my opinion.

First off, the picture has been taken at kind of a weird angle that is not good to determine the length of the car.

Secondly, I’ve never seen Tesla use this type of camouflage on its vehicles before. It could be aftermarket tuners using them as prototypes and not Tesla itself.

Also, it would likely be a more high-end and expensive version of the Model 3 and Elon Musk said that Tesla only plans to make lower-end versions of the Model 3 in Shanghai.

However, if Tesla really made those cars, they could have also been made in Fremont and imported into the country.

Anyway, I don’t know, but I like to think that it is a possibility.

What do you think? Would Tesla offer a factory-made longer wheelbase version of the Model 3 for the Chinese market? If so, would it be made in Gigafactory Shanghai or in Fremont? Let us know in the comment section below.