Tesla (TSLA) is set to announce its third-quarter 2019 financial results today, Wednesday, October 23, after the markets close. As usual, a conference call and Q&A with Tesla’s management is set, following the results. This time it’s going to be an hour later than usual: 3:30 p.m. PT (6:30 p.m. ET).

It’s the second quarter in a row that Tesla achieved new record deliveries – albeit only a slight beat over the last record.

Production is up more significantly with the automaker producing almost 10,000 more vehicles than during the previous quarter.

Wall Street’s revenue consensus for Tesla during the third quarter is $6.517 billion and Estimize, the financial estimate crowdsourcing website, predicts a slightly higher revenue of $6.621 billion.

Interestingly, it could be the first time in a long time that Tesla’s year-over-year revenue is down despite that new record deliveries.

Analysts are seeing an important decrease in price-per-vehicle and even though deliveries are up, they think Tesla’s revenue might fall below Q3 2018 when Tesla reported $6.8 billion in revenue. 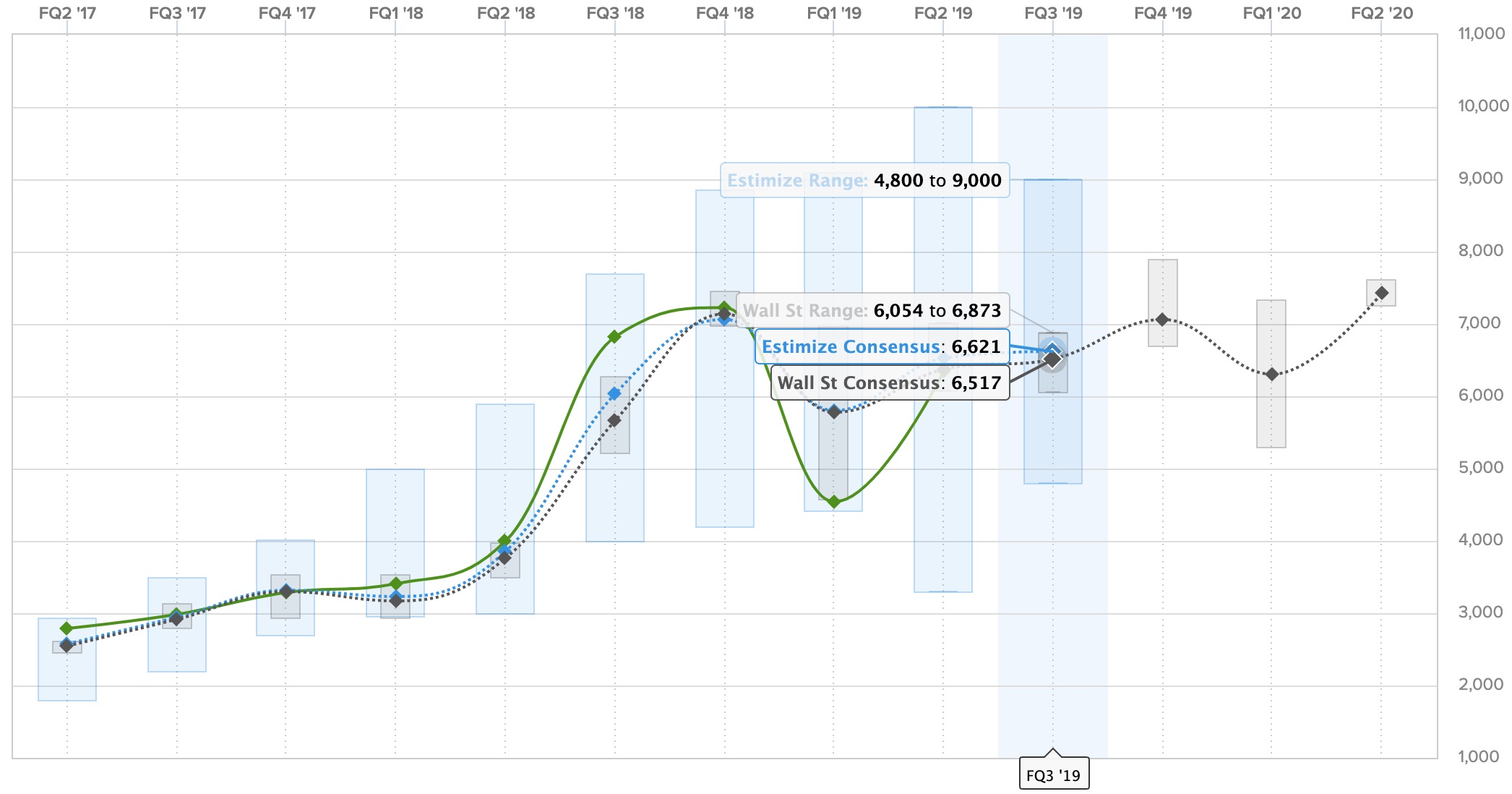 While that’s what analysts are expecting – both Wall Street’s and Estiimize’s ranges include a slight beat over Q3 2018 numbers. 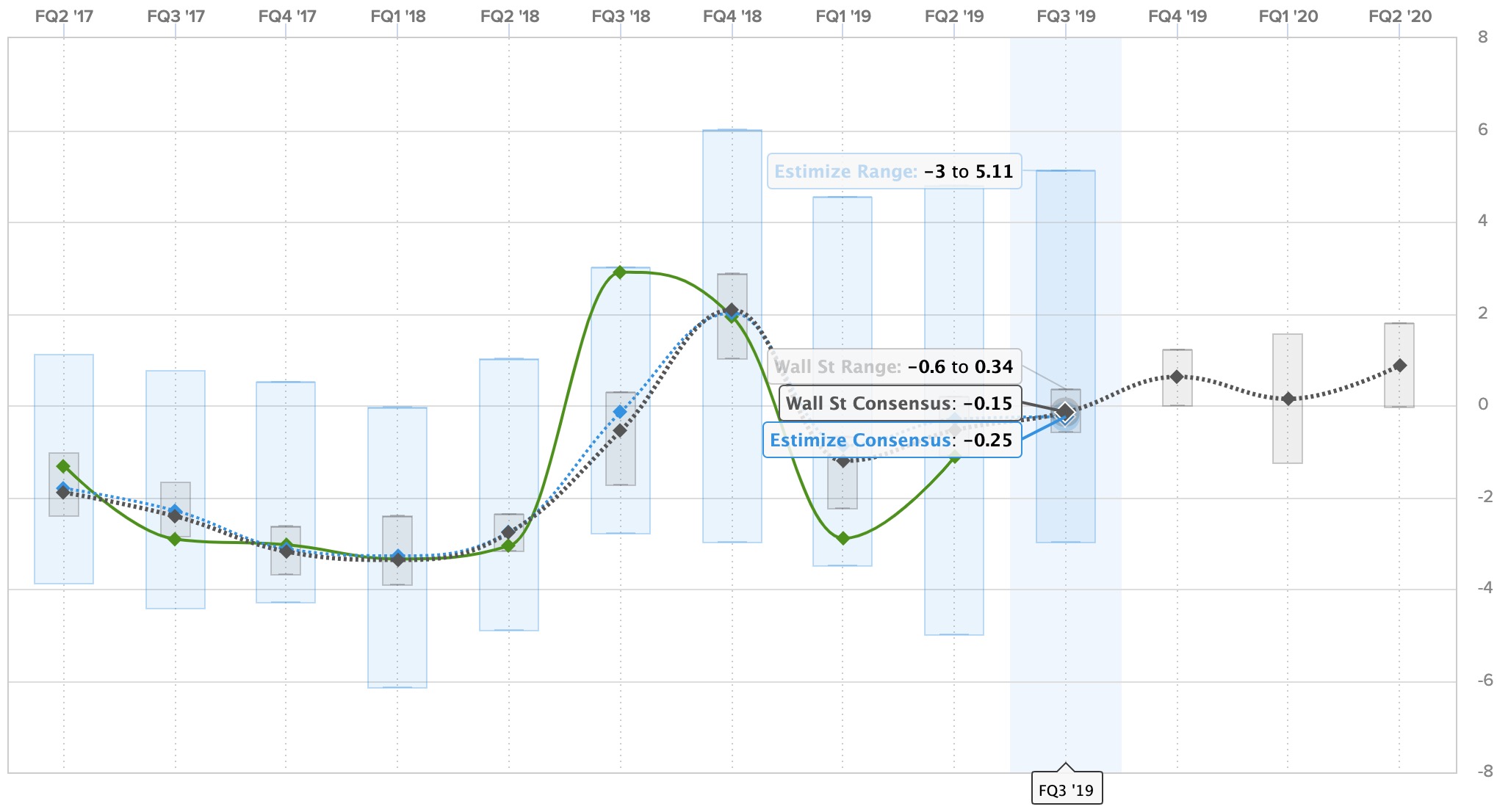 Tesla has been guiding its aim to be around profitability soon, but the market is not expecting it this quarter.

It is bound to be an interesting call this week, especially when it comes to guidance into the fourth quarter, which I don’t think most people understand very well at this point.

Tesla’s growth in Q4 is going to be highly dependent on the ramp-up in production at Gigafactory 3.

I expect management to talk about that and the actual start of production, which is expected any day now.

Gigafactory 3 will not only improve deliveries in China, but it will also free up some production in Fremont for Tesla to increase deliveries in other markets.

Also, I think analysts and investors will want to know how Tesla has been spending its money lately.

The automaker has been boasting about how the China-made Model 3 is proving very capital efficient and the preparations for the start of Model Y production in Fremont are also going to require much less capital than Model 3 production.

More color on that as one is about to start production and the preparations for the other is ramping up would be appreciated.

Tesla has also been guiding a reversal of its solar business in 2019 and while there have been many announcements made, we have yet to see it in the numbers.

It would be interesting to see changes on that front and management discussing the plan.

We also recently reported on Tesla planning to open new ‘Tesla Centers’ to avoid dealership restrictions and a restructuring of its sales and delivery organization.

The company has yet to comment on those changes and it would be interesting to hear about them today.

What about you? What would you like to know from Tesla’s earnings? Let us know in the comments section below and join us later today for all the news to come out of the earnings.

Full disclosure: I am long TSLA.