EGEB: World War I shipwrecks are helping green energy, how utilities can keep up with EVs, more 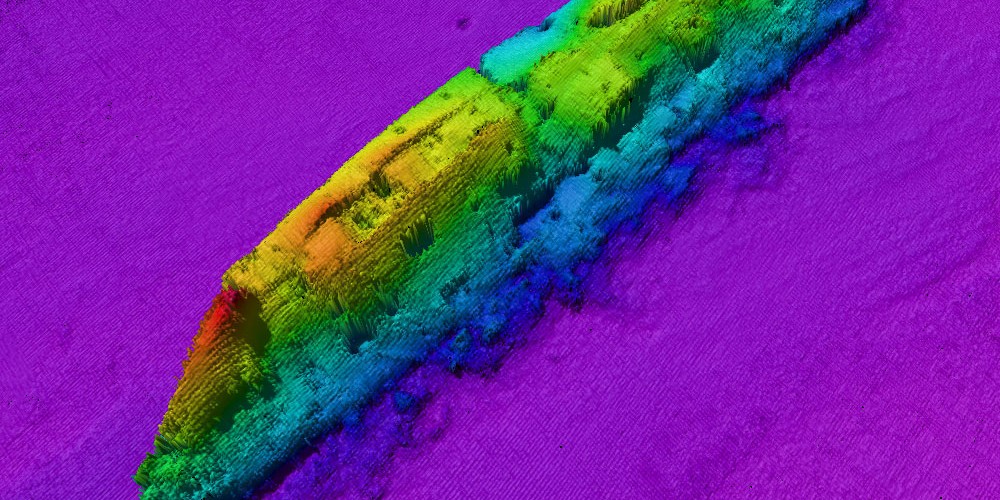 A team on a research vessel called the Prince Madog has surveyed more than 300 shipwrecks in the Irish Sea, many of which were sunk during World War I. The team is using sonar (like sonar imagery of the RMS Lusitania, above, which was sunk on May 7, 1915, by a German U-boat torpedo) and according to the BBC, “by looking at the wrecks, scientists can assess how structures have been affected by being in water for the past 100 years.”

So as a result, offshore green energy initiatives can and will benefit from the Prince Madog team’s research, as the green energy projects need an understanding of the seabed.

The research has already been used for two projects — Morlais marine energy, a tidal stream energy scheme off the coast of Anglesey and a wave energy project south of Pembrokeshire, where construction on a test site is set to begin in 2020.

The ambition in Wales is to generate energy from the sea. It’s a unique place to do it because not everywhere has got strong currents, big waves, or tidal surges, but you get all of that in Wales. If you’re going to put lots of machines on the seabed, we need to know the impact on the seabed. It could sink or get buried in sediment.

We’re hoping to inform them through research about the seabed — what ships are there and the most stable places to do this.

How utilities can support EVs

There will be more than 20 million electric vehicles driving on US roads by 2030. The Smart Electric Power Alliance (SEPA) has released a new report, “Planning for an Electric Vehicle Future: How Utilities Can Succeed,” which details how utilities across the US can — and must — prepare to meet the rapidly growing charging needs of all those EVs.

SEPA draws the report from a combination of an industry survey and insights from utility experts. Bottom line: All utilities should be preparing now for a major rise in EVs. The report goes into detail about ways to do so.

In other words, utilities need to step up to support electric vehicle owners because the numbers are rapidly growing. Utilities’ proactivity not only supports EV owners, but also helps everyone by promoting green energy and reducing carbon emissions. Encourage your electric company to pursue these policies with tweets, emails, letters, and phone calls.

Google announced yesterday that it will spend $150 million on green energy projects in countries where its products are made. Rick Osterloh, head of Google hardware, said at the “Made by Google” event yesterday:

We believe Google has the ability and responsibility to create systemic change… When you choose to buy hardware products from Google, you’re contributing to bringing renewable energy to communities around the world.

Osterloh said that Google’s operations became carbon neutral in 2007 and that the company as of 2017 had matched all energy consumption with 100% renewable energy.

Additionally, Ivy Ross, Google’s hardware design head, said Tuesday that all Nest products launching this year will include recycled plastics and that the fabric on the Nest Mini speakers will come from recycled bottles.

Shell CEO: we have ‘no choice’ but to invest in fossil fuels

Despite what a lot of activists say, it is entirely legitimate to invest in oil and gas because the world demands it… we have no choice.

One of the bigger risks is not so much that we will become dinosaurs because we are still investing in oil and gas when there is no need for it anymore. A bigger risk is prematurely turning your back on oil and gas.

Shell intends to approve more than 35 new gas and oil projects by 2035.

The CEO admitted that investors could abandon the fossil-fuel company due to “societal risk — I am afraid of that, to be honest.” Van Buerden puts the responsibility of reducing greenhouse gases on governments.

Meanwhile, his “no-choice” stance has environmentalists up in arms. Bill McKibben, cofounder of the global environmental advocacy group 350.org, declared that “we have ‘no choice’ but to try and stop them.”

When the trials of oil and gas executives come, this interview will be Exhibit A

Short version: Catastrophic climate change that kills and displaces 10s of millions and damns an entire generation is not our problem, a few of us will still make money https://t.co/YhQIpGpLlt