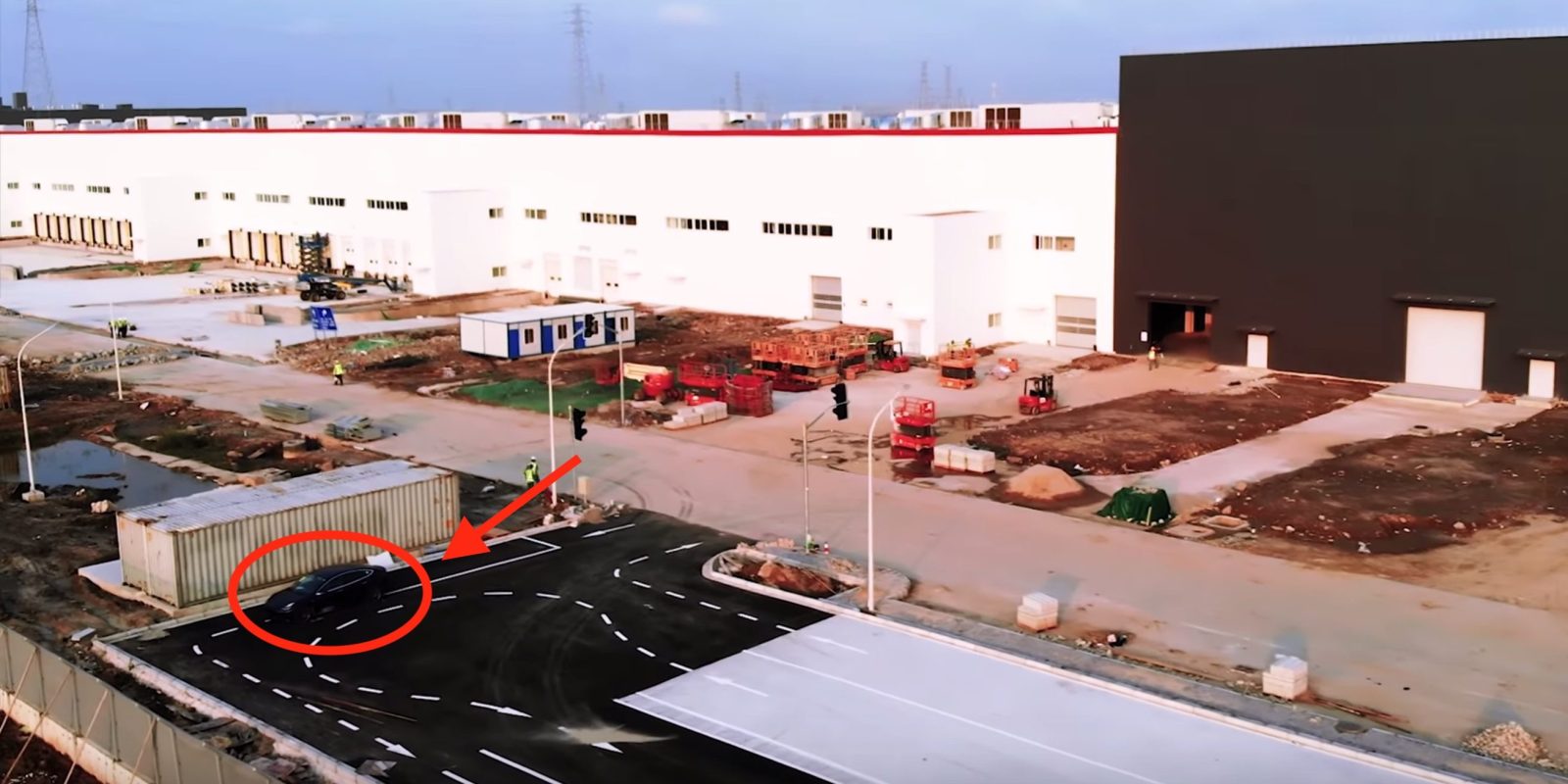 All eyes are on Tesla Gigafactory 3 in China, where Tesla is expected to start Model 3 production in the coming weeks, and the latest drone video shows a Model 3, possibly made-in-China, on a new test track at the factory.

In recent weeks, we have been reporting on Tesla ramping up its efforts to start production soon at Gigafactory 3 in Shanghai, China.

After starting construction just in January earlier this year, Tesla has been guiding the start of production in Q4 2019 and recent reports indicate that the company is on schedule.

We reported last month that government officials and Tesla suppliers are saying that the automaker plans to start production on October 14.

Some leaks from inside the factory have shown Tesla setting up production lines and making body-in-white Model 3s.

Now a new drone video shows a Model 3 vehicle on what appears to be a new test track (starting at 5:46 – spotted by commenter Gast):

It’s not confirmed if the Model 3 was made at Gigafactory 3, but it was spotted on a new partly-covered test track next to the factory:

We should have more details about Tesla’s plans for Gigafactory 3 as they get closer to production in the coming weeks.

CEO Elon Musk has been guiding a rapid production ramp-up in phases starting with 3,000 vehicles per week by the end of the year.

While it’s unconfirmed that the Model 3 is made at Gigafactory 3, I think it’s likely the case since it looks like they are preparing to test on the test track.

However, the extent of the overall Model 3 production at Gigafactory 3 is still unknown.

The body production and final assembly are certainly going to happen at the factory, but it’s still unclear if powertrain production is ready.

Either way, the new production capacity is going to have a significant impact through the introduction of cheaper Model 3 vehicles in China, the most important world market for electric vehicles.