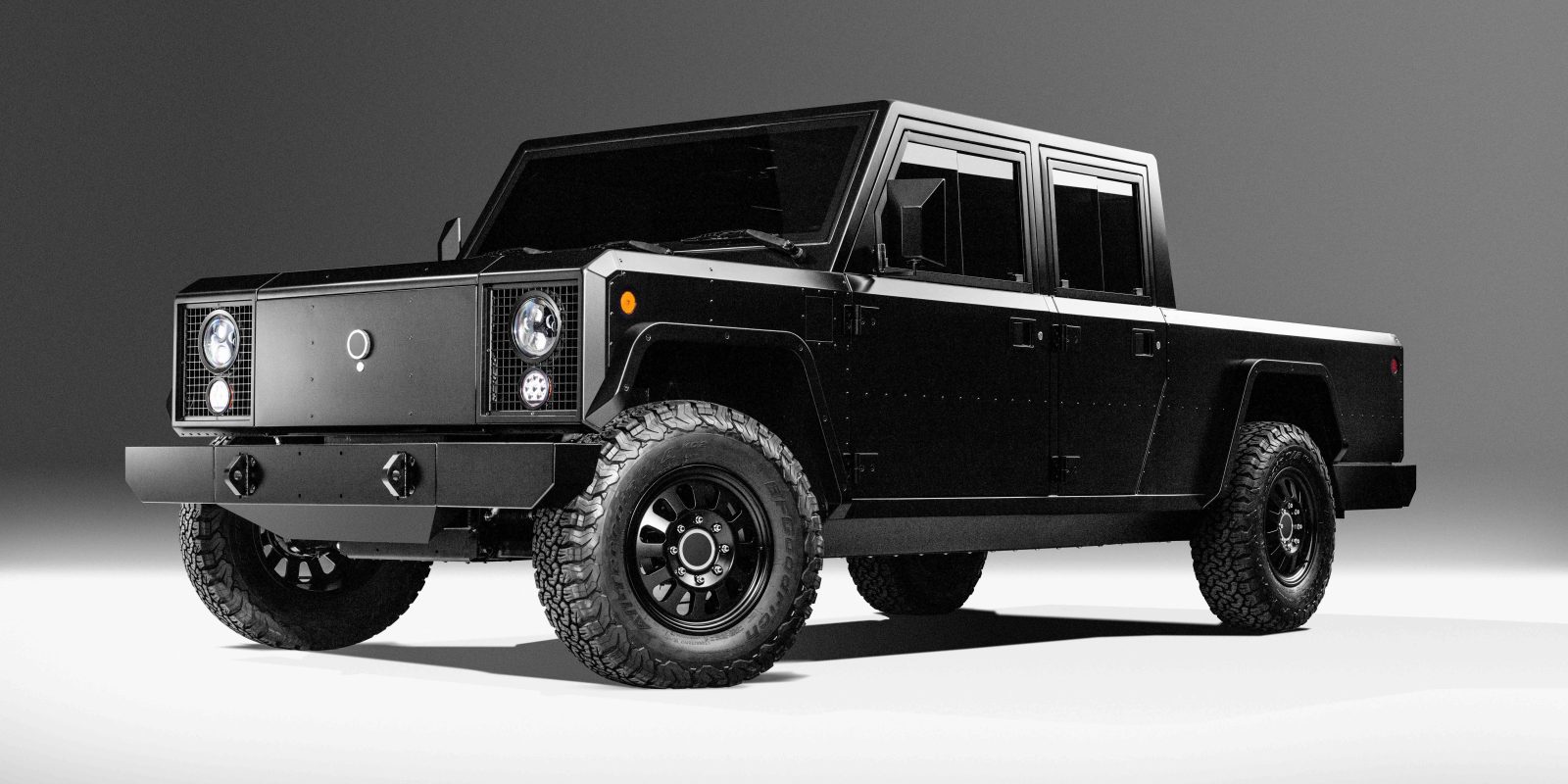 Bollinger Motors, a Michigan-based electric vehicle startup, has unveiled today the latest versions of its B1 electric utility truck and B2 electric pickup truck ahead of the start of production.

Both vehicles have a simple and rugged design that might appeal to people who actually get things done or even go off-roading with their trucks.

The previously unveiled early versions of their vehicles, but as they get closer to starting production, they unveiled the latest version of the B1 and B2 that should be closer to what buyers will get.

Unfortunately, they are sticking with their black and white images:

Founder and CEO Robert Bollinger commented on the unveiling of the trucks:

“It was time we did something new. I just wanted to build the best truck without compromise.”

With the unveiling, we were expecting pricing information, which is the biggest unknown about Bollinger’s electric trucks.

However, the company says that we are going to have to wait for the “coming months” for more details about pricing and the timing for production.

Here are the latest production specs for the Bollinger B1 and B2: