In the latest example of cooperation between Elon Musk’s SpaceX and Tesla, the former appears to be using battery packs from the latter in their “Starship” prototype, a vehicle they hope will help humanity get to Mars.

SpaceX is currently focused on building Starship MK1, a prototype of the spacecraft they plan to use for their ambitious Mars colonization plans.

Musk is set to give a presentation about the updated design of the spacecraft and its planned rocket, Super Heavy, on Saturday.

In the meantime, SpaceX fans have been closely following the development of the spacecraft prototype in Boca Chica, Texas, and some of them on the Nasa Space Flight forum found that SpaceX has been adding several Tesla battery packs to the prototype.

Workers have been spotted stacking Model S/X battery packs to one of Starship’s header tank (pictures by bocachicagirl):

They appear to have installed 4 Tesla Model S/X battery packs together, which would give them an energy capacity of up to 400 kWh.

Musk often talks about the difficulties involved in running two companies, but he also acknowledges some advantages of being active in two different industries. SpaceX aims to dramatically reduce the cost of rockets, and if there’s an industry who mastered the art of making complex vehicles cheap, it’s certainly the automotive industry.

On the other hand, Tesla has benefited from SpaceX’s expertise of high-tech manufacturing techniques such as stir welding, a technique SpaceX uses to join large sheets of metal like the ones used for the aluminum tank of their rockets.

It was revealed that SpaceX transferred friction stir welding equipment to Tesla.

We also reported last year that Tesla and SpaceX are partnering up to create new materials to use on Earth and in space.

They have been building material engineering teams to develop new advanced materials for their respective products.

The teams are so interlinked that Tesla recruiters referred to them as a “SpaceX/Tesla Materials Engineering organization.”

Tesla and SpaceX plan to keep doing some projects together going forward.

One of the most high-profile examples is Musk’s plan to have a “SpaceX package” in the new Tesla Roadster that will include cold air trusters developed by SpaceX.

It will result in more SpaceX technology inside Tesla vehicles, while there will be some Tesla technology in SpaceX’s own vehicle.

He made the comment while sharing this picture last weekend: 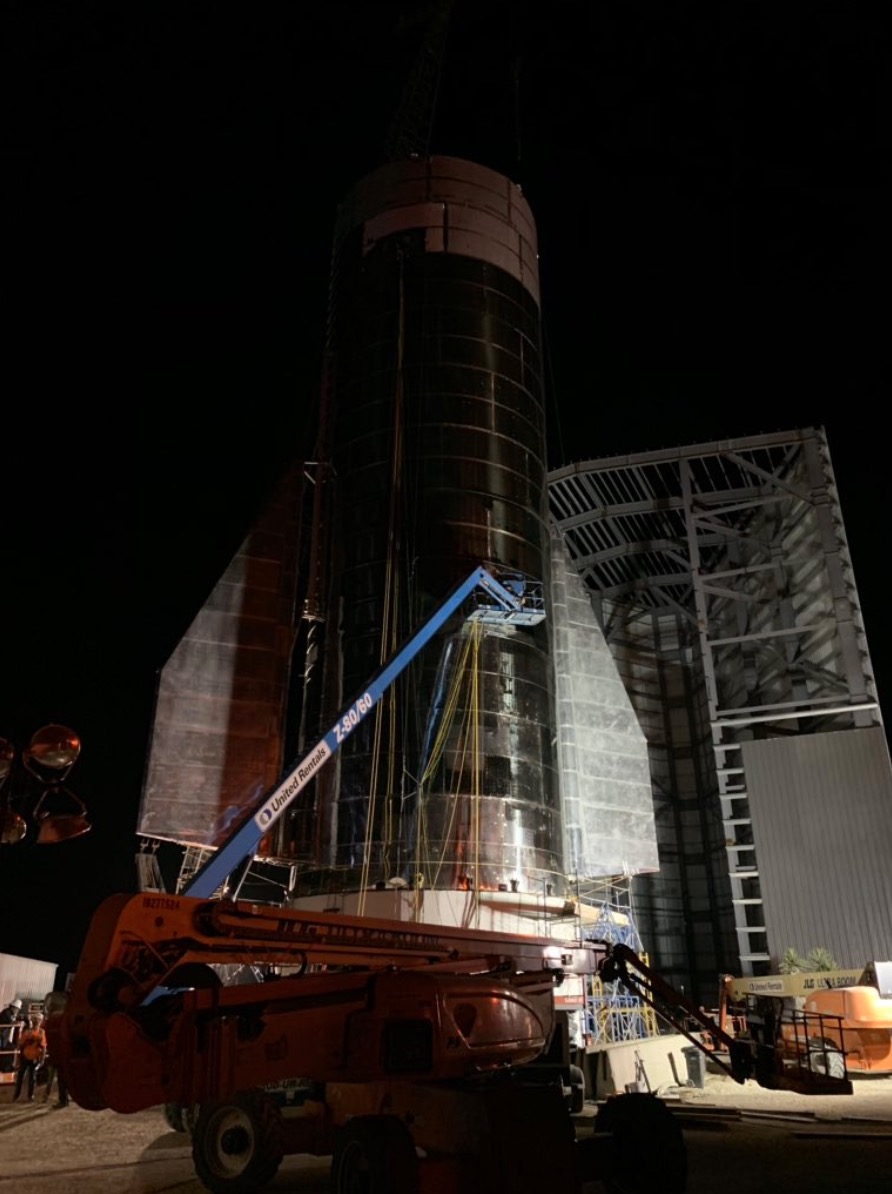 The CEO previously said that SpaceX plans to have a test flight of Mk1 in October.

As for actual commercial use of the final version of the spacecraft and its Super Heavy rocket, SpaceX is aiming for 2021.

We should know more about it on Saturday as Musk gives his update on the plans for Starship and Super Heavy.