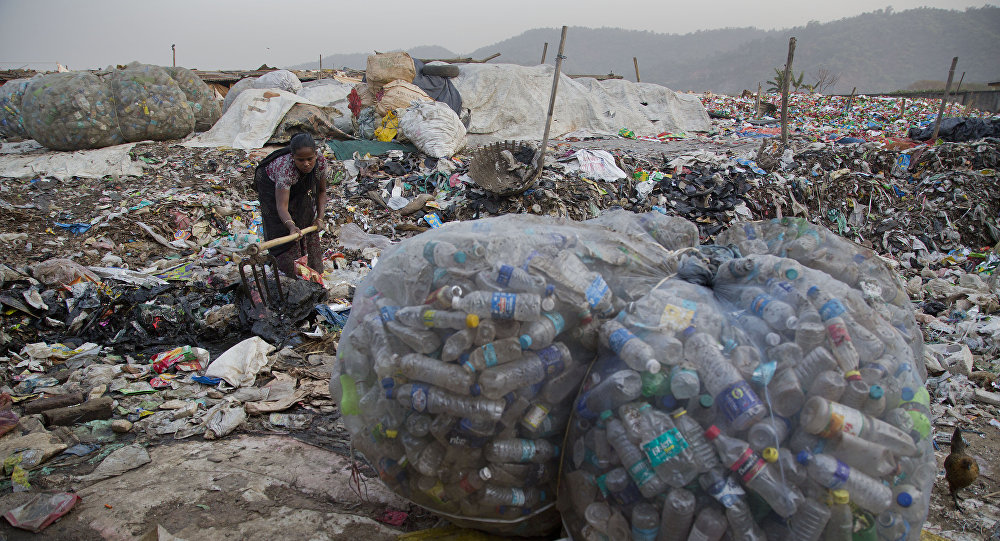 On September 9, at the UN Convention to Combat Desertification, Indian Prime Minister Narendra Modi announced a ban on single-use plastics in the country. The ban in India may take effect by October 2, the 150th anniversary of the birth of Mahatma Gandhi. The ban is already underway in individual government departments, according to Nikkei Asian Review:

The Consumer Affairs, Food and Public Distribution Ministry last week announced a blanket ban on all single-use plastic products, starting September 15, while the Ministry of Railways has directed its vendors to avoid use of plastic carry bags from October 2, among other measures.

India generates 9.4 million tons of plastic waste annually. Sixty percent of it is recycled, and a considerable amount still ends up in the landfill.

So you’re interested in solar, but you’re not sure how or whether the financials work for your household. (And of course, the solar salesperson who knocks on your door will tell you that they do.) What to do?

Green Coast offers a handy page that can guide you. They say that “the best way to determine that is solely based off an analysis of cash flow, savings, or lease payments based off the install rate.” They point out that geography and weather come into play, and let’s not forget about tax and insurance. They list and explain the types of solar financing methods:

Solar Power Purchase Agreement (PPA): You buy the output’s system, $0 upfront, and it cuts 10%-20% off your energy bill.

Solar Lease Agreement: Similar to a PPA, but with a shorter contract. Also $0 upfront costs. Neither a PPA or a lease get tax depreciation benefit, investment tax credit, or energy rebates.

Cash Purchase / Loan: When you pay cash up front, you get the tax depreciation benefit and investment tax credit. If you’re on a grid, you get an energy bill credit, so you start saving right away. If you’re off-grid, you’ll need a battery storage system. And of course, you’ve got to stump up a lot of cash right off the bat.

Green Coast offers a free solar ROI calculator to work out which approach is best for you, along with guidance on how to use the calculator.

A drone’s view of wind farms

We know wind farms are great for green energy but have you ever thought of them as beautiful?

Patrick Guerrisi published a video yesterday on YouTube that he made using a DJI Mavic 2 Pro drone of wind farms in canola fields in Australia. The views are stunning, and you get an up-close look at the turbines, thanks to Guerrisi’s drone.

And if you’re interested in drones and all the cool things they can do, check out my colleagues’ website over at DroneDJ.

A thermoelectric generator has been built that generates light from the cold night sky, according to an article that was published yesterday in the journal Joule.

The nighttime power generation of 25 mW/m2 is sufficient for an LED light bulb and works for lighting and off-grid sensors. Researchers predict it can be made 20 times more powerful with improved engineering.

Science Daily explains how it works:

The device, developed by [lead author Aaswath] Raman, [an assistant professor of materials science and engineering at UCLA] and Stanford University scientists Wei Li and Shanhui Fan, sidesteps the limitations of solar power by taking advantage of radiative cooling, in which a sky-facing surface passes its heat to the atmosphere as thermal radiation, losing some heat to space and reaching a cooler temperature than the surrounding air. This phenomenon explains how frost forms on grass during above-freezing nights, and the same principle can be used to generate electricity, harnessing temperature differences to produce renewable electricity at night, when lighting demand peaks.

The thermoelectric device could complement solar power in areas where changing batteries in a challenge. Raman got the idea for the device in Sierra Leone, where lighting is limited.