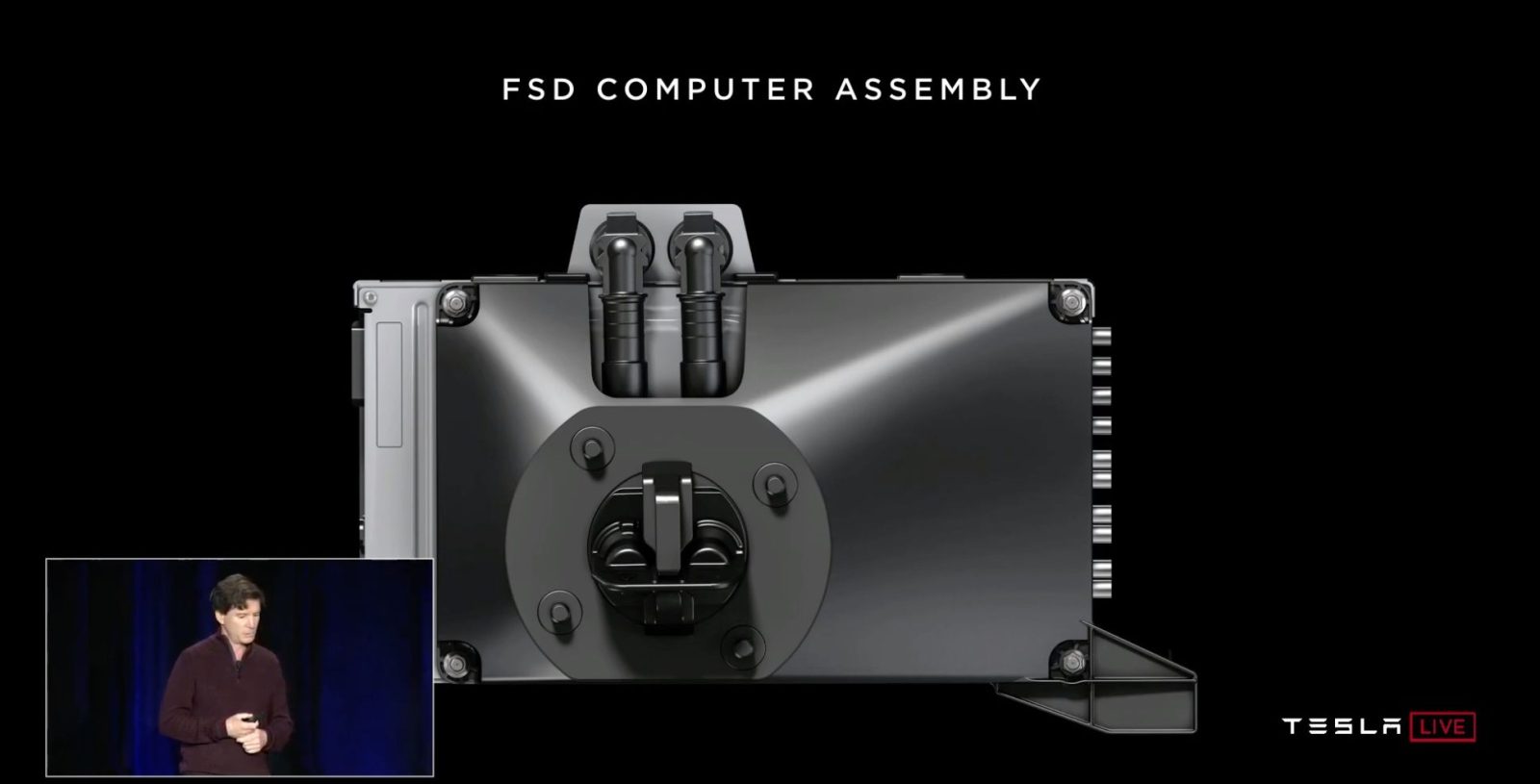 Tesla is starting to retrofit Autopilot 2.0/2.5 computers in older Model S and Model X vehicles with its new self-driving computer in what stands to be a massive retrofit program.

Earlier this year, Tesla launched its Full Self-Driving computer claiming that it is ‘objectively the best chip in the world’.

They claimed a factor of 21 improvement in frame per second processing versus the previous generation Tesla Autopilot hardware, which was powered by Nvidia hardware.

According to the company, its new computer can process 2,300 frames per second and perform 144 trillions of operation per second.

CEO Elon Musk described the new computer as what will enable them to power their vision-based full self-driving capability software to be released next year.

But Tesla has also been promising to offer a retrofit to the new computer for Tesla owners with vehicles equipped with Autopilot 2.0 and 2.5 computers who have purchased Tesla’s Full Self-Driving package.

“Anyone who purchased full self-driving will get FSD computer upgrade for free. This is the only change between Autopilot HW2.5 & HW3. Going forward “HW3” will just be called FSD Computer, which is accurate. No change to vehicle sensors or wire harness needed. This is very important.”

The new computer has been in all new Tesla vehicles since April, but we haven’t heard much about the retrofit program.

Note that retrofit only available for S/X right now, and only if Tesla internal computer pops up with item. So, not available on request yet.

But Tesla owners shouldn’t expect to necessarily get their new FSD computer any time soon.

Technically, there could hundreds of thousands of vehicles eligible for the computer retrofit.

At this time, it looks like Tesla is only starting to do the retrofit for Model S and Model X vehicles in “group 1” who are already scheduled to go into service.

Tesla owners shouldn’t expect to be able to request the retrofit at this time.

The automaker is trying to limit the cost of the retrofit by limiting it to vehicles that are already being worked on. As the production and availability of the computer ramps up, we expect that Tesla is going to expand the program.

Musk did say that Tesla’s mobile service technicians would be able to perform the computer retrofit.