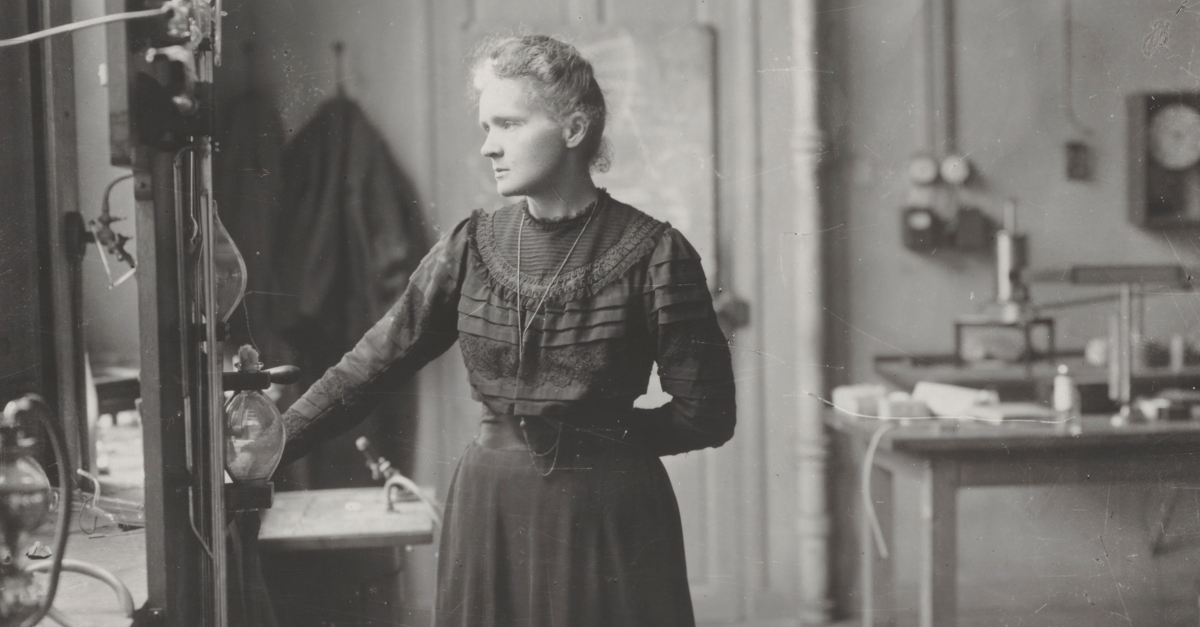 Marie Curie (pictured above) won the Nobel Prize in physics in 1903 and the Nobel Prize in chemistry in 1911. She, as the Nobel Prize website explains, “discovered polonium and radium, championed the use of radiation in medicine, and fundamentally changed our understanding of radioactivity.” So she was a truly groundbreaking scientist, but her work also had a downside: nuclear waste.

The University of Paris built Curie a lab in 1933 in Arcueil, south of Paris. The lab closed in 1978, and now it’s known as Chernobyl on the Seine, explains Bloomberg Businessweek. Curie herself died from aplastic anemia, which is linked to prolonged radiation exposure. Continues Bloomberg:

Nuclear power accounts for almost three-fourths of France’s electricity, vs. a fifth in the U.S. There’s no lasting solution for the most dangerous refuse from the country’s 906 nuclear waste sites, including some of what’s in Arcueil. Low-level material is to be sent to an above-ground storage site in northeastern France. But radium has a half-life of 1,600 years, and there are traces of a uranium isotope at the Curie annex with a half-life of 4.5 billion years.

France is moving toward green energy and away from nuclear power: “The French government has pledged to increase its renewables budget to €71 billion from 2019 to 2028, and plans to triple onshore wind power capacity by 2030.” It plans to close 14 nuclear reactors by 2035.

Tech Insider made a neat video that profiles 16 innovative inventions that could help us wean off fossil fuels. Highlights include a solar power flower and a barbecue grill that also runs off solar. There’s also a floating wind farm in Scotland, the first of its kind, and a bladeless wind turbine (see the story below about turbine blades; this could really be useful).

Check out the video:

Customer experience futurist Blake Morgan made a list for Forbes of 101 companies (and governments) who are working to reduce their carbon footprint. We obviously can’t note them all, but here’s the link to the article if you want to see the full list. Morgan describes them as using “innovative solutions and aggressive goals to see real results.”

Here are five standouts who are using green energy (and yes, of course, Tesla is on the list):

Sioux Falls, South Dakota’s Argus Leader ran a story about — wait for the irony — a bunch of turbine blades from Minnesota being dumped into Sioux Falls’ landfill. The city has put its foot down, saying it won’t take any more of the giant blades, because they’re taking up too much space. Says writer Joe Sneve:

The wind energy industry isn’t immune to cyclical replacement, with turbine blades needing to be replaced after a decade or two in use. That has wind energy producers looking for places to accept the blades on their turbines that need to be replaced.

This year, 101 turbine blades have been trucked to the city dump. But with each one spanning 120 feet long, that’s caused officials with the landfill and the Sioux Falls Public Works Department to study the long-term effect that type of refuse could have on the dump.

This case raises an important point: Wind energy is great, but manufacturers of wind turbines need to think about what happens to the enormous blades once they need to be replaced. Creating huge amounts of landfill with sustainable energy products kind of defeats the purpose of sustainability.