Tesla’s Sentry mode has captured another instance of vandalism on a Tesla vehicle and the police are trying to identify the suspect.

It was first developed to address a growing problem with break-ins that Tesla owners were dealing with especially in California, but it is now proving useful in other situations.

Several Tesla owners have captured instances of vandalism on their cars with the feature.

Earlier this year, a Tesla owner posted a video of two men keying his car for no apparent reason and the men turned themselves in after the video went viral.

Now John Ho, a Tesla Model 3 owner in Massachusetts, is in a similar situation.

He came out of Target at the South Bay Center in Dorchester, MA last Thursday to find his car having been keyed on the passenger side.

After looking at his Tesla Sentry Mode footage, he saw that the system captured the incident and the vandal perfectly:

It might not seem like much, but the vandal left a lot of damage. Ho shared a picture of the damages: 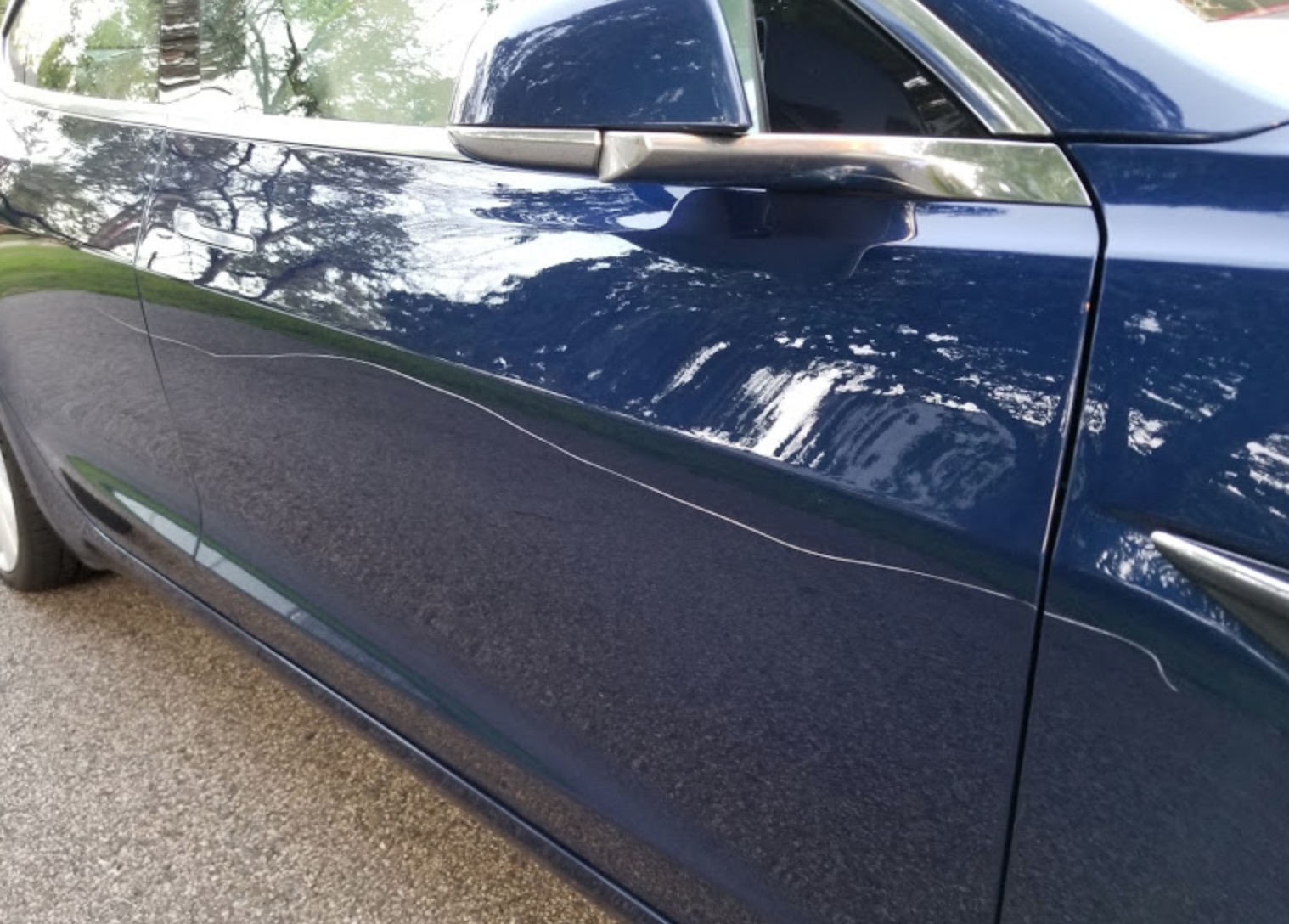 Ho says that he filed a police report and he hopes the police can ID the vandal and find him.

Tesla’s Sentry Mode has helped find vandals before on top of capturing some strange events.

We gathered some of them in our post: Tesla’s millions of cameras are capturing some crazy things.

We see Sentry Mode as a deterrent for bad actors to mess with Tesla vehicles. With already a few videos going viral, you’d think that people would know by now that you shouldn’t mess with a Tesla car if you don’t want to be “internet famous” for all the wrong reasons.

I don’t understand those people at all.

It’s such a stupid thing to do and I think most people don’t understand the extent of the possible consequences.

In Massachusetts, vandalism on vehicles can be charged as a felony offense, according to state laws, and it can come with maximum penalties of up to 15 years in prison, fines up to $5,000.

In some states, it is related to the cost of the damages. Some people might think that the cost is not that high for paint damages like that, but I’ve seen estimates at over $1,000.

Of course, people should just respect other people’s property out of common sense and not for fear of penalties, but they should know how severe the damage can be and how easy it is to get caught with Tesla’s Sentry Mode.