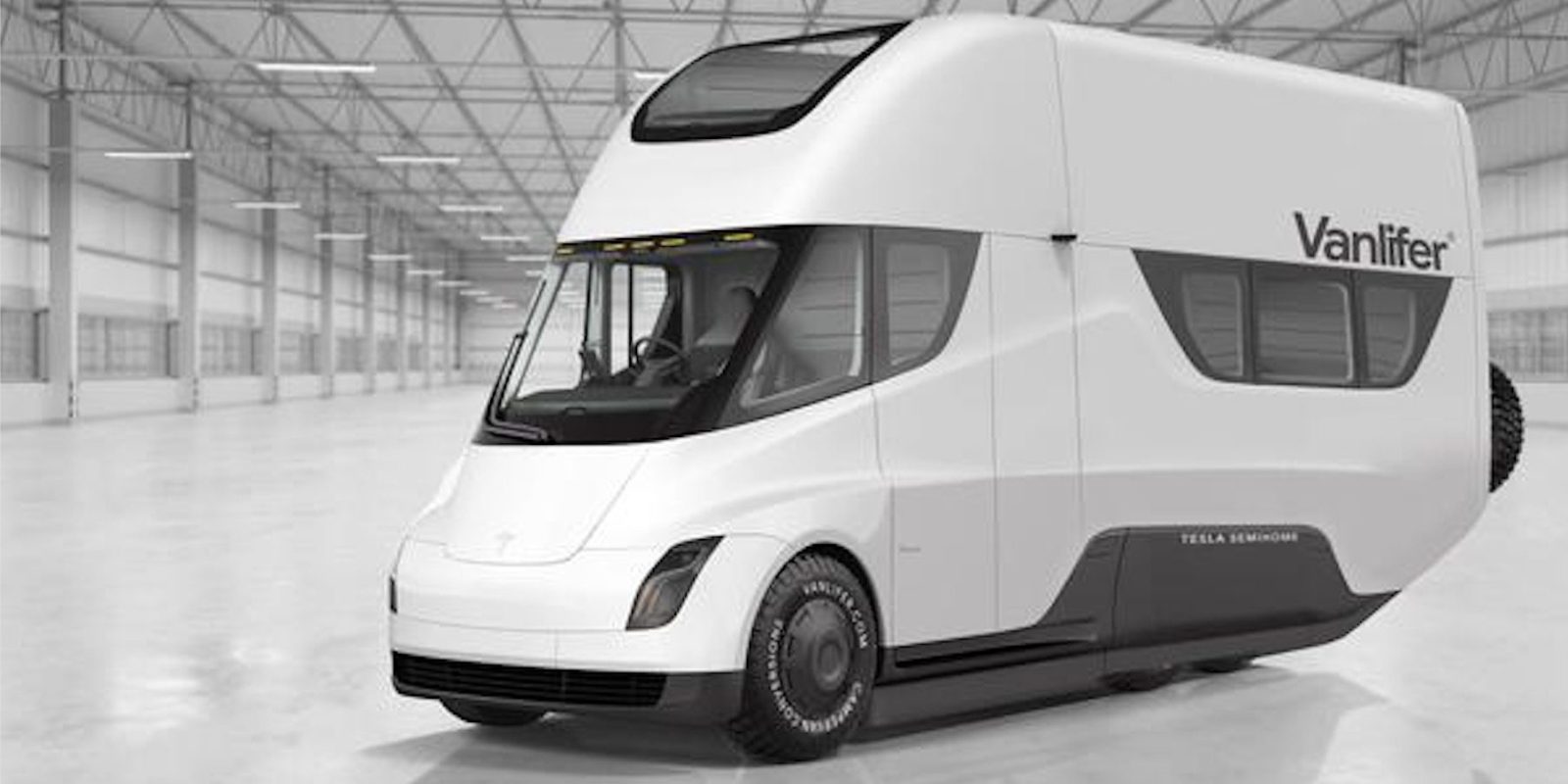 As Tesla is preparing to launch its ‘Tesla Semi’ electric truck next year, some are starting to imagine other possible applications than freight transport, like a Tesla Semi electric motorhome.

The average motorhome is a significant gas-guzzler and making it all-electric could reduce the cost of operation and the pollution from the segment.

Several companies are starting to tentatively enter the space.

With its electric range and capability, Tesla Semi could serve as the first viable platform for a long-range all-electric motorhome.

Vanlifer, a company that helps people design camper vans, believes Tesla Semi would make a great platform for a motorhome

“Not only does the Tesla Semi promise a fuel saving of $200,000 over two years, its range of up to 500 miles (fully loaded) makes it ideal for motorhomes so you can clock up some big drive days without the accompanying gas-guzzling guilt.”

They produced an early design concept for using a Tesla Semi tractor as the base for an electric motorhome:

They describe the concept shown in the render above:

“Our concept Tesla Semi-Home is a six-berth with a full kitchen, living space, toilet and all the other luxuries of high-end motorhomes and RVs.”

The company also argues that with a price of $180,000 for the 500-mile version of the Tesla Semi, it’s actually not expensive for a large luxury motorhome.

Of course, that’s before the cost of adding on the motorhome part.

Vanlifer also notes that the Autopilot, or eventually the self-driving capability, could become a big advantage of using a Tesla Semi as a motorhome:

“The enhanced autopilot also has us really excited as it means the driver has more time to take in the scenery of the drive, rather than worrying about the driving itself.”

What do you think of Vanlifer’s Tesla Semi electric motorhome concept?

I hope someone really makes that happen when the Tesla Semi becomes available.

How fun would it be to get into a Tesla Semi motorhome, drive it, or let drive you, 500 miles to a camping location without spending a dime on gas?

Once you get there, you plug in your Tesla Semi motorhome and go explore on electric bikes.

Camping grounds are often already equipped with electrical outlets, but I could see the industry evolving and catering to new electric motorhomes with more powerful charging solutions.

I think it’s a space that is primed to be electrified.