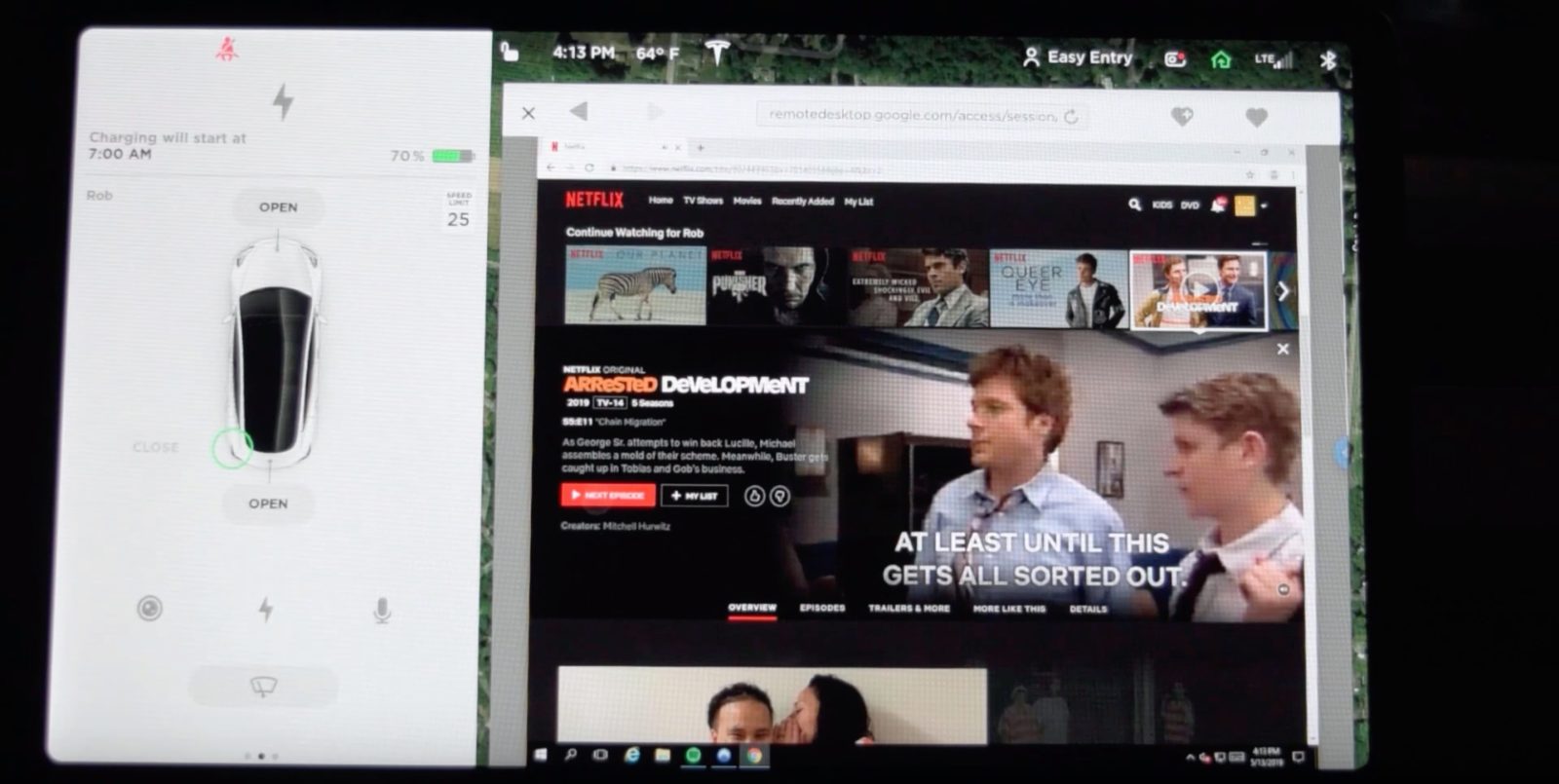 Elon Musk says that Tesla will ‘soon’ allow owners to stream YouTube and Netflix inside its vehicles and he hypes the experience as “amazingly immersive” with a “cinematic feel.”

While Tesla’s Model S and Model X are equipped with a 17-inch screen and the Model 3 has a 15-inch display, the video playback capacity is locked to only work for the rear camera feed and cannot play any other video content.

That remains true whether the vehicle is being driven or even if it is parked.

However, Tesla has been talking about starting to enable streaming inside its vehicles when they are parked.

Musk recently said that Tesla is planning to add a video streaming feature to the center screen in ‘version 10’ of its software, but it hasn’t been clear when that update is coming.

Today, the CEO said that Tesla is going to release the streaming feature “soon”:

Ability to stream YouTube & Netflix when car is stopped coming to your Tesla soon! Has an amazingly immersive, cinematic feel due to the comfy seats & surround sound audio.

He also hyped the feature for being “amazingly immersive” with a “cinematic feel” du to “the comfy seats and surround sound audio” inside Tesla vehicles.

The main use of the upcoming new feature is expected to be when stopped to charge on a road trip.

Musk also previously said that Tesla’s video streaming would only work when paired with Wifi access in order not to use the bandwidth of the in-car cellular connection, which would become expensive for Tesla since it’s included in most vehicles.

As we previously noted, Tesla has designed the Model 3’s interior to be geared toward autonomous driving and media consumption is expected to become even more important inside vehicles with the advent of fully autonomous driving.

The Model 3’s center screen would be a good example. The landscape format instead of the Model S/X’s vertical screen design is more appropriate for videos.

Even though Elon is talking about streaming video while parked right now, I think we are going to see Tesla focus more on taking advantage of that screen for media content after they figure out autonomous driving.

At first, it sounded like it would be released with version 10 of Tesla’s software, but now Elon is talking about the feature coming “soon.”